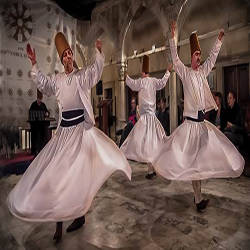 The Islamic definition of Bid’ah:

said: “A Bid’ah is anything that has no basis in the Quran, Sunnah or sayings of any of the companions

said: “A Bid’ah is any form of worship that did not exist (at the time of the Prophet, sallallaahu alayhi wa sallm, and his companions) then later it was innovated.”

said: “A Bid’ah is any form of worship which has no basis in the Sharee’ah (Islamic Law).”
General rules to recognise a Bid’ah:

• Any act of worship which is based on a fabricated narration, like the prayer in the month of Rajab which is called the prayer of Raghaa’ib.

• Any act of worship which the Prophet

did not perform, although there were no preventing factors, like uttering the intention before beginning the prayer, calling Adhaan for any prayer other than the five obligatory ones or praying after finishing Sa’y between mount Safaa and Marwah.

• Any habitual act performed with the intention of pleasing Allah which Islam did not consider as an act or worship, such as: wearing coarse woollen clothes, continuous silence, refraining from eating bread or meat, etc.

• Performing prohibitions acts with the intention of pleasing Allah, such as singing songs about Him.

Moreover, all acts of worship must be performed in exactly the same manner as the Prophet

did them. This cannot be achieved unless the following six conditions are fulfilled:

1. The act of worship must coincide with the Sharee’ah in the reason for which it is done, or else it would be rejected. Therefore, celebrating Al-Mawlid is a Bid’ah because it is performed as a rewardable act, despite the fact that it has not been legislated.

2. The act of worship must coincide with the Sharee’ah in its category. Therefore, it is not acceptable if a person were to slaughter a horse instead of a camel or goat as a sacrifice after Hajj.

4. The act of worship must coincide with the Sharee’ah in the manner in which it is performed. Therefore, if someone were to begin ablution by washing his feet instead of his hands, then this act would be unacceptable.

5. The act of worship must coincide with the Sharee’ah in the timing of its performance. Therefore, praying noon prayer after sunset is unacceptable.

6. The act of worship must coincide with the Sharee’ah in the place in which it is performed. Therefore, one cannot perform stand on a mountain other than ‘Arafah during Hajj.

The dangers of Bid’ah and their evil effects:

• Bid’ah is a pre-cursor to disbelief.

or claiming that he

• Igniting disputes among the Muslims.

of not completely conveying the message of Islam.

Claimed 'evidences' of the Innovators and their refutations:

answered those who attempt to use this narration as evidence of the permissibility of innovating by saying: "Using this narration as an evidence (to innovate) implies that different evidences contradict one another (because in other narrations, the Prophet

unequivocally warned against innovating)." Then he said: "The context of this narration is that it was said in a situation where charity was being given, and charity is something already legislated. The proof of this is actually to be found in the very same narration, if you were to read it all, as Jareer Ibn 'Abdullah Al-Bujali

said: "We were with the Prophet

(in the mosque), just after dawn one day when some people entered barefooted and clad in woollen matting (or covered with sleeveless woollen blankets) with their swords hung around their necks. Most of them belonged to the tribe of Mudhar. The face of the Prophet

turned pale due to their wretched condition. Then, the Prophet

went into his house, re-emerged and commanded Bilaal to call the Adhaan, and the Iqaamah and then he

stood up and addressed the people by the Words of Allah from Quran (what means): “O mankind! Fear your Lord, who created you from one soul and created from it its mate and dispersed from both of them many men and women. And fear Allah, through whom you ask one another, and the wombs. Indeed Allah is ever, over you, an Observer.” [Quran; 4:1] “O you who have believed! Fear Allah. And let every soul look to what it has put forth for tomorrow – and fear Allah. Indeed, Allah is Acquainted with what you do.” [Quran; 59: 18]. Then, the Prophet

said: “Give in charity from (what you possess of) Deenaars (gold coins) and Dirhams (silver coins) a Saa’ (a small measure of weight) of wheat or even a Saa’ of dates.” until he

said: “Give, even if it as little as half a date.” Thereupon, a man from the Ansaar (residents of Madeenah) came with a bag of food which was so heavy that it was difficult for him to carry. Thereafter, people came successively until I saw two huge piles of food and clothes, and the Prophet’s

face was bright as a glittering golden coin (due to his happiness). Then the Messenger

Therefore, it is obvious that this narration refers to deeds that are already legislated and proven to already exist in the religion, which in this case was giving charity.