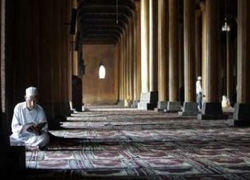 Ibn Mas‘ood, may Allah be pleased with him, said that he and others were there when the Prophet,

, said: “O young people, whoever of you can afford marriage should marry because it is more (conducive to) lowering the gaze and more protective of the private parts; and whoever is not able to marry should fast, because fasting diminishes his sexual desire.”  [Al-Bukhari and Muslim]

Jaabir ibn ‘Abdullaah, may Allah be pleased with him, said, “A young man came to the Prophet

seeking his permission to have himself castrated. The Prophet

said to him:‘Fast and ask Allah to grant you from His bounty.’” [Ahmad]
‘Abdullaah ibn ‘Amr, may Allah be pleased with him, said that a man came to the Prophet,

, said:“Fasting and performing voluntary prayer at night are the castration of my Ummah (nation).” [Ahmad]
Benefits and rulings:
First: The keenness of the Companions, may Allah be pleased with them, to obey Allah The Almighty, their fear of disobeying Allah, their asking about their religious issues and problems and their devoting their concerns to the Hereafter.
Second:  Castration is a prohibited means to put an end to a
man’s sexual desire. Such a prohibition indicates that castration is unlawful in Islam.
Third: It is permissible for the one who does not have the financial ability to marry to take drugs that could diminish sexual desire, based on the order of the Prophet,

, to lessen sexual desire by fasting.
Fourth: Marriage is a virtue for those who can afford it. It is an act of worship and a favor from Allah The Almighty.
Fifth: Those who cannot afford marriage should supplicate to Allah and invoke Him, the Almighty, to grant them from His favor and bounty, in addition to observing fasting until Allah grants them the financial ability to afford marriage.
Sixth: Enjoying good and lawful things such as food, drinks and women is one of the features of the guidance of the Prophet,

. Abstaining from these lawful pleasures under the pretext of worshipping Allah contradicts the Sunnah of the Prophet, 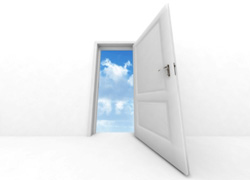