Prophet Muhammad’s Treatment of Women - I 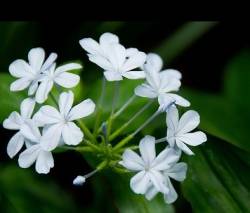 The relations that bind men and women together have existed since the beginning of humanity. In the Quran, Allah The Almighty Says (what means): {O mankind, fear your Lord, who created you from one soul and created from it its mate, and dispersed from both of them many men and women. And fear Allah, through whom you ask one another, and the wombs. Indeed Allah is ever over you, an Observer.} [Quran 4: 1]

Men and women all originated from one couple: Aadam, may Allah exalt his mention, and his wife Hawwaa, who was created from him. Their offspring multiplied and resulted in huge nations, and all through the centuries, the woman retained her role as the partner of man. This remained the case until recent times, when people started following their own desires and there arose differences of opinion with regards to women, their status and their role in the community and home. Many people now see women as a commodity – a cheap commodity that men can freely enjoy.
In pre-Islamic times, the treatment of women varied in different religions and cultures. For example, during her menstrual period, a Jewish woman was considered unclean and was not allowed to eat or drink with others. The Christians deemed the woman an impure creature who was not fit to touch the Scripture. In the times of Jaahiliyyah (the Age of Ignorance before Islam), some girls would be buried alive at birth or at a very young age. If they lived, they were considered their male guardian’s property, and could even be inherited.
Islam came to honor women, elevate their status and make them important members of the community. Certainly, the one who set the highest and best example in the way women should be treated was the Prophet,

.
His treatment of his wives, may Allah be pleased with them: Allah The Almighty instructs us to treat women kindly when He Says (what means): {…and live with them in kindness...} [Quran 4: 19] Ibn Katheer

said commenting on this verse, “[The] meaning [is], talk to them with kind words, treat them gently and beautify yourselves to them according to your ability, as you would like them to do for you.” The Prophet,

, would treat his wives kindly, always smiling at them, joking with them, spending on them generously and entertaining them. He,

would meet all his wives every night in the house of the one with whom he would spend that night. He would eat dinner with them all, and then each of them would go back to her apartment. He would return home after the ‘Ishaa` prayer and converse with his wife before going to sleep. Indeed, he was as Allah The Almighty described him, Saying (what means): {There has certainly been for you in the Messenger of Allah an excellent pattern for anyone whose hope is in Allah and the Last Day and [who] remembers Allah often.}[Quran, 33: 21]
`Aa’ishah, may Allah be pleased with her, said, “Once I went to see the Prophet

was in the house of Sawdah, and I had a plate of food that I had cooked for him. The Prophet

sat between me and her, and then I said to Sawdah, ‘Eat,’ but she refused. So I said, ‘Either you eat or I will smear your face with this food,’ but she insisted that she would not eat. Thereupon, I took some of the food and smudged her face with it. The Prophet

laughed and took some of the food from the plate and placed it in her hand and said to her:“Smudge her face (in return)” and he laughed. ‘Umar came over and called out, seeking permission to enter, so he

commanded us to go in and wash our faces.” [Abu Ya’laa]

Nurturing the Companions on Noble Morals and Purifying Them from Vice