Seeking Allah’s reward: The merchandise of the sincere 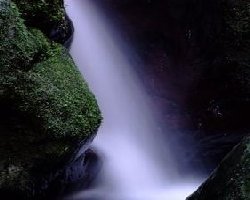 Undoubtedly, whatever Allah The Almighty promises a person is the best and everlasting too, as He The Almighty Says (what means): {But what is with Allah is better and more lasting for those who have believed and upon their Lord rely.}[Quran 42:36] Not only will a person find the complete reward for the good deeds he has offered with Him, but he will also find his reward multiplied, as Allah The Almighty Says (what means): {And whatever good you put forward for yourselves - you will find it with Allah. It is better and greater in reward.} [Quran 73:20] Herein lies the importance of hoping for the reward of Allah The Almighty that has various forms and meanings; for example:

- Hoping for the reward of Allah The Almighty when performing good deeds that are dedicated solely to Him. When the slave observes this great meaning while performing good deeds, this would fend off evil thoughts such as desiring fame, ostentation, seeking people’s praise and other diseases of the heart that render deeds worthless or at the very least decrease their worth. This is because the person would have centered his objectives on pleasing Allah The Almighty and being granted the reward from Him. At this point, he would attain an immense reward, as the Prophet,

, said: “Whoever observes fasting during the month of Ramadan, with faith and hope for the reward of Allah The Almighty, his past sins will be forgiven.”
Abu Hurayrah, may Allah be pleased with him, narrated that the Prophet,

, saying: “Any Muslim who suffers a calamity and says what Allah has commanded him to say: ‘Innaa lilaahi w’innaa ’ilayhi raji‘oon. Allahuma’jurni fi museebati wakhluf li khayran minha. [Indeed we belong to Allah and to Him we shall return; O Allah, reward me for my affliction and grant me what is better]’, undoubtedly, Allah The Almighty will reward him with what is better.”Umm Salamah, may Allah be pleased with her continued,“When [my husband] Abu Salamah died, I said, ‘Who amongst the Muslims could be better than Abu Salamah? His family was the first to emigrate to the Messenger of Allah

.’ I then said this supplication and Allah The Almighty rewarded me by letting me marry the Prophet