The Four Aspects of Belief in Al-Qadr (Divine Decree) 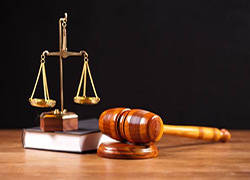 Al-Qadr is an Arabic word meaning Allah’s predestination of measurements and sustenance of everything and everyone, according to His Knowledge and Wisdom. It comprises the following four aspects:

2. Pre-Recording - The belief that Allah recorded everything in a Tablet that He kept with Himself, called 'Al-Lawh Al-Mahfooth' (The Preserved Tablet). Allah Says (what means): “Do you not know that Allah knows what is in the heaven and earth? Indeed that is in a Record [i.e., Al-Lawh Al-Mahfooth]. Indeed that, for Allah, is easy.” [Quran 22:70] Abdullaah bin 'Amr bin Al-'Aas

4. Creation - The belief that Allah created all creation, all what they possess of attributes, and all their actions. Allah Says (what means): “Allah is the Creator of all things, and He is, over all things, Disposer of affairs.” [Quran 39:62] And (what means): “…He has created each thing and determined it with [precise] determination.” [Quran: 25:2] Also, Ibraheem

Believing in Al-Qadr, as described above, does not mean that people have no power over the actions they choose to take. The Sharee’ah (Islamic Law) as well as reality, confirm man has a will of his own:

As for the Sharee’ah, Allah Says about one’s own will (what means): “…So he who wills may take to his Lord a [way of] return [by obeying his commandments].” [Quran 78:39] And (what means): “So come to your place of cultivation however you wish …” [Quran 2:223] As for one’s own power over his actions, Allah Says (what means): “So fear Allah as much as you are able and listen and obey…” [Quran 64:16] And (what means): “Allah does not charge a soul except [with that within] its capacity. It will have [the consequence of] what [good] it has gained, and it will bear [the consequence of] what [evil] it has earned…” [Quran 2:286]

As for reality, every human knows that he has a power and a will of his own. He uses his power and will to indulge in or avoid actions of his choice. People distinguish between what they do by their own power and between what they have no power over, like shivering due to illness or the extreme cold. However, the power and will of mankind is under the control of Allah’s Will and Power; Allah Says (what means): “For whoever wills among you to take a right course. And you do not will except that Allah wills – Lord of the worlds.” [Quran 81:28-29]. The universe is Allah’s property and nothing happens in His Kingdom without His Knowledge and Permission.

Belief in Al-Qadr, as explained above, does not provide an excuse for mankind to sin or abandon what they are obligated to do. This excuse can be refuted by the following seven arguments:

1. Allah Says (what means): “Those who associated with Allah will say: 'If Allah had willed, we would not have associated [anything] and neither would our fathers, nor would we have prohibited anything.' Likewise did those before deny until they tasted Our punishment. Say: 'Do you have any knowledge that you can produce for us?' You follow not except assumption, and you are not but falsifying.” [Quran 6:148] The disbelievers did not have a valid excuse when they said that what they did was according to Al-Qadr. If this excuse was valid, then why will Allah punish them for their sins?

2. Allah Says (what means): “[We sent] messengers as bringers of good tidings and warners so that mankind will have no argument against Allah after the messengers. And ever is Allah Exalted in Might and Wise.” [Quran 4:165] Sending the Messengers also took place according to Al-Qadr. This is why the disbelievers cannot use Al-­Qadr as an excuse for not believing, because Al-Qadr provided them with the means to escape Allah’s punishment by following His Messengers, may Allah exalt their mention.

said: “The final destination, in Hell or Paradise, is already determined for each one of you.” A man said: “Should we depend on this fact, O Messenger of Allah?" (Meaning, to abandon doing good deeds) He

said: “No! Perform (good) deeds, because everyone will be helped (to go on the path that he chooses and reach his destiny).” Then he read the verse (which means): “As for he who gives [in charity] and fears Allah.” [Quran 92:5]”

4. Allah conveyed His commandments to His slaves and did not require them to do what is beyond their capacity; He says: “So fear Allah as much as you are able…” [Quran 64:16] And: “Allah does not charge a soul except [with that within] its capacity…” [Quran: 2:286] If the slave is forced to do whatever deeds he performs, then Allah would have required from him what is beyond his capacity, and this is a false belief. For this reason, Allah forgives sins that take place because of ignorance or forgetfulness.

5. Al-Qadr is a matter of Allah’s Knowledge. No one can uncover his own Qadr except after it occurs. One’s intention to perform a deed precedes the action itself. He does not know what Al-Qadr holds for him. Therefore, Al-Qadr is not a valid excuse for sinning and abandoning the commandments of Allah.

6. One always seeks what is convenient for him. No one of sane mind would abandon what brings material benefit to him, saying that Al-Qadr forced him to take this course of action. Therefore, why would one use Al-Qadr as an excuse for abandoning what brings benefit to him in matters of religion and not do the same for matters of life?

7. If one of those who abandon the commandments of Allah and indulge in sinning comes under attack of his honour or possessions, would he accept the excuse of the attacker, if he says that he attacked him because it was his Qadr to attack him, and therefore he is not to be blamed? Indeed no!

Therefore, why does this person refuse Al-Qadr as an excuse for whoever attacked him, and at the same time use Al-Qadr as his excuse for abandoning Allah’s rights on him?
It was reported that a man who was caught stealing was brought to 'Umar Ibn Al-Khattab

who ordered that this man’s hand be cut off. The man said: “Wait, O leader of the believers! I only stole because this was in the Qadr of Allah." 'Umar

replied “And we are amputating your hand because it is in the Qadr of Allah.”