A husband's responsibilities towards his family 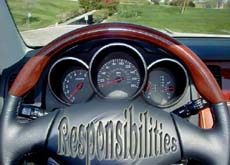 Etiquettes pertaining to the Husband

1.      It is not from the deficiencies, but rather from good manners, that the husband shares in the responsibility of specified matters, such as the mending of garments or what is similar to that.

2.      It is appropriate for a man to not restrict himself from serving himself. This is since the wife takes care of the household affairs. So therefore, it is from good manners that the husband extends a helping hand to his wife in the house, during times of necessity, such as when she is sick, pregnant, has given birth or similar to that.

3.      The exemplary husband is he who cooperates with his wife by bearing good relations and showing kind manners (to her), according to the full extent of the meaning contained in these (last) two expressions. Truly, the husbands who are best at working alongside their wives are the best of mankind in the view of Islam.

5.      From the kind and noble manners of the husband is that he complies and assents to the requests of his wife, so long as they are not forbidden in Islam.

6.      The husband should specify a time in which he can play around and pass free time with his wife.

7.      The relationship between the spouses must contain one singular and specific nature. And it cannot be this way unless the couple begin demolishing all the obstacles and impediments that stand between them. For example, the husband should not feel timid and restrain himself from drinking out of the same cup that his wife drinks out of.

8.      There is no human being that is perfect. So there is no doubt that the husband will see things in his wife that do not comply with his natural disposition and preferences. If these aspects are not in opposition to the fundaments of Islam or to the obedience of the husband and his rights, then at that point, he should not try to change her personality. He should also remember that if there are some characteristics that he doesn't find pleasing in his wife, then indeed she has other characteristics, which are definitely pleasing to him.

10.   Do not chase after the small errors of your wife and recount them to her, for too much blaming and reprimanding will worsen the relationship between the two of you, and it will pose a threat to your marital life.

11.   If you are able, do not hold back from providing your wife with good clothing and food, and from being generous in spending money on her. This is of course according to the extent of your ability.

12.   Do not give little importance to implementing the punishment required for any acts in opposition to the Islam, which your wife has committed, whether it is in the home or outside it. This should be the only reason that causes you to become angry.

13.   What has been stated previously does not mean that you should leave matters alone until that result comes to happen. Thus, whenever you realize that a matter is left alone, weigh it with seriousness and determination, without being too harsh or rude about it.

14.   Do not attempt to meddle into your wife’s housework affairs that do not fall into your area of duties and responsibilities, such as the food and the order of the house because woman like to put their personal touch on the house (her kingdom).

15.   Beware of scolding your wife or blaming her for a mistake she committed, in the presence of others, even if they are your own children. For indeed that is an act that goes against correct behavior and it will lead to raising anger in the hearts of people.

16.   If you are forced to place punishment upon your wife after having adviced her and she didn’t respond then let it be by staying away from her at bedtime. And do not boycott her except that it is done within the household. And avoid using foul language, insulting her, beating her and describing her with repulsive names.

17.   Having jealousy and caring about the bashfulness of your wife is a praiseworthy thing, which shows your love for her. However it is on the condition that you do not go to great extremes in this jealousy. For then at that point, it would turn into something worthy of no praise.

18.   Entering the house: Do not alarm your family by entering upon them suddenly. Rather, enter while they are aware of it, and greet them with Salaam. And ask about them and how they are doing. And do not forget to remember Allah, the Mighty and Sublime, when you enter the house.

19.   Beware of spreading any secrets connected with the intimate encounters you have with your wife, for that is something restricted and forbidden.

21.   Guardianship of your wife doesn't mean that you can exploit what Allah has bestowed upon you from taking charge of her, such that you harm and oppress her.

23.   Too much joking will lead to (your family having) little fear (of disobeying you) and a lack of respect for you.

24.   Be prompt in fulfilling the conditions, which you promised to your wife during the pre-marriage agreement.

25.   When you lecture your wife or reprimand her or simply speak to her, choose the kindest and nicest of words and expressions for your speech.

26.   It is not proper for you to ask your wife to look for work outside of the house or to spend upon you from her wealth.

27.   Do not overburden your wife with acts that she is not able to handle. Consider, with extreme regard, the environment she was raised up in. Rural service is not like urban service, and the service of a strong woman and her preparation for it is not like the service of a weak woman.