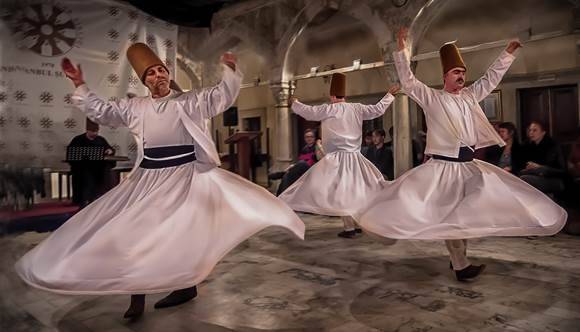 remarked upon seeing people praying Taraweeh in congregation that: “This is a good Bid’ah.” [Al-Bukhari]

said: "Any words from the Salaf (righteous predecessors) considering something as a good Bid’ah were meant in the linguistic and not the Islamic sense, such as the above quoted saying of ‘Umar

said: “It is obvious that he was referring to the companions of the Prophet

and he was talking exclusively about those things that they had a unanimous consensus on, it does not include others. This is besides the fact that these were the words of a companion and not the Prophet’s

said: “This categorization of Bid’ah is something new which has no supportive evidence to it, moreover, it contradicts the definition of Bid’ah, because any deed which has an evidence which legislates it to be obligatory, recommended or allowed is by definition not an innovation, and it would have been included in the general recommendation of good deeds. Therefore, considering a matter to be a Bid’ah yet claiming the existence of an evidence to recommend it is a contradiction in terms.”

• The sole use of ration with no reference to the Islamic texts (Quran and Sunnah).

• Dependence on weak or fabricated narrations.

• Extreme reactions to others’ errors.

• Blind imitation of the masses.

• Not following the instructions of sincere scholars.

• Warning against its dangers and evil effects.

• Calling people to adhere to the Quran and Sunnah.

• Distinguishing between weak and the authentic narrations.

• Spreading knowledge and correcting the people’s understanding of faith, worship, morals and deeds.

• Warning against the innovators.

• Receiving knowledge from the correct sources.

Allah Says (what means): “And whoever opposes the Messenger after guidance has become clear to him and follows other than the way of the believers – We will give him what he has taken [i.e., make him responsible for his choice] and drive him into Hell, and evil it is as a destination.” [Quran 4:115]

Allah Says (what means): “…This day I have perfected for you your religion and completed My favour upon you and have approved for you Islam as a religion…” [Quran 5:3]

Allah Says (what means): “And [moreover], this is my path. Which is straight, so follow it; and do not follow [other] ways, for you will be separated from His way. This has He instructed you so that you may become righteous.” [Quran 6: 153] Mujahid

commended: “The other ways mentioned are desires and innovations.”

Allah Says (what means): “So let those beware who dissent from his [i.e., the Prophet's] order lest trials strike them or a painful punishment.” [Quran 24: 63]

• “Allah does not accept the repentance of an innovator until he abandons his innovation.” [At-Tabarani and Al- Bayhaqi]

• “He who lives long enough will see many things which he will not recognize, therefore, hold on to my Sunnah and that of the rightly guided caliphs who succeed me; bite onto it (i.e., my Sunnah) with your molars. Stay away from innovations, because every innovation is misguidance.” [Ahmad and Abu Dawood]

• “He who does something which is not according to what we are upon, then it is rejected.” [Al-Bukhari and Muslim]

• “I will be ahead of you in reaching my fountain, and there will be people who will be prevented from reaching it, therefore, I will say: 'My Lord! These are my followers!' It will be said: 'You do not know what they innovated and altered after you.' (i.e., after your death) Therefore, I will say: 'Let those who altered (the religion) be kept away (in a humiliated place).” [Al-Bukhari and Muslim]

Related words of the Salaf:

said: “Follow (the Sunnah) and do not innovate, because you have been sufficed.” [Ad-Darimi] He also said: “Practicing a little of the Sunnah is far better than practicing many innovations.” [Al-Hakim]

said: “Do not perform any act of worship which was not practiced by the companions of the Prophet

because the early people did not leave anything unaddressed…so follow the way of those who were before you.”

said: “Fear Allah, follow (the Sunnah) and do not innovate.”

was circumambulating the Ka’bah with Mu’awiyah Ibn Abu Sufyan

during Mu’awiyah’s reign. Mu’awiyah would touch all four corners of the Ka’bah while circumambulating and so Ibn ‘Abbas remarked: “The Prophet

only touched two corners (the black stone and the Yemeni corner).” Mu’awiyah replied: “No part of the house of Allah should be neglected.” Thereupon, Ibn ‘Abbas recited the verse (what means): “There has certainly been for you in the Messenger of Allah an excellent pattern (i.e., example to be followed) for anyone whose hope is in Allah and the Last Day and [who] remembers Allah often.” [Quran 33:21] Upon hearing this, Mu’awiyah refrained.

: “At which point do I initiate my state of Ihram?” He replied: “From Thul Hulayfah - where the Prophet

did so.” The man retorted: “I wish to do it from the area beside the grave of the Prophet

said: “Do not do that, for I fear that if you do so, you will be afflicted with trials.” The man replied: “Why would I be afflicted with trials? All I wanted was to do it from a place which is only a few miles away from where you told me!” Imam Malik said upon hearing this: “What can be more serious than feeling that you performed a righteous deed that the Prophet

failed to do? I heard the Saying of Allah (what means): “So let those beware who dissent from his [i.e., the Prophet's] order lest trials strike them or a painful punishment.” [Quran 24:63]