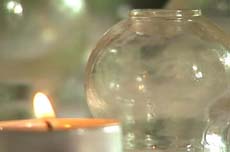 The word hijaamah (cupping) comes from the word hajm which means sucking, as in the phrase hajama al-sabiy thadya ummihi (the infant suckled his mother's breast). Al-Hajjaam means the cupper, hijaamah is the profession of cupping, and the word mihjam is used to describe the vessel in which the blood is collected and the lancet used by the cupper.)

In fiqh (Jurisprudence) terminology, the word hijaamah is applied by some scholars to the extraction of blood from the nape of the neck by means of cupping after making an incision with the lancet. Al-Zarqaani

stated that cupping is not limited to the nape of the neck, rather it may be done on any part of the body. This was also the view of al-Khattaabi

In conclusion, hijaam refers to the extraction of blood from the body by means of cupping using a suitable vessel or whatever modern equipment serves the same purpose.

said: 'Healing is in three things: drinking honey, the incision of a cupper, and cauterizing with fire, but I forbid my Nation to use cauterizing.'

narrated that Anas Ibn Maalik may Allah be pleased with him was asked about the earnings of the cupper, and he said:

was treated with cupping by Abu Taybah may Allah be pleased with him. He

ordered that he (Abu Taybah may Allah be pleased with him) should be given two saa' (quantity unit) of food, and he spoke with his masters so that they reduced what they used to take from his earnings. And he

said: 'The best medicine with which you treat yourselves is cupping, or it is one of the best of your medicines.'

It was narrated that Jaabir Ibn 'Abdillaah may Allah be pleased with him said: I heard the Messenger of Allah sallallaahu alyhi wa sallam say: 'If there is anything good in the medicines with which you treat yourselves, it is in the incision of the cupper, or a drink of honey or cauterization with fire, but I do not like to be cauterized.' (Al-Bukhari, Muslim).

Cupping has real benefits in treating many diseases, past and present. The diseases which have been treated by cupping and for which it has been of benefit by Allah's Leave include the following:

2-     Treating blood pressure and infection of the heart muscle

3-     Diseases of the chest and trachea

5-     Pain in the neck and stomach, and rheumatic pain in the muscles

6-     Some diseases of the heart and chest, and pain in the joints

In addition, cupping may offer a unique treatment which may reduce pain, and it does not have any side-effects. For more information on the benefits of cupping see Zaad al-Ma'aad by Ibn Al-Qayyim

How cupping is done:

The mouth of the cupping vessel (nowadays they use glass vessels) is placed on the skin at the site chosen for cupping. Then the cupper rarefies the air inside the vessel by burning a small piece of paper or cotton inside the vessel (the old method), so that the mouth of the vessel will cling to the skin. Sometimes a machine is used instead of the method described above. The vessel clings to the skin and is left for a period of three to ten minutes.

Then it is lifted off and a very small incision is made in the skin using a clean sharp instrument such as a razor blade or the like. Then the cup is put back in the same manner as described above, until it is filled with the bad blood that comes out of the veins. Then it is taken off, and may be put back once more if needed. When it is finished and the cup is taken away, a dry dressing is placed over the site of the incision.

Before ending we should point out that no one should undertake cupping except one who can do it well, because of the harm that may result if it is done by one who is incompetent.