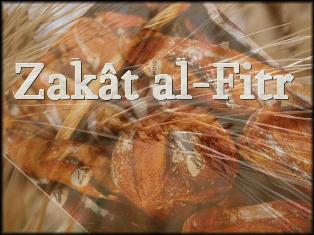 The scope of worship in Islam is universal, in the literal sense. For the Quran tells us that each and every constituent of creation near or far, seen or unseen, animate or inanimate­­­­ worships The True and Only God. {Indeed, every being in the heavens and the earth but comes to the All-Merciful as a worshipper.} [Quran 19:93] It is only human beings, then, that are called upon to voluntarily join in the wonderful symphony of worshipful creation.

Islam's five pillars are the cornerstones upon which we build such an outstanding and worshipful life. But no such establishment of a dignified life of faith on earth, either personally or socially, can take place without one essential pillar that represents the intersection of our professed convictions and our practical lives. Zakah is that pillar, for it is the primary instrument that Allah has placed at our disposal to spiritually and socially uplift every Muslim and the entirety of our community and thereby to assert a benevolent hand for the commonweal of humanity. Among Zakah's most blessed manifestations - and certainly its most widespread - is the obligatory annual giving of the Zakatul-Fitr charity, before the solemnizing of Ramadan by 'Eed Prayer.

. There is some minimal discrepancy, or difference, in determining this weight based upon the conversion of quantities of varying items (dates and wheat, for example) into a unified measure. Thus, a Saa' is now estimated to be equal to anywhere from 2.176 to 2.25 kilograms, or just under 5 lbs.

The classical Maaliki, Shaafi'i and Hanbali positions on the type of Zakatul-Fitr offering discusses payment only in terms of weights and measures of provisions, or foodstuffs. It is the Hanafi opinion, however, that holds sway in this matter, which states that Muslims may give the price of Zakatul-Fitr, originally determined for grains and dates, in contemporary currency equivalents. They argue this position on the basis of a higher good or more practicable benefit, saying that money enables the needy person to buy what he or she deems to be most desirable or necessary on the day of 'Eed. They point out that a person may, for example, not be in need of a provision of corn, or the like, but rather in want of clothing, or meat, etc.

Who is liable for the Zakatul-Fitr Payment

As we have noted previously, every Muslim is liable for the payment of Zakatul-Fitr, provided food exists for one, and one's dependents, for 'Eed eve and the following day. Knowing now what a Saa' is, in terms of its contemporary weight equivalents, we can be more exact in defining who is liable to make the Zakatul-Fitr payment. Every Muslim, whether rich or poor, who possesses (or has stored on his behalf) grains, or similar foodstuffs - or the monetary means of achieving the like of this - sufficient for one's sustenance, and that of one's dependents for a full night and day, must give Zakatul-Fitr.

said: "Give Zakatul-Fitr on behalf of [all your] dependents." [Al-Bayhaqi], for he indicated that Zakatul-Fitr would purify the wealth of the rich and be the cause of Allah giving more to the poor than what they have given. Thus whoever meets the feeding requirements for his or her family must pay the Zakatul-Fitr payment for each and every household member.

The Shaafi'i and the Hanbali schools of jurisprudence state that a Muslim should give the Zakatul-Fitr payment on behalf of him - or herself and on behalf of every single person under his or her care—including one's wife; children (even if they are older but still dependent, or ineligible to make the payment according to Zakatul-Fitr requirements); parents (if they are poor or dependent); and any others who are established dependents of the household (such as foster children, orphans, and the like).