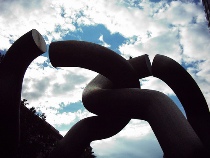 We must feel for the mother in-law: Some mothers in-law have an unintended and uncontrollable feeling of rejection and resentment towards their daughters in-law. This could be caused by one of the following three reasons:

First: The eldest son is a source of compassion and love which mothers benefit from, especially at old age; therefore, they would not have good feelings towards those whom they think would deprive them from such a source.

Second: The mother, who has spent her entire life raising and caring for her children, finds it difficult to accept that the daughter in-law, who has never shouldered such responsibilities, is able to properly care for her son.

Third: The mother in-law could have different values, principles or even ideologies from the daughter in-law.

When would the mother in-law be the wronged one?

Some mothers in-law suffer from grief and depression due to differences and disputes with their daughters in-law. The daughter in-law may treat her badly, neglect her, and even keep the grandchildren away from her; this is compounded when the mother in-law is a widow and her children mean everything to her. Most mothers are pleased by something as minor as a kind word being said to them; this is because they require special care, as their lives are empty due to the loneliness they feel, which makes them think that they have no use in life. Therefore, it is especially important that their children are merciful and understanding towards them; they should make them feel important and involve them in certain matters and decisions, in order to make them feel that their opinion is important, and that they are valued and needed.

How can a wife win the pleasure of her mother in-law?

·        By using kind words when talking to them: Allah Says (what means): “Have you not considered how Allah presents an example, [making] a good word like a good tree, whose root is firmly fixed and its branches [high] in the sky? It produces fruit all the time, by permission of its Lord. And Allah presents examples for the people that perhaps they will be reminded.” [Quran 14: 24-25]

·        By obeying her and dealing with her as if she is her own daughter: `, may Allah be pleased with her, reported that the 'alayhi wa sallam said: "Whenever forbearance is added to anything, it adorns it; and whenever it is withdrawn from something, it leaves it defective.'' [Muslim]

·   By gifting her: , may Allah be pleased with him, reported that the Messenger of Allah

said: “Exchange gifts; you would thereby remove hatred towards one another; and never belittle any gift you give your neighbour, even if it is (something as minor as) the hoof of a sheep.”  [At-Tirmithi]

·        By treating her kindly, just as she would to her own mother: She should have tolerance towards her mother in-law, especially during the first months of the marriage, until she wins her pleasure and therefore becomes one of those who are beloved to her mother in-law - and this would make the entire family love her as well.

The wife should fear Allah, lest she becomes a cause for her husband to be undutiful to his parents.

How can a mother win the pleasure of her daughter in-law?

Many mothers in-law treat their daughters in-law just as they treat their own daughters, and are very supportive towards them and their new life; this is because the daughter in-law is not only the wife of her son, but is also the future mother of her grandchildren, who are usually dearer to the grandparents than their own children. On the other hand, there are many cases where the new wife is regarded as the personal property of the mother in-law, but why? In many traditions, the wife is dealt with as the property of her husband, and since the son is the property of his parents, then it follows that the ownership of the wife is in the hands Of her in-laws, and this is a very dangerous predicament.

The mother plays a very sensitive role in the life of her children; a single incorrect move on her part could cause her children's lives to turn into intolerable misery. On the other hand, an affectionate touch from the mother could render her son’s household into heaven. The following are some things a mother in-law could do to win the pleasure of her daughter in-law:

·        Express joy upon seeing her: some mothers in-law show so much happiness at seeing their daughters in-law that it causes the latter to forget about all their problems.

The man’s personality is what governs the type of relation his mother will have with his wife:  The solution to the chronic problems between a mother and her daughter in-law depends on the son’s personality and how wisely he deals with matters, as well as how strong a personality he has. The husband should make his wife understand that her respecting his mother is an expression of her respect for him, and that her having a good relationship with his mother will also reflect on her relationship with him. The husband should always remember that the right of the parents takes precedence over the right of the wife; as Allah Says (what means): “And your Lord has decreed that you not worship except Him, and to parents, good treatment. Whether one or both of them reach old age [while] with you, say not to them [so much as]: 'uff' [i.e., an expression of disapproval or irritation] and do not repel them but speak to them a noble word. And lower to them the wing of humility out of mercy and say: 'My Lord! Have mercy upon them as they brought me up [when I was] small.' Your Lord is most knowing of what is within yourselves. If you should be righteous [in intention] – then indeed He is ever, to the often returning [to Him], Forgiving." [Quran 17: 23-25]