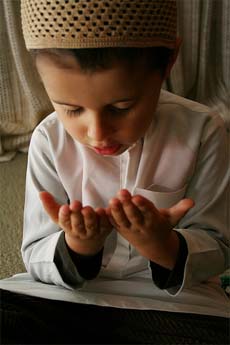 When wearing a new garment:

During the Talbiyah for Hajj: