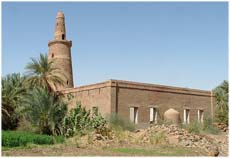 When this religion was revealed and the Prophet

taught it and raised people according to its instructions, it delivered brilliant men and women who illuminated history and were esteemed by Muslims and non-Muslims alike.

This religion produced such people who upheld its exalted standards and applied its edicts all over the world. As such, they came to be beacons of guidance for everyone who followed their example.

Why do we read about the lives of the Companions and the Predecessors?

We owe it to these great individuals to acquaint ourselves with their biographies and relate their incidents for the following purposes:

First: To learn how magnificent this religion is, that it produced such individuals.

Second: To take our predecessors and leaders as role models, for they are beacons that guide us through the utter darkness. We need also to learn that such examples are reproducible, although to a lesser extent, should there exist the proper Islamic environment and upbringing that refine the characters of people, entrenches the correct belief and creed in them, and instils the ethics of the Prophet

`Umar as a character:

was undoubtedly one of the outstandingly ideal characters that have been witnessed by Islamic history, which many people are negligent of.

Recalling the life of such characters reminds all those oblivious people who are infatuated by the stories of famous characters from the east and west, although a closer analysis of many of these characters reveals the opportunism, vice, consumption of intoxicants, adultery and fornication, profound injustice and tyranny that defines their lives. Conversely, the personalities and characters of the prominent pioneers of Islamic history are literally unmatched.

Before becoming a Muslim, `Umar

would worship idols, bury his baby daughters alive, treat people unjustly, and commit other foul acts, particularly if it was against Muslims. Sa'eed Ibn Zayd

said: “I swear by Allah that I went through times when 'Umar would shackle both myself and his own sister (who was Sa'eed’s wife) to force us out of Islam, but then he himself became a Muslim.”

By the will of Allah, `Umar

transformed from being a disbeliever living a life of pre-Islamic ignorance, into a guided Muslim, and thus his character soared towards excellence. Some of the sayings of the Prophet

referring to the life of this man will be mentioned later, which will highlight a number of magnificent aspects of his character.

The story of how he embraced Islam:

The Muslims did not believe that `Umar

could ever become a Muslim. Umm ‘Abdullah bint Abu Huthmah

said: “While we were preparing to emigrate to Habashsah (i.e. Ethiopia), `Umar came, and he would inflict great harm upon us Muslims. When he saw us preparing to leave, he came and said to me: 'O Umm ‘Abdullah! Are you preparing to set off?' I replied: `Yes! I swear by Allah! We leave and travel in the land of Allah, as you have afflicted much torture upon us.` He said: `May Allah be with you in company.` I noticed that his position had softened in this conversation, and perceived that he was saddened by what we were having to endure. I said to my husband, `You should have seen `Umar - how sad he looked and how soft he was in his tone.' My husband replied: `Are you hoping he becomes a Muslim?` I said: `Yes.` He said: `If this man’s donkey were to become a Muslim, perhaps then he would embrace Islam.`” He said this because he had given up all hope of `Umar

becoming Muslim due to his harsh and aggressive stance against the Muslims.

However, when Allah wills guidance for someone, He facilitates the means for his guidance, even if such a person has the hardest heart on earth and is the furthest from Allah. This is a lesson for all those who call others to Islam to never despair or give up on people, regardless of how harsh they may be. When Allah wills goodness for someone, He will facilitate for him the means of guidance.

The fact that `Umar

embraced Islam represented a great victory for the Muslims.

His embracing of Islam was no secret:

and his father, narrated the story of his father’s Islam saying: “When he

embraced Islam, he enquired: `Which person amongst the tribe of Quraysh conveys news the fastest and spreads rumors the most?` He

was informed that it was a man named Jameel Ibn Ma’mar Al-Jumahi. He

went looking for him, and I followed my father. When he saw him, he asked him: `O Jameel! Do you not know that I have embraced Islam and joined the religion of Muhammad?` Jameel did not even bother asking him to repeat or to confirm what he

had just said, but rather, he immediately got up and set off; my father followed him with me behind him. As soon as Jameel reached the area of the Haram (i.e. the Ka’bah) he shouted at the top of his voice: `O Quraysh! Know that `Umar has become a Saabi (a derogatory term used by Quraysh to describe one who had become a Muslim).' ‘Umar

shouted from behind: `You lied! I have become a Muslim and testified that none has the right to be worshipped except Allah and that Muhammad is His Slave and Messenger…`”

He proclaimed it openly due to the might that he had in his heart. This defines his courageous personality.

Returning to the story: “…The Quraysh approached my father, wishing to warn him, so he began fighting them, all, until noon. At that time he was exhausted, so he sat down and said to them: `Do whatever you wish. ` They continued to beat him until an old man from their tribe named ‘Aas Ibn Waa’il came and stopped them.”

It was only after `Umar

became Muslim that the Muslims could openly circumambulate the Ka’bah. Indeed Allah granted the Muslims might through his coming to Islam