Obeying the Husband is the Key to Paradise 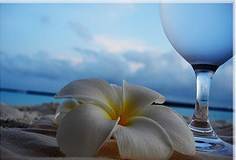 The Islamic Sharee'ah stresses that the wife is under the obligation of obeying her husband. This remains unless he commands her to disobey Allah The Exalted. She is required to obey him and exert her utmost effort to fulfill his needs in a way that makes him satisfied and thankful. This is supported by the Hadeeth where the Prophet,

, said:“If the woman performs the five daily prayers, fasts the month of Ramadan, maintains her chastity and obeys her husband, she will enter the Paradise of her Lord.” Likewise, Allah The Exalted Says (what means): {But if they obey you [once more], seek no means against them.} [Quran 4:34] Moreover, the Prophet,

Obedience is the first right that Islam acknowledges for the husband over his wife. She is required to obey him in everything unless he commands her to do an act of disobedience. The Prophet,

, said: “No creature should be obeyed when it comes to disobeying the Creator.”
Consequently, she is required to obey him when he commands, fulfill his request when he orders, abstain when he forbids and respond when he advises. If he commands her not to allow a certain person, whether he is a relative or not, a Mahram or non-Mahram, to enter his home when he is absent, she is required to obey him. The Messenger of Allah,

, said: “Indeed, you have a right over your wives, and your wives have a right over you. As for the right that you have over them, it is to disallow anyone whom you dislike to enter your houses.”
Obeying the Husband is Equal to Jihaad
There are many Sharee'ah texts indicating the greatness of the husband's right over his wife. In a Hadeeth on the authority of Ibn ‘Abbaas, may Allah be pleased with him, it was mentioned that a woman came to the Prophet,

, and said, “O Messenger of Allah, I am a delegate [from a group of] women and there are none of them, whether she knows or does not know that I would come to you, except she would want me to come to you. Allah The Almighty is the Lord of both men and women and their God, and you are the Messenger of Allah, for both men and women. Allah has prescribed Jihaad for men only; if they are victorious, their reward is great, and if they die as martyrs, they are alive with their Lord, receiving sustenance. [For women], which act of obedience is equal in reward to this?”  The Messenger of Allah,

, replied: “Obeying their husbands and (being aware of and) fulfilling their rights; and few of you do that.”[At-Tabaraani and ‘Abdul-Raaziq] Here, the Messenger of Allah,

, equated the reward of making Jihaad to that of the wife obeying her husband.
Obedient Wives
The wife who knows her religious duties towards her husband is fully aware of the importance of obeying her husband. Mrs. Maha Jaabir says, “In order to provide the family with an atmosphere of security, protection, stability and affection, the wife is required to obey her husband in everything that is useful and beneficial. This would help to create sound humans who would go through life far removed from disturbances or imbalances. In return, Islam gave the woman her full right and made it obligatory on the husband to honor his wife, safeguard her rights and provide an honorable life for her in order to be obedient and loving."
Mrs. Muna Al-Mu’aththin says,
If it is obligatory on the wife to obey her husband, this is only because he bears the responsibility and she is subordinate to him. He is a caretaker of his home and responsible for those who are under his charge. Moreover, he is supposed to be more insightful and more open-minded, and to know things that the wife does not know because of his wide circle of acquaintances and his wide experience that enables him to see what his wife does not. The wise wife is the one who obeys her husband, fulfills his commands and responds to his opinions and advice willingly and sincerely. If she finds something wrong in him, from her point of view, she exchanges views with him and guides him to his mistake with leniency, kindness and conviction. Calmness and soft words work like magic.
The disease of conceit and arrogance may cripple a woman's heart. In this respect, Mrs. ‘Abeer Murshid says, "If such a disease reaches the heart of the woman, it would be a great disaster. The marital relationship would be threatened with the most dangerous type of disputes and quarrels. The man is in charge of the family by virtue of the role that Allah The Almighty has granted him. If the wife tries to change the Creation of Allah and His norms, this would afflict her with the most harmful consequences.”
Describing the way that she treats her husband, Mrs. Leena Al-Ghadhbaan says,
If my husband calls me to obey Allah The Exalted and the Messenger of Allah,

, I respond to his call without annoyance because this is the way to salvation and forgiveness. If he asks me to wear decent clothes and adhere to Hijab, I obey his command because this is the way to attain success and the satisfaction of Allah The Almighty. I do not care about the customs of the community as Allah The Exalted Says (what means): {And if you obey most of those upon the earth, they will mislead you from the Way of Allah.} [Quran 6:116] If he asks me to be moderate regarding home expenses, I respond with my heart and with love and faithfulness. These are the foundations of marital life that Allah The Exalted Has established on affection and mercy. I know that when my husband gets angry at anything I might have done after advising and directing me, this may entails the Anger of Allah The Exalted.
Mrs. Khadeejah Hijaazi says,
One may find obedience a heavy burden; however, the wife is rewarded according to the extent of her readiness to be obedient and her sincerity in fulfilling the obligations of such obedience. The Messenger of Allah,

, praised women and clarified that the services they perform and the sacrifices they make in terms of their emotions and energies can be made by no one else. They were created to perform a sublime and important duty, and in return Allah The Exalted Has prepared a great reward for them. This reward would not be completed except with the wife’s obedience to her husband, satisfying him and avoiding what he dislikes.
Mrs. Hanaa‘ As-Saalih says, “The man is in charge of the family. He takes care of it and observes the morals of its members and its affairs. Hence, all the members of the family are required to obey him. He is charged with the burdens of the family and working to provide for it and fulfill its needs. In this way, the family is organized on the basis that there is a caretaker and a commander, on one hand, and subjects who listen and obey on the other.”
Limits of Obedience
However, the obedience that is obligatory on the wife to her husband is not blind obedience or obedience without restrictions, conditions or limits. Rather, it is the obedience of the righteous wife to the righteous and pious husband whose personality she trusts and believes in his sincerity and righteousness. Obedience that is based on consultation and mutual understanding promotes the entity of the family and its conditions and reinforces its foundations and strength.
The spouses are advised to consult each other with regard to all family affairs. Indeed, there is no consultant better than a faithful and truthful wife. She supports her husband, guides him with her emotions, protects him with her instinct and provides him with her opinion. The Messenger of Allah,

, would consult his wives and follow their opinion in important matters. He consulted his wife, Umm Salamah, may Allah be pleased with her, in a most critical situation. Her consultation and wise opinion were important in putting an end to that crisis and returning matters to normality.
Finally, we find that Islam has organized the rights of spouses in such a way that if each of them perfectly fulfills the other's rights, he, as well as those around him, will live in a state of happiness. However, if one of them misuses this right, the marital life will fail as it is a partnership between the spouses. Islam acknowledges the rights of the wife over her husband just as it acknowledges the husband’s rights over his wife. Additionally, it has clarified the duties of each. If both of them follow the instructions and each of them knows his Islamic rights and duties, the family will live happily and will be encompassed by tranquility and the mercy of Allah The Almighty.