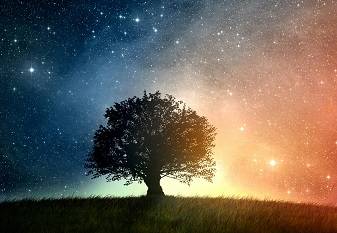 The meaning of ‘strange’ in the Hadeeth

Many times in many situations the people that follow the religion of Allah feel a sense of not belonging, of being out of place, of not fitting in, or, in other words, of being strange. This feeling is normal when being among non-Muslims, but, unfortunately, this feeling sometimes also occurs when one is among his fellow Muslims. A person sees his brothers and sisters doing acts that are contrary to Islam or taking part in innovations that sometimes even border on Kufr (disbelief), yet he feels that he does not have enough power or courage to stop them.

"…And indeed, many among the people are defiantly disobedient." [Quran 5: 49]

The various types of estrangement

The first type of estrangement: This type is that of the "People of Allah and His Messenger

said that this nation would be divided into seventy-three groups, all of which would go to Hell except the one Saved Group (those who follow Allah and His Messenger).

The second type of estrangement: It is the blameworthy one, for its people are the evil sinners, the ignorant and the arrogant from among mankind. Their estrangement is due to their refusal to follow the right path of Allah and His Messenger

The third type of estrangement: This type is, in essence neither praiseworthy nor blameworthy. It is the type that a traveler experiences when he travels to a different country, like a person who lives in a place for a short period of time, knowing that he has to move on.

: "Live in this world as though you are a stranger or a wayfarer." Thus, this category of estrangement has the potential to become a praiseworthy one, if we realize the meaning of this statement of Allah’s Messenger