The Pledge of Ar-Ridhwaan â€“ I 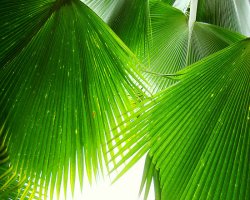 Anyone who reads the biography of the Prophet

and the history of the Islamic Da‘wah (call) will find that all the events mentioned therein are interrelated. The best example of this is the Pledge of Ar-Ridhwaan, which was closely related to the Treaty of Al-Hudaybiyyah, and was even a direct factor behind why the treaty was constructed. This treaty was in the best interests of Muslims and a manifest victory for believers. This pledge was considered one of the greatest events in the history of Islamic Da‘wah. Here are its events:

When the Muslims settled in Madeenah, established their new state and life began to smile upon them to a great extent, the signs of Islamic conquests and banners of Da‘wah began emerging. Also, the Muslims began the preparation to assume their right in offering worship in Al-Masjid Al-Haraam, for they were prevented from doing this six years previously by the polytheists of Makkah.
Meanwhile, the Prophet

saw in a vision that he and his Companions had entered Al-Masjid Al-Haraam and that he had taken the keys of the Ka‘bah. He

saw that they were all circumambulating the Sacred House. Hearing of this vision, the Companions were delighted and began yearning for the day when they would enter Makkah. They expected that this would occur very soon.
Just after this promising vision, the Prophet

told his Companions that he was going to perform ‘Umrah, and commanded them to prepare for the journey. He appointed ‘Abdullaah ibn ’Umm Maktoom, may Allah be pleased with him, as his deputy in Madeenah. Thus, on the first of Thul-Qa‘dah in the sixth Hijri year, the Prophet

set off towards Makkah. He took his wife ’Umm Salamah, may Allah be pleased with her, with him and almost 1,400 Muslim men. They were all lightly armed, carrying only the weapons necessary for travel.
Hearing that the Prophet

had set out for Makkah, the polytheists of Quraysh held an emergency session to discuss the matter and take the necessary precautions. Their final decision was to prevent the Muslims from entering Al-Masjid Al-Haraam by all means and at any cost.
Quraysh then started dispatching messengers to negotiate with the Prophet

hoping to dissuade him from his intention of entering Al-Masjid Al-Haraam. When the young men of Quraysh, who were reckless and eager for war, saw that their chiefs were seeking reconciliation, they came up with a plan that would hinder any such reconciliation. For them there was no scope for negotiation, thus they decided to take the initiative and settle the situation in their own way. They decided to infiltrate the Muslims’ camp at night and trigger war. Seventy or eighty of their men set out at night for this purpose, descended from the mountain of At-Tan‘eem and tried to sneak into the Muslims' camp.
However, the Muslims were alert and when the polytheists sneaked into their camp they captured all of them and took them to the Prophet

to decide what should be done with them. Out of his desire to make reconciliation with the polytheists and to perform the ‘Umrah that they had come for, the Prophet

forgave them and set them free. Referring to this, Allah The Exalted Says (what means): {And it is He who withheld their hands from you and your hands from them within [the area of] Makkah after He caused you to overcome them} [Quran 48: 24]
The Prophet

wanted to inform Quraysh of the real purpose behind his journey so he decided to dispatch a messenger to clarify this. He delegated ‘Umar ibn Al-Khattaab, may Allah be pleased with him. However he excused himself saying, "O Messenger of Allah, I do not have relatives from Banu ‘Adiyy ibn Ka‘b in Makkah who could defend me if Quraysh decided to harm me. Instead, you can delegate ‘Uthmaan ibn ‘Affaan, for his relatives are in Makkah and he will efficiently convey your message." The Prophet

called ‘Uthmaan, may Allah be pleased with him, and dispatched him to Quraysh, and said to him: "Tell them that we have not come to fight, rather, we have come to perform ‘Umrah and call them to Islam." Also, the Prophet

commanded him to visit some of the believers - men and women, who were still in Makkah, and bring them glad tidings that the Islamic conquest was approaching and that Islam would surely prevail because Allah would establish His religion in Makkah and every Muslim would be free to proclaim his religion.
‘Uthmaan, may Allah be pleased with him, set out to deliver the message of the Prophet

and when he came to Quraysh and conveyed the message they offered that he may circumambulate the Ka‘bah, however he refused to do so without the Prophet

.
The polytheists of Quraysh were not pleased with the attitude of ‘Uthmaan, may Allah be pleased with him, and so they resorted to intimidation and imprisoned him. It seems that they did this to gain enough time to hold a consultation regarding their current situation, or perhaps they wanted to hold him hostage in order to put the Muslims under pressure and persuade them to return to Madeenah. They announced that ‘Uthmaan, may Allah be pleased with him, was imprisoned. Rumors then spread that he had been killed.
When the Prophet

heard the rumor, he said: "By Allah, we shall not leave until we fight them." Then he called his Companions to pledge allegiance to him and, indeed, they pledged not to flee from the battlefield. Another group pledged to die with him for the sake of Allah. Abu Sinaan Al-Asadi, may Allah be pleased with him, was the first to give the pledge of allegiance to the Prophet

. Salamah ibn Al-Akwa‘, may Allah be pleased with him, pledged that he would die for the sake of Allah three times: at the beginning, middle and end of the pledge. Then the Prophet

held his hand and said: "This hand is on behalf of ‘Uthmaan." Only one person refrained from pledging allegiance to the Prophet

Jadd ibn Qays, who was one of the hypocrites.
The Quran mentions this pledge and praises the Muslims who attended it, stating that Allah The Exalted was satisfied with them; He Says (what means): {Certainly was Allah satisfied with the believers when they pledged allegiance to you, [O Muhammad], under the tree, and He knew what was in their hearts, so He sent down tranquility upon them and rewarded them with an imminent conquest} [Quran 48:18] In light of this Quranic hint, the pledge was called "the Pledge of Ar-Ridhwaan (satisfaction)." The Prophet

.
This pledge was mentioned in the books of Seerah in different narrations but with similar wording. For example At-Tabari

reported on the authority of Salamah ibn Al-Akwa‘, may Allah be pleased with him, that he said, "While we were going to Al-Hudaybiyyah, the caller of the Prophet

said, 'O people! Come to pledge allegiance.' Then he repeated twice, 'The Holy Spirit has descended!’ Salamah, may Allah be pleased with him, added, ‘So we moved towards the Messenger of Allah

The Pledge of Ar-Ridhwaan – II