The most significant objections of the polytheists â€“ II 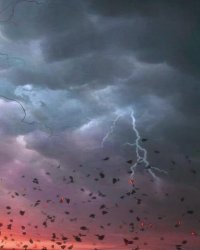 The most significant objections of the leaders of polytheism were directed towards the oneness of Allah The Exalted, belief in the Last Day, the prophethood of Muhammad

and the Noble Quran, which The Lord of the Worlds had revealed to him:

Second: Disbelief in the Hereafter
The polytheists met the call of the Messenger of Allah

to believe in the Hereafter with mockery and denial. Allah The Exalted Says (what means): {But those who disbelieve say, “Shall we direct you to a man who will inform you [that] when you have disintegrated in complete disintegration, you will [then] be [recreated] in a new creation? Has he invented about Allah a lie or is there in him madness?” Rather, they who do not believe in the Hereafter will be in the punishment and [are in] extreme error.} [Quran 34: 7-8]
They denied resurrection after death. Allah The Almighty Says (what means): {And they say, “There is none but our worldly life, and we will not be resurrected.”} [Quran 6: 29]
They swore by their strongest oaths on this. Allah The Almighty Says (what means): {And they swear by Allah their strongest oaths [that] Allah will not resurrect one who dies. But yes - [it is] a true promise [binding] upon Him, but most of the people do not know. [It is] so He will make clear to them [the truth of] that wherein they differ and so those who have disbelieved may know that they were liars.} [Quran 16: 38-39]
They thought that there shall be no life after death and they requested the revival of their forefathers in order to believe in the Hereafter. Allah The Almighty Says (what means): {And they say, “There is not but our worldly life; we die and live, and nothing destroys us except time.” And they have of that no knowledge; they are only assuming. And when Our verses are recited to them as clear evidences, their argument is only that they say, “Bring [back] our forefathers, if you should be truthful.” Say, “Allah causes you to live, then causes you to die; then He will assemble you for the Day of Resurrection, about which there is no doubt, but most of the people do not know.” And to Allah belongs the dominion of the heavens and the earth. And the Day the Hour appears - that Day the falsifiers will lose.} [Quran 45: 24-27]
They forgot that the One who created them the first time is able to raise them from the dead on the Day of Judgment. Mujaahid

and others said,
Ubayy bin Khalaf once came to the Messenger of Allah

carrying in his hand the remains of decayed bones. He crumbled and blew these bones in the air saying, “O Muhammad, do you claim that Allah will resurrect this?” The Messenger of Allah

replied: “Yes, Allah will put you to death, then resurrect you, then send you to Hell.” Then Allah The Almighty revealed the verses in which He Says (what means): {Does man not consider that We created him from a [mere] sperm-drop - then at once he is a clear adversary? And he presents for Us an example and forgets his [own] creation. He says, “Who will give life to bones while they are disintegrated?” Say, “He will give them life who produced them the first time; and He is, of all creation, Knowing.”} [Quran 36: 77-79]
To convince people about the resurrection, the Noble Quran focuses on addressing reason, concurrence with nature and harmony with the hearts. Allah The Exalted reminds His slaves that His wisdom necessitates resurrecting people for rewarding and reckoning. Allah The Exalted created all beings to worship Him and sent the messengers and revealed Books to clarify for people how to worship Allah, obey Him, follow His command and avoid His prohibitions. However, some slaves refused persistently on obeying Allah The Almighty, and transgressed and wronged. Is it not logical that after the death of both the evil and the righteous, Allah The Almighty would reward each one of them according to his actions? Allah The Almighty Says (what means): {Then will We treat the Muslims like the criminals? What is [the matter] with you? How do you judge? Or do you have a scripture in which you learn. That indeed for you is whatever you choose?} [Quran 68: 35-38]
The atheists, who wronged themselves, are those who believe that the universe was created in vain, aimlessly and with no purpose, and that there is no difference between the fate of the reforming believer and the corrupting disbeliever, and between those who fear Allah The Almighty and the wicked. Allah The Almighty Says (what means): {And We did not create the heaven and the earth and that between them aimlessly. That is the assumption of those who disbelieve, so woe to those who disbelieve from the Fire. Or should We treat those who believe and do righteous deeds like corrupters in the land? Or should We treat those who fear Allah like the wicked?} [Quran 38: 27-28]
The Noble Quran sets examples for people of giving life to the earth by comparing it to that of plants. The One who gave life to the earth after its death is able to give life to lifeless corpses and decayed bones. Allah The Almighty Says (what means): {So observe the effects of the Mercy of Allah - how He gives life to the earth after its lifelessness. Indeed, that [same one] will give life to the dead, and He is over all things Competent.} [Quran 30: 50]
Moreover, Allah The Exalted mentions in His Book the news of the resurrection of some dead people in this world. He tells of the People of the Cave and that He cast a cover of sleep over their ears within the cave for 309 years, and they then rose from their sleep after this long time. Allah The Almighty Says (what means):
This is in addition to many other proofs and arguments that the Messenger of Allah

used in debates with the leaders of disbelief and polytheism.

The most significant objections of the polytheists – I

The most significant objections of the polytheists – III

The most significant objections of the polytheists – IV