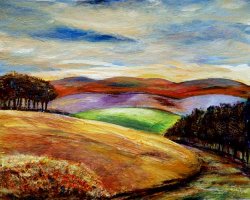 Some books of prophetic biography have mentioned that the leaders of Makkah entered into negotiations after this incident with the Messenger of Allah,

, offering him temptations that would certainly have made anyone who was seeking worldly gains give in. However, the Messenger of Allah,

, took a decisive step in the face of falsehood without any evasiveness, flattery or indulging in political cunning or any attempt to find a relation for sympathy or pleasant relations with the leaders of Quraysh. The issue of creed is based on clarity and frankness that is far removed from flattery and making concessions. Hence, the Messenger of Allah,

I do not recognize what you say. I did not come to you with this in order to seek your property, seek honor among you or gain leadership over you. Rather, Allah sent me to you and revealed to me a Book, and ordered me to bear glad tidings to you as well as warn you. I have conveyed to you the message of my Lord and advised you. If you accept what I have brought to you, then, this is will be your share in this worldly life and the Hereafter. If you reject me, I will be patient until the order of Allah, and until He Judges between you and I.
Through this firm stance of faith, their schemes failed and one of the most important issues of creed, which is the freedom of creed to be uninhibited by any defect either in its essence or its means, was established.
For you is your religion, and for me is my Religion
When the polytheists saw the steadfastness of the Muslims as well as their adherence to their religion and their rejection of falsehood, and when they were sure that it was impossible to make Muslims abandon Islam, they began a new farce which indicated their foolishness and heedlessness. They sent Al-Aswad bin ‘Abd Al-Muttalib, Al-Waleed bin Al-Mugheerah, Umayyah bin Khalaf and Al-‘Aas bin Waa’il to the Prophet,

and said, “O Muhammad, let us worship what you worship and you will worship what we worship. Thus, both of us contribute to worshipping. If what you worship is better than what we worship, then we would have our share of that, and if what we worship is better than what you worship, then, you would have your share.”
Hence, Allah The Almighty revealed the verses of the chapter of Al-Kaafiroon and other verses which declare disassociation from disbelief and its followers, in which Allah The Almighty Says (what means):
The chapter of Al-Kaafiroon clarified that there is a single straight path of truth, which is the sincere worship of Allah The Almighty Alone. This chapter was revealed to decisively separate between true worship and another type of worship, the true methodology and another methodology, the true concept and another concept, and the true path and another way. It was revealed as a tremendous negation, assertion and assurance that truth and falsehood and light and darkness never meet.
The difference is crucial, which confirms the impossibility of convergence. The matter does not require flattery or evasiveness because it is not a personal interest, an incidental desire, or poison in disguise. Moreover, it is not true that only the religion is for Allah The Almighty while the country is for everyone, as is claimed by the contemporary pre-Islamically inspired hypocrites and blind followers of the West who follow those who went astray and those who evoked the wrath of Allah, or as the atheists - the enemies of Allah The Almighty - claim.
The response to the leaders of the Quraysh was decisive. There can be no bargaining, compromise or personal compensation because Islam and Jaahiliyyah (pre-Islamic ignorance) are totally opposed in all ages and all places, and the difference between them is like that between sand and gold. The only option, therefore, is to totally abandon Jaahiliyyah and adhere wholeheartedly to Islam in terms of worship and rulings. Otherwise, there should be utter disassociation and complete disavowal between the truth and falsehood in all ages: {For you is your religion and for me is my religion.}
After the failure of the previous delegation, another delegation headed for the Prophet,

, to abandon certain Quranic verses, which criticize their gods. They asked the Prophet,

, to remove the parts of the Quran that were enraging them by criticizing their gods. Allah The Almighty revealed to them a decisive response. Allah The Almighty Says (what means): {And when Our verses are recited to them as clear evidences, those who do not expect the meeting with Us say, “Bring us a Quran other than this or change it.” Say, [O Muhammad], “It is not for me to change it on my own accord. I only follow what is revealed to me. Indeed I fear, if I should disobey my Lord, the punishment of a tremendous Day.”}[Quran 10:15]
The delegates and negotiations show the extent of failure that struck the leaders of the Quraysh when they did not succeed in completely relinquishing Islam. Consequently, they resorted to seeking partial relinquishment. It is noticeable that their second demand was less than their first and this indicates their moving from larger to smaller relinquishment in the hope of perhaps thereby finding any positive response from the Prophet,

. They also changed the negotiators, with the exception of Al-Waleed bin Al-Mugheerah, out of varying the persons, efficiencies and negotiating minds. They thought that this act might have a good effect. This is a lesson for Islamic callers until the Day of Resurrection that there should be no relinquishment of any part of Islam - even if it is deemed a trivial matter. Islam is a divine Da‘wah (call), where there is no place for bargaining regardless of the reasons and motives. Islamic callers should be aware of such offers and material temptations which may be offered in an indirect way in the form of high positions, high-paid contracts or profitable commercial deals. This is the plan of dubious international institutions to distract Islamic callers, especially the leaders among them.
There is complete cooperation in exchanging information among institutions which work to destroy the Islamic world. It was stated in one report submitted by a Richard Michael who is an important agent who specializes in the Middle East, to monitor the Islamic awakening and advise on how to destroy it. He laid out a plan through which the Islamic movement could be liquidated. There was a paragraph in the plan concerning the luring of Da‘wah leaders. To achieve this temptation, he suggested the following:
a-     Appointing those who could be lured with high positions where they will be preoccupied with aimless Islamic projects and other works, which will exhaust them along with enriching them morally and materially, and providing great facilitations for their families. Accordingly, they would be locally exhausted and distracted and be separated from their public masses.
b-    Working on attracting those who have commercial and financial interests to participate in projects with dubious goals which are based in the Arab world for the interest of their enemies.
c-     Working on finding job opportunities and highly paid work contracts in wealthy Arab countries. Accordingly, they would be detached from their Islamic activity.
Anyone who contemplates these three points notices that they are indirect material enticements. After a scrutinizing look at the Islamic world, we notice that these three points are being calmly executed. Some Islamic callers have become busy with assuming high positions, some wealthy Arab countries have consumed a large number of Islamic callers and trade has distracted others.

Attempted methods of concession – I