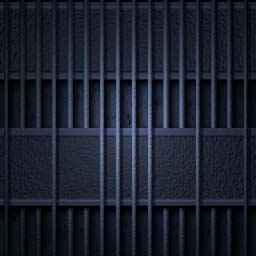 and the Muslims in facing their harm, as well as their insistence on continuing to call to Allah The Almighty, and the spread of Islam in the Arab tribes. The level of harm against them reached its peak with the Quraysh’s material and moral blockade, in inequity and enmity, of the Messenger of Allah

and his Companions, may Allah be pleased with them, along with their relatives who showed sympathy towards them.

said
The Mushriks [polytheists] became harder upon the Muslims as they had never been before such that they were overstrained and given to severe distress. The Quraysh unanimously schemed to kill the Messenger of Allah

in public. Seeing the cunning of the Quraysh, Abu Taalib gathered Banu ‘Abd Al-Muttalib, and ordered them to take the Messenger of Allah

into their valley and shield him from those who wanted to kill him. They agreed upon that, their Muslims and disbelievers: some of them did so out of fanaticism, and others out of faith and certainty in Islam. When the Quraysh learnt that the people were shielding the Messenger of Allah

they unanimously decided to suspend communication, business dealings and mutual visits with them until they delivered the Messenger of Allah

to them. They committed their scheme to writing a pact and treaty according to which they would never accept to make peace with Banu Haashim, nor would they be kind or merciful to them unless and until they handed him over to be killed.
According to another narration of this story
“…on the condition that they should not give them anyone nor take from them anyone in marriage, nor sell to nor buy from them, cut off from them all means of sustenance, refuse to make peace with them, not be merciful or kind to them, nor socialize with them, nor sit with them, nor talk to them, nor exchange visits with them unless they handed over the Messenger of Allah

to be killed. They made a firm treaty and pact on that, and hung the parchment [which contained this treaty in writing] inside the Ka‘bah in confirmation of their decision.”
Banu Haashim spent three years in confinement, during which time they were extremely overstrained and given to severe trial. The Quraysh intercepted markets: no foodstuff was brought into Makkah except that they hastened to buy it, in an attempt to exert pressure on Banu Haashim to deliver the Messenger of Allah

to them to be killed.
Out of his special care for the safety of the Messenger of Allah

it was the habit of Abu Taalib that whenever the people went to bed, he would tell the Messenger of Allah

to lie in his bed, in order that any potential plotter or assassin would see the Messenger of Allah

doing so. However, when the people fell asleep, Abu Taalib would make any of his sons, brothers or paternal cousins exchange his bed with the Messenger of Allah

.
The blockade became so severe upon the Companions, may Allah be pleased with them, and Banu Haashim and Banu Al-Muttalib that they were forced to eat the leaves of the trees. They suffered great hardship and privation to the extent that one of them came out to urinate, heard something rattling beneath him, and found that it was a piece of camel skin. He would take it and wash it, then burn and crush it. He would then swallow it and drink water afterwards, and this would sustain him for three days. Furthermore, the cries of the children out of hunger were heard by the Qurayshis from beyond the valley.
When three years had elapsed, Allah The Almighty caused some people from among the nobles of the Quraysh to revoke the pact. It was Hishaam bin ‘Amr Al-Haashimi who took the lead in that internal coup to revoke the pact. He went to Zuhayr bin Abu Umayyah Al-Makhzoomi, whose mother was ‘Aatikah bint ‘Abd Al-Muttalib, and said to him, “O Zuhayr, can you accepted eating food, wearing clothes, and marrying women whilst your brothers are suffering greatly? As you know, they neither buy nor sell anything, nor take nor give in marriage. I swear by Allah that had they been the maternal uncles of Abu Al-Hakam ‘Amr bin Hishaam [also known as Abu Jahl] and you invited him to boycott them like he has invited you to do, he would never have responded to you.” He replied, “Woe to you O Hishaam! What can I do? I am only one man. By Allah, if there was another man to support me, I would endeavor to revoke it.” Hishaam said, “But there is another man.” He asked, “Who is it?” He replied, “I.” Zuhayr said, “Then seek the support of a third person”.
Hishaam went to Al-Mut‘im bin ‘Adiyy and said to him, “Are you glad that two branches from ‘Abd Manaaf will perish while you are a witness to this - supporting the Quraysh to do this to them? By Allah, if you are to enable them to do so, you will find that they shall soon do the same to you.” He replied, “Woe to you! What can I do? I am only one man.” Hishaam said, “There is another man with you.” He asked, “Who is it?” Hishaam said, “I.” He said, “Then seek the support of a third person.” Hishaam said, “I have done so.” He asked, “Who is it?” Hishaam replied, “Zuhayr bin Abu Umayyah.” He said. “Then, seek the support of a fourth one.”
Hishaam then went to Abu Al-Bakhtari bin Hishaam and told him the same as he had said to Al-Mut‘im, who said to him, “Woe to you! Could we find anyone to aid us in that?” He said, “Yes: Zuhayr bin Abu Umayyah, Al-Mut‘im bin ‘Adiyy and I.” He then said, “Then seek the support of a fifth person.”
Hishaam then went to Zam‘ah bin Al-Aswad bin Al-Muttalib bin Asad and talked to him, making a mention to him of kinship and its due rights. He therefore asked him, “Is there anyone to agree on this matter which you invite me to?” Hishaam replied, “Yes,” and named the people who agreed upon that to him.
They all then made their appointment at night in Khatm Al-Hajoon in the upper part of Makkah. They assembled and decided on the matter, and agreed to work together to revoke the pact. Zuhayr said “Let me be the first to speak.” When it was morning, they went to the places of their assemblies, and Zuhayr bin Abu Umayyah came wearing a special garment. After having circumambulated the Ka‘bah seven times, he faced the people and said, “Is it fair that we eat food and wear clothes while Banu Haashim perish? They are neither buying nor selling anything. By Allah! I will not relent unless that severing wrongful pact is revoked.” Abu Jahl, who was sitting on a side of Al-Haram, said, “You [have told a] lie. By Allah, it will not be revoked.” Zam‘ah bin Al-Aswad said, “Rather, it is you, by Allah, who is a liar. By Allah, we never accepted the writing of it when it was written.” Abu Al-Bakhtari said, “Zam‘ah has told the truth. We do not accept what has been written on it, nor do we authorize it.” Al-Mut‘im bin ‘Adiyy said, “Both of you have told the truth, and anyone who says otherwise is a liar. We clear ourselves before Allah from it and from what has been written in it.” Hishaam bin ‘Amr said something similar. Abu Jahl then said, “This matter has already been resolved and discussed in advance.” All the while, Abu Taalib was sitting silently on one side of Al-Haram.
Al-Mut‘im bin ‘Adiyy then stood up to tear the parchment, and thereupon found that termites had devoured it all - except the phrase: “In the Name of Allah.”
According to the narration of this incident of Ibn Is-Haaq

Allah The Almighty sent termites that left no name on the contract belonging to Allah except that they devoured it, and nothing remained therein but the articles of injustice, boycott and falsehood, and the Messenger of Allah

informed his paternal uncle about this who then went to his people and informed them and said, “If he is lying, I pledge to give him to you to kill, and if he is truthful, should you not desist from your transgression against us?” They took a pledge from him and he took the same from them. When the parchment was spread, it was exactly the same as described by the Messenger of Allah

. Al-Mut‘im bin ‘Adiyy and Hishaam bin ‘Amr then said, “We clear ourselves from this severing, aggressive wrongful pact and we would not support anyone regarding the evil of ourselves and our nobles.”
Some nobles of the Quraysh agreed on that in succession, and thus, the Prophet and his Companions left the valley of Abu Taalib.