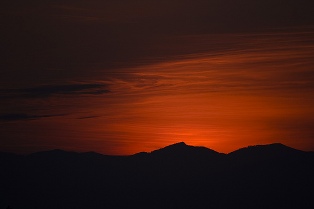 There is a difference in the narrations of the expedition of Ar-Rajee‘ regarding the reason for which the Prophet,

, dispatched it. While Al-Bukhari

mentioned that the Prophet,

, sent some reconnoiterers to gather information about the enemy, other authentic narrations mentioned that a delegation from the two tribes of ‘Adhl and Al-Qaarah, who belong to the tribe of Banu Madhar, came to the Prophet,

, in Madeenah and said, “We have some Muslims among us, so send some of your Companions to us to explain the religion for us, teach us how to recite the Quran, and make us acquainted with the Islamic teachings.”

It seems that the tribe of Huthayl was seeking revenge for the death of Khaalid bin Sufyaan Al-Huthali, and hence, it resorted to deception and betrayal. With full certainty, Al-Waaqidi

mentioned that the Banu Lihyaan, a sub- tribe of the Huthayl, sent the two tribes, ‘Adhl and Al-Qaarah, to the Prophet,

, to ask him to dispatch with them some of his Companions to call them to Islam and teach them religion, and offered a fee for this. In reality, they intended to ambush the Companions, capture them and sell them in Makkah.
The Prophet,