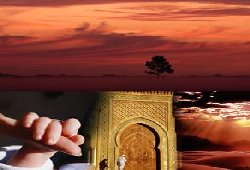 Out of all the previous divine religions, none has given due importance to the family as Islam did. In doing so, Islam has legislated procedures and means which maintain security and preserve stability within the family. It has also prescribed some measures which prevent the family from collapse and destruction. We -- particularly in the present time where immorality abounds and temptations are overwhelming -- have to return to the endless spring of the Quran, the Sunnah (Prophetic tradition) as well as the sayings of the righteous predecessors which are guiding beacons for us along our road to maintain family stability.

Islam has initiated several measures to maintain the stability of the family as well the whole Muslim community. In this article, I will discuss only two measures that Allah The Almighty has legislated to avoid the disintegration of the family structure and to maintain the unity of the Muslim community and steadfastness in the face of the huge challenges that the entire Muslim Ummah (nation) is facing. Such challenges are directed to the Muslim family in particular which has become a clear target for the schemes of Westernization and corruption led by the enemies of Islam from among the Jews and others.

1- Restricting the gates to divorce to maintain marital life and safeguard the community:

To avoid making divorce the first decision in case of dissention and dispute, Islam stated stages for reconciliation between the spouses, including:

1)  The policy of reconciliation between the disputing spouses. Reconciliation is recommended even before dissention worsens and its evil consequences emerge. The arbitrators are chosen from the spouses' families because they are more capable of reconciling them and of knowing the details. The arbitrators should truly seek reconciliation and maintenance of the marital life, and as such Allah will help them to achieve this. Allah The Exalted Says (what means): {And if you fear dissension between the two, send an arbitrator from his people and an arbitrator from her people. If they both desire reconciliation, Allah will cause it between them. Indeed, Allah is ever Knowing and Acquainted [with all things].} [Quran 4:35]

2)  Islam directed the spouses to exert their best efforts in reconciliation when dissention and dispute occur among them. Allah The Exalted Says (what means): {And if a woman fears from her husband contempt or evasion, there is no sin upon them if they make terms of settlement between them - and settlement is best. And present in [human] souls is stinginess.} [Quran 4:128] Commenting on the last verse, At-Tabari

said, “There is a consensus that this is applicable when the wife is unattractive or very old and feels that her husband no longer desires her, treats her with contempt or inclines to other women. In such a case, she can waive some of her rights in order to appease him and maintain her marital life.”

3)  Islam warns against following whims and desires as well as surrendering to emotions, which overwhelm and change. A husband may feel aversion towards his wife, but if he is patient, this feeling will soon change. Therefore, it is not acceptable that a husband divorces his wife because of these temporary feelings of aversion. Allah The Exalted Says (what means): {And live with them in kindness. For if you dislike them - perhaps you dislike a thing and Allah makes therein much good.} [Quran 4:18]

In a Hadeeth (narration), the Prophet

said: “No believing man should hate his believing wife. If he dislikes one of her characteristics, he would surely like another.” [Muslim]

This means that a husband could hate one of his wife's characteristics while he is heedless of her other good ones. Consequently, he has to think deliberately before divorce as he may prefer keeping her and his feeling of dislike could change.

It was narrated that a man consulted ‘Umar ibn Al-Khattaab

about divorcing his wife and ‘Umar

said, ‘Are families built only on love? Where is, then, mutual care and the maintenance of rights and duties?’”

The statement of ‘Umar

indicates how Islam is keen to maintain the solemn marital contract as Allah The Almighty describes it in the Quran Saying (what means): {And they have taken from you a solemn covenant.} [Quran 4:21] Even if love is missing in marital life, there is still scope for cooperation, solidarity and the fear of blame for divorce which distresses the wife, the children and the husband himself in many cases.