Morals in the Life and Daâ€کwah of the Prophets - I 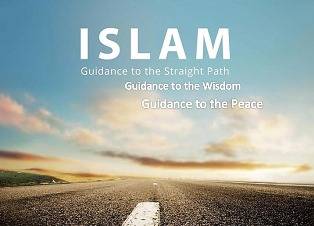 , confirmed the same meaning by saying (what means): {Say, [O Muhammad]: “I do not ask you for the Quran any payment, and I am not of the pretentious.”} [Quran 38:86]
The aim of all the prophets, may Allah exalt their mention, was for people to have sincerity in religion and to turn them towards worshipping the Lord of all creation instead of worshipping His creatures. The prophets, may Allah exalt their mention, also aimed at saving disobedient people from the adversity of life to the comfort of both the worldly life and the Hereafter and from the oppression of distorted and false religions to the justice of Islam. In the Quran, Allah the Almighty clarifies the true religion that He commands all people to follow, by Saying (what means): {And they were not commanded except to worship Allah, [being] sincere to Him in religion, inclining to truth, and to establish prayer and to give Zakah. And that is the correct religion.} [Quran 98:5]
Every prophet was sent speaing the language of his peope in order to communicate clearly with them. The prophets, may Allah exalt their mention, followed their Fitrah (innate disposition) and talked to people in a way that suited their mentality without pretene, declamation or exaggeration. Allah the Almighty Says (what means):
·        {And I am not of the pretentious} [Quran 38:86]
Allah the Almighty made the method of Da’wah (propagation) clear to His prophets, as He gave an order to His Prophet,

tried to reform the faults of his people, the people of Madyan, and advised them not to give less in measure and weight and decrease the rights of others. Also, Prophet Looth