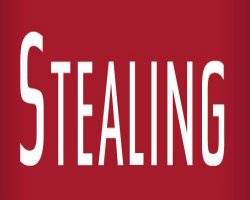 Allah The Almighty wants Muslim societies to live in peace and security so that every member would feel secure about his life, honor and wealth. Thus, Islam prohibits aggression against people's lives, honor and property. Moreover, Islam has also made them part of the five necessary things that must be preserved, namely: religion, mind, life, offspring and wealth.

Theft is a plague that endangers the security of individuals and societies. Therefore, the Sharee‘ah warns Muslims against it and deters those tempted to steal the properties of others. For instance, the Prophet

would take an oath from a person who wanted to embrace Islam that he would not commit serious offences, such as stealing people's money. The Prophet

said in this regard to somebody: “Give me the oath [of allegiance] that you will not associate anything with Allah, steal or commit adultery…” [Al-Bukhari and Muslim]

in which the Prophet

said: “Allah curses the thief who steals an egg, for which his hand is cut off, or steals a rope, for which his hand is cut off.” [Al-Bukhari and Muslim] That is to say, he steals an egg first, then gets accustomed to theft until he steals a thing that is equal to or more than a quarter of Dinar, which is the lower threshold where he would deserve his hand to be cut off and the prescribed punishment of Islam is implemented.

Consider how Islam terrifies Muslims against theft, to the extent that the Prophet

cursed the thief! There are also other proofs that show how evil theft is. One of these proofs is the Hadeeth in which the Prophet

told us about some groups that he saw in Hell experiencing their punishment. He said: “Hell was displayed to me and you saw me moving back for fear that its heat might affect me. I saw a man who was a criminal dragging his intestines in the fire; he [was someone who] would steal [the belongings] of pilgrims with his crook. If he was noticed he would say, ‘It became [accidentally] entangled in my crook’; but if he was not noticed he would take the [stolen object].” [Muslim]

Amputation is the Ultimate Deterrent

If these deterrents do not work and those with weak selves dare to steal people's property, and their theft is brought before a judge who proves their guilt according to the criteria that the Sharee‘ah has provided, the guilty hand must be cut off to deter the thief and preserve people's wealth and security. Allah The Almighty Says (what means): {[As for] the thief, the male and the female, amputate their hands in recompense for what they committed as a deterrent [punishment] from Allah. And Allah Is Exalted in Might and Wise.} [Quran 5:38]

When such a prescribed punishment was implemented in Muslim lands, people were secure about their property. Traders and owners of shops would leave the doors of their shops open and go to perform prayer without fear of any aggression. However, when Muslim states adopted man-made laws that they imported from Europe, crimes that were spread in non-Muslim countries transferred to them. The security of the environment became weak when the prescribed punishments of Islam were abandoned, and it was precisely for this reason that once an act of stealing was reported to the Prophet

he would apply the prescribed punishment without favoritism towards any person, whatever his status or lineage was. The Prophet

declared it openly: “If Faatimah, the daughter of Muhammad, were to steal, I would cut her hand off.” [Al-Bukhari and Muslim]

The Prescribed Punishments are an Expiation

Implementing the prescribed punishment on the deserving offender breeds security and deters people who are weak and easily tempted. It also expiates the guilt of such persons and becomes a means of repentance for him. ‘Abdullah ibn ‘Amr ibn Al-‘Aas

said, “A woman stole during the life of the Prophet

and those from whom she stole brought her to him. They said, ‘O Messenger of Allah! This woman stole from us.’ Her people said, ‘We will ransom her for five hundred dinars.’ The Prophet

said: ‘Cut her hand off.’ Her right hand was cut off. She asked, ‘Is there repentance for me?’ The Prophet

said, ‘Yes, today you are as free of the sin as you were on the day when your mother gave birth to you.’ Then Allah The Almighty revealed the verse (what means): {But whoever repents after his wrongdoing and reforms, indeed, Allah will turn to him in forgiveness. Indeed, Allah is Forgiving and Merciful.} [Quran 5:39]"

Some of those who hate Islam try to encourage doubt by criticizing the corporal punishment that Allah The Almighty has prescribed. They do so under the pretext that theft does not deserve such a severe punishment. Their example in this regard is Abu Al-‘Alaa' Al-Ma‘arri, who objected to this punishment, saying,

“How is it that a hand whose value is five hundred dinars of gold, be cut off when it steals a quarter of a dinar?”

Al-Qaadhi ‘Abdul-Wahhaab, a Maaliki scholar, replied, “When it was honest, it deserved a high compensation, but when it proved treacherous, it became valueless.” Imam As-Sakhaawi

also said in reply to this: “The honor of honesty made that hand precious, while the humiliation of betrayal made it worthless. Thus, ponder on the wisdom of The Proportioner.”

We implore Allah The Almighty to protect people and lands from every harm and evil, and to spread safety, security and prosperity among all Muslim countries.