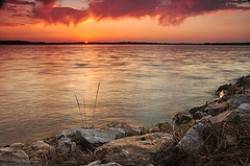 These nights are the ten nights of the first ten days of Thul-Hijjah as stated by scholars of Tafseer (exegesis).

‎‎Second ‎‎ ‎‎‎‎‎it was narrated on the authority of Ibn ‘Abbaas

said: “‘No good deeds done on other days are superior to those done on these days (meaning the first ten days of Thul-Hijjah).’ Then some Companions of the Prophet

said, ‘Not even Jihaad?’ He replied: ‘Not even Jihaad, except that of a man who puts himself and his property in danger (for the Sake of Allah) and does not return with any of those things.’” [Al-Bukhari and Muslim] ‎‎‎‎

‎‎‎‎In another Hadeeth (narration), the Prophet

‎‎Third ‎‎ ‎one of the virtues of these days is that acts of worship are combined during them, as these are days of perfection. These days contain the five obligatory prayers just like other days and one might pay Zakah (obligatory charity) if his property has reached the Nisaab (limit) and one lunar year has passed. During these days one may fast optional fasts or if he could not slaughter a sacrifice, and people perform Hajj during these days. Moreover, these days entail Thikr (remembrance of Allah), Talbiyah and invocation which indicate Tawheed (Islamic monotheism). Thus, the gathering of all these acts of worship is considered an honor that is peculiar to these days only. ‎

‎‎Fourth ‎‎ ‎these days have the Day of ‘Arafah, which is the ninth day of Thul-Hijjah.‎ ‎The Day of ‘Arafah is the day when sins are forgiven, people are saved from Hell and Allah The Almighty boasts about the people of ‘Arafah. ‎‎‎It was narrated on the authority of ‘Aa’ishah

said:‎‎‎‎ ‎‎‎‎“There is no day when Allah sets free more slaves from Hell than the Day of ‘Arafah." [Muslim]‎‎‎‎

‎‎‎‎‎‎‎‎‎‎“Allah boasts about the people of ‘Arafah to the angels, saying, ‎‎‎‎ ‎‎‎‎‘Just look at My slaves! They have come to Me with disheveled hair and covered in dust, standing in the forenoon.’” ‎‎‎‎It was narrated on the authority of Jaabir

said:‎‎‎‎‎‎ ‎‎‎‎“There is no better day in the Sight of Allah than the Day of ‘Arafah. Allah The Almighty descends [on that day] to the lowest heaven, and boasts about the people of the earth to the dwellers of heaven." [Ibn Hibbaan] The wording of another narration reads: ‎‎‎‎

‎Fifth ‎ ‎‎‎‎some of its virtues are:‎‎‎‎ ‎These days have the Day of Nahr (sacrifice) which is the tenth day of Thul-Hijjah. This is the best day as stated in the following Hadeeth: ‎ ‎‎‎‎"The best of days is the Day of Nahr." [Ahmad, Abu Daawood: Saheeh chain of narrators] ‎‎‎‎

‎On the Day of Nahr, pilgrims perform most of the rites, such as throwing the pebbles, shaving their heads, slaughtering the sacrifices, performing Tawaaf (circumambulation), Sa‘y (seven circuits between As-Safa and Al-Marwah), performing the ‘Eed prayer and slaughtering the Udh-hiyah (sacrificial animal).