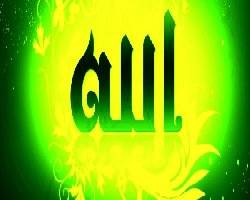 A person who is bashful of people seeing him commit an evil act, should be more bashful of Allah The Almighty. Consequently, he should neither neglect an obligation nor commit a sin as he knows that Allah The Almighty sees him and that He will inevitably call him to reckoning on the Day of Resurrection. Therefore, he feels bashfulness of his Lord.

It was narrated on the authority of Ibn Mas‘ood may Allah be pleased with him, that the Messenger of Allah,

, once said to his Companions, may Allah be pleased with them: "Show due reverence to Allah." They (the Companions, may Allah be pleased with them) said, "We show (Allah The Almighty) due reverence, O Messenger of Allah."He said: "It is not that (which you think). Rather, a person who shows Allah due reverence should preserve his head (i.e., by not using it to commit any act of disobedience) as well as what it includes (i.e., the eyes, ears and mouth) and preserve his belly (i.e., from eating unlawful food) and what it includes and should constantly remember death and perishing. Whoever pursues (the reward of) the Hereafter should abandon the pleasures of this worldly life. Whoever does so has shown due reverence to Allah." [Ahmad]

“His head as well as what it includes” means that the head and its external and internal senses should be used only in permissible things.

It was narrated on the authority of Mu‘aawiyah ibn Haydah, may Allah be pleased with him, that he said, I said, "O Messenger of Allah

from whom should we conceal our ‘Awrah (private parts) and to whom can we expose it?" He replied: "Conceal your ‘Awrah except from your wife and from whom your right hands possess (slave-girls)." I then asked, "O Messenger of Allah, (what should we do) if the people are assembled together?" He replied: "If you can do so in a way that no one looks at it (‘Awrah), then no one should look at it." I then asked, "O Messenger of Allah, if one of us is alone, (what should he do)?" He replied: "Allah is more entitled than people that bashfulness should be shown to Him." [Ahmad]

Once, when a man was alone with a woman and he wanted to have unlawful sexual intercourse with her, she said to him, "Look if there is anyone who can see us?" He replied, "Only the stars see us." She asked, "Then where is The One who created them?

elaborated on this and here I will mention them briefly:

1- Bashfulness out of committing wrongdoings:

An example for this, Aadam (Adam), may Allah exalt his mention, tried to flee in Paradise. Thereupon, Allah The Almighty said to him: "Are you fleeing from Me, O Aadam?" He replied: "No, my Lord. I am fleeing out of bashfulness of You."

Another example is bashfulness of the prophets, may Allah exalt their mention, on the Day of Resurrection although they have no faults to discredit their high and sublime ranks.

2- Bashfulness out of being inelegant:

An example of this is bashfulness of the angels, may Allah exalt their mention, who exalt Allah The Almighty night and day and do not slacken. On the Day of Resurrection, however, they will say (to Allah), "Glory be to You. We did not worship You as You are due." ---

3- Bashfulness out of exaltation:

This aspect of bashfulness occurs due to knowledge. The degree of one’s bashfulness is according to the degree of his knowledgeable of his Lord. For example, it was narrated that ‘Amr ibn Al-‘Aas, may Allah be pleased with him, used to say, "By Allah, I was the most bashful of people with the Messenger of Allah

. I never gazed at the Messenger of Allah

nor argued with him on a matter I desired until he died, as I was bashful of him." [Ahmad]

4- Bashfulness out of generosity:

, was bashful of the guests whom he invited to the wedding banquet of Zaynab, may Allah be pleased with her. They ate and then sat for a long time. The Prophet,

, was bashful to tell them to leave. Thereupon, Allah The Exalted revealed the verse in which He Says (what means): {…without seeking to remain for conversation.} [Quran 33:53]

5- Bashfulness out of chastity:

For example, ’Ali ibn Abi Taalib, may Allah be pleased with him, was too bashful to ask the Messenger of Allah,

and he did. The Prophet

replied: "You should perform ablution."

The wording of another narration reads: "I used to discharge pre-ejaculatory fluid frequently. Being the son-in-law of the Prophet

I told a man to ask him about it. So the man asked the Prophet

about it and the Prophet

6- Bashfulness out of belittling and disdaining oneself:

An example of this is the bashfulness of the slave of Allah The Almighty in front of his Lord when he asks Him for his needs out of belittling and disdaining himself. It is mentioned in an Israelite reported citation that Moosa (Moses), may Allah exalt his mention, said: "O Lord, I find myself in need of something in this world but I feel bashful to ask you." Allah The Almighty Says: "Ask Me…..even (if it were for) salt for your dough and the fodder for your sheep."

7- Bashfulness out of love:

It is bashfulness of the lover in front of his beloved. Even when he remembers the absence of his beloved, bashfulness arises in his heart and he finds its impact on his face while he does not know the reason behind this. Also, when the lover suddenly meets his beloved, he feels intense fear. Undoubtedly, love has a powerful sovereignty over the heart, which is greater than that overcoming the body. Sovereignty over the heart and soul is incomparable to sovereignty over the body. Therefore, kings and tyrants wonder [at this], because they overcome creatures but are overcome and humiliated by their beloved. When the beloved surprises his lover and the latter suddenly sees him, the lover's heart experiences his sovereignty and feels [a kind of ] fear andawe.

8- Bashfulness out of servitude:

This aspect of bashfulness combines both love and fear and feeling that one does not properly fulfill the concept of  servitude towards his Lord The Almighty for He is greater and more sublime than that servitude. Therefore, this servitude inevitably necessitates bashfulness of Him.

9- Bashfulness out of honor and glory:

It is the great and noble soul's bashfulness when it accords something less than its true value, such as offering, giving or kindness. In such a case, one is bashful of his offering due to his honor and glory.

10- Bashfulness of the person who is bashful of his own self: