Allah The Almighty is Bashful and Likes Bashfulness 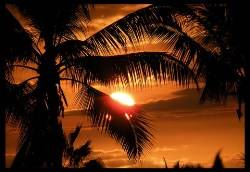 It was narrated on the authority of Salman

said: "Allah is Bashful and Most Generous, He is too Bashful to let someone go empty-handed after raising his hands in supplication." [Abu Dawood]

It was narrated on the authority of Ya‘la ibn Umayyah

said: "Allah is Bashful and conceals (faults), He likes bashfulness and concealment (of faults). So, when one of you performs Ghusl (ritual bath), he should conceal himself." [Abu Dawood]

said, "As for the bashfulness of Allah The Almighty toward His slave, it is another kind of bashfulness which is unperceivable and in a manner which cannot be formulated by minds. It is a form of bashfulness that features generosity, kindness, giving and magnificence. Allah The Almighty is Bashful and Most Generous, and is too Bashful to let someone go empty-handed after he raises his hands in supplication. Likewise, He is too Bashful to torture an old man after he becomes old in Islam." [Madarij As-Salikeen]

said, "(Allah The Almighty is Bashful): bashful in Arabic is “Hayiyy” and it signifies that He is extremely bashful. To describe Allah The Almighty as Bashful is interpreted in a way that befits Him, like His other divine attributes, we believe in them without formulating a manner for any of them." [Tuhfat Al-Ahwathi]

Although Allah The Almighty is perfectly free of need of all creatures, being the Most Generous, He is too bashful to expose the disobedient person, expose him to scandal or punish him. Rather, Allah The Almighty shields that person through providing him with the means that maintain his being unexposed, pardons him, forgives him, endears Himself to him by bestowing favors upon him and does not let someone go empty-handed after humbly raising his hands.

said, "At-Toorbishti said, 'Allah likes bashfulness and concealment because they are two attributes that urge the slave to adopt the morals of Allah The Almighty."

said, "No slave (of Allah The Almighty) will have perfect faith until he realizes that Allah The Almighty sees him and hence he will not do anything in secret which will expose him on the Day of Resurrection."

Due to the importance of bashfulness in Islam and the encouragement to people to acquire this characteristic, there are many Hadeeths (narrations) about bashfulness:
It was narrated that the Prophet

• "Among what has reached the people from the words of the first prophethood: If you are not bashful, then do as you wish." [Saheeh Al-Jami‘]

• "Bashfulness is all goodness." [Muslim]

• "Bashfulness is a part of faith." [Muslim]

• ”Bashfulness and faith are inseparable; when one of them is missing, the other is also missing." [Al-Hakim]

• "Faith consists of more than sixty branches, and bashfulness is a branch of faith." [Al-Bukhari]

• "Bashfulness is a part of faith, and faith is in Paradise.Obscenity is a part of harshness, and harshness is in Hell." [At-Tirmithi]

• Indecency disfigures everything and bashfulness enhances the beauty of everything." [Ahmad]

It was narrated on the authority of Salman Al-Farisi

said, "Yahya ibn Ja’dah said, 'When you see a man who lacks bashfulness, know that his lineage is not pure." [Rawdhat Al-‘Uqalaa’]