Status of Women before Islam 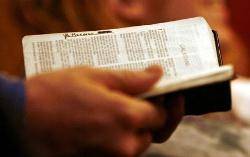 To judge the status of women in Islam, we must know their status in the religions and nations that preceded Islam. Then, we will discuss her status under Islam given that there is a long period of time between us and the time of the Prophet Muhammad

Before Islam, the status of the woman was degraded and base in most nations. They did not consider her a human being with a soul; rather, they used to believe that she is created from a base soul and that she is the source of evil and sin. The distinction that Islam gave to the woman set a precedent in the history of mankind fourteen centuries ago.

Status of women in Hinduism:

According to the Hindu Laws of Manu, the woman had no rights. She was a mere servant to her husband or father. She did not have the competence to dispose of her property, and she had no right of ownership. Anything that she owned was the property of her husband, father or son. Also, when her husband died, she was to be burnt alive and buried with him. This heinous crime lasted even after the start of the British occupation in India which imposed laws banning the act of burning women alive.

Nevertheless, the burning of wives continued from time to time even in the twentieth century.

Status of women in the ancient Greek civilization:

In ancient times, Greece was the most civilized and urbanized of nations. Athens was the city of wisdom, philosophy, medicine and knowledge. However, the people of Athens used to buy and sell the woman as if she were a mere commodity. They considered the woman nothing but defilement from the devil’s handiwork.

You will be amazed to know that the Spartan women were allowed in the past to marry more than one husband, and most Spartan women practiced polyandry. Undoubtedly, this was one of the most abominable customs.

Status of women in Judaism:

The woman in Judaism was in the rank of a servant. The father had the right to sell his underage daughter. She had no right to inherit if her father had no male offspring. It is stated in the Old Testament (the distorted Torah) that the woman should not inherit as long as there are males in the family; rather, she is part of the inheritance if her husband dies, and the nearest male relative to the husband would inherit her.

She was believed to be the source of evil and sin. They considered her impure especially on the days she was menstruating and whoever touched her during this time became impure for seven days. They blamed her for the expulsion of Aadam (Adam), may Allah exalt his mention, from Paradise, as they believe that she enticed him to eat the apple from the forbidden tree. They considered her the reason behind the eternal curse that befell Aadam and his offspring. Accordingly, all her offspring are born stained with the disgrace of sin.

Status of women in Christianity:

There was widespread Christian belief that the woman had no soul. In 586 AD — before the emergence of Islam— the Council of Macon was held to decide whether the woman was a body that had a base soul or that she did not have a 'saved' soul. They made an exception to Maryam (Mary), may Allah exalt her mention, because she is the mother of ‘Eesa (Jesus), may Allah exalt his mention.

Paul declared that the woman is the source of sin, the basis of every evil and the fountainhead of every abominable act. St. Bonaventure said to his disciples, “When you see a woman, you should not think that you saw a human being or even a beastly being. Rather, you saw the devil in person.”

On the other hand, the Prophet of Islam, Muhammad

There is a huge difference between the Quran and the distorted Torah and falsified Gospels. The Quran is from Allah The Almighty while the other two are books that have been distorted by the Jews and the Christians.

Status of the woman in Arab Society before Islam:

In the pre-Islamic period, the Arabs regarded the woman as a piece of property or as rubbish. When the husband died, his guardian would cover the wife of the deceased with his garment and she could not remarry until he permitted her or until she ransomed herself. They used to prevent her from remarrying until the young matrimonial guardian would grow up and then decide whether he wished to marry her or give her in marriage to anyone else and take the dowry as long as she was not his mother. If she was his mother, he would not marry her.

The woman had no rights and she did not inherit anything. She was considered a source of humiliation and shame.

Moreover, the Arabs in the pre-Islamic era did not only deprive the woman of inheritance but also deprived her of life itself. When some of them begot a female child, they would dig a hole and throw her into it and heap dust over her. What is worse and more disgusting is that once, a father was away travelling when his wife gave birth. When he came back, he took his grown up daughter from her mother, dug a hole while she removed the dust from his clothes, and then, taking her by surprise, pushed her into the hole then heaped dust over her while she screamed for pity. But his heart did not soften for her. This situation is described in the Quran when Allah The Almighty Says (what means): {And when the girl [who was] buried alive is asked* For what sin she was killed.} [Quran 81:8-9]

Some mothers used to fear this painful destiny. So, the mother would dig a hole herself during her pregnancy. If she delivered a girl, she would throw her into the hole in order to save her from the tragedy that would take place when the father returned from traveling. Some mothers would strangle their baby daughters after delivering them.

Some fathers’ faces used to turn dark when they received the news that their wives had given birth to a girl because of their intense hatred for girls, and they would be hesitant whether to bury her alive or bear the humiliation and let her live. Allah The Almighty Says (what means): {And when one of them is informed of [the birth of] a female, his face becomes dark, and he suppresses grief. He hides himself from the people because of the ill of which he has been informed. Should he keep it in humiliation or bury it in the ground? Unquestionably, evil is what they decide.} [Quran 16:58-59]

Their hatred for girls was based on two reasons: First, girls do not take part in wars. Second, they feared that the girl may later become a source of shame. Despite their fear of shame, strangely enough, we find that many Arab tribes were quite lenient in the face of prostitution and that they used to force their slave girls into prostitution until Allah The Almighty revealed the verse forbidding this act (which means): {And do not compel your slave girls to prostitution, if they desire chastity, to seek [thereby] the temporary interests of worldly life. And if someone should compel them, then indeed, Allah is [to them], after their compulsion, Forgiving and Merciful.} [Quran 24:33]

This means that Allah The Almighty forgives the slave girls who were compelled only, not those who compelled them. The most notorious in this respect was ‘Abdullaah bin Ubayy ibn Salool the head of the hypocrites in Al-Madeenah who used to make money by compelling his slave girls to be prostitutes. When this practice was prohibited by the revealed verses of the Quran, he was furious but then later he yielded in submission.

Women in the pre-Islamic era used to expose their adornments and entice men. Noble verses of the Quran were revealed to prohibit Muslim women from imitating the disbelieving women just as Muslim men were prohibited before them from imitating the disbelieving men. Allah The Almighty Says addressing women (what means): {And do not display yourselves as [was] the display of the former times of ignorance.} [Quran 33:33] Allah The Almighty ordered them to stay in their homes when He Says (what means): {And abide in your houses} [Quran 33:33]

The woman of today is like the woman in the pre-Islamic era in terms of exposing adornments and immorality. However, the exposure of adornments in the pre-Islamic era was unsophisticated and naïve, whereas the woman’s exposure of adornments nowadays is wrapped in manicure, pedicure, perfumes, cosmetics, revealing clothes and hair-cuts which look like the humps of the camel which incline women to evil and invite men to it.

It is time we noticed the humiliated state of women in these times and discussed the status of women in Islam in order to see the great difference between that low degrading status and the refined, sublime status that Islam granted them.