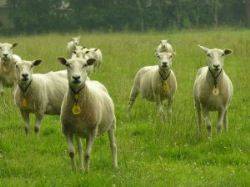 Allah, The Most High, has prohibited usurping other people's property and has imposed liability for whatever is damaged of the property taken without right even if it was by mistake. Whoever damages another person's property - that is considerable - without its owner's permission, is financially liable to make up for it.

Similarly, whoever causes the damage of another person's wealth is financially liable for it. For example, when one opens a gate causing what is locked in to be lost or stolen, or when one unfastens a container causing what is therein to be wasted and damaged, he is liable for them. Likewise, if someone ties a riding animal in a narrow street causing a passer-by to stumble and be harmed or injured, he has to pay him for the damage caused. This is exactly like the one who parks a car in the middle of the street, and as a result, another car or a person is hit, whereby damage is caused, the one who parked the car is liable to make up for the damage. This opinion is based on the Hadeeth reported by Ad-Daraqutni and others, which reads: “If one ties a riding animal in one of the pathways of the Muslims, or in one of their markets, and it treads on someone (or something) by one of its front or back legs, one is liable for it.” [Ad-Daraqutni and Al-Bayhaqi]

The same ruling applies when one leaves clay, a piece of wood or a stone in a pathway or digs a hole in it, causing harm or injury to a passer-by.In the same way, if someone throws watermelon peels or lets water in the street, causing a passer-by to slip and get injured, he is to make up for it. People who do all such actions are financially liable for the resulting damage, as such deeds are regarded as transgression.

Unfortunately, there are many such instances of carelessness everywhere nowadays; too many holes are heedlessly dug on the roads and streets, too many blocks and obstacles are put therein, and too much damage is caused by that heedlessness due to the lack of control and supervision. Some people may even occupy streets as if they were their own, dedicating them for their own use, causing harm to those passing by without caring for the sins they are committing in this way or the punishment that awaits them.

Among the matters that incur financial liability is when one has a mad dog that assaults the passers-by or bites any of them. The owner of the dog is liable to make up for the resulting damages or injuries, for having such a dog is an act of transgression. On the other hand, if someone digs a well in his courtyard for his own benefit, he is financially liable for any damage that might be caused through it; he is obliged to keep it in a condition that prevents harming the passers-by. However, if he leaves it without such precautions, he is deemed a transgressor.

Moreover, if someone owns cattle, he is obliged to keep them away from damaging other people's crops especially at night; otherwise he is financially liable for whatever they damage. The Prophet

judged in such a case: "The owners of property (i.e. cattle) should keep it during the daytime and they are liable for the damages they (the cattle) cause during the night-time.” [Imam Ahmad, Abu Dawood, and Ibn Majah]

The owner of a domestic animal is not liable for it during the daytime, except if he releases it close to what it usually damages. Imam Al-Baghawi

said: “Scholars hold the opinion that the owners of grazing cattle are not liable for the people's properties they (the cattle) damage during the daytime. However, their owners are liable for whatever they damage during the night, for it is conventional that the owners of gardens and orchards are to protect them properly during the daytime while the cattle owners are to detain them during the night-time. Thus, whoever breaks this habit has deviated from the convention. This is in case the owner of the cattle is absent, but if he is there, he has to pay for what his cattle have damaged.”

In the Quran, Allah mentions a story about Prophets Dawood (David) and Sulayman (Solomon), may Allah exalt their mention, and their judgment concerning a similar case of damage. Allah, The Exalted, Says (what means): {And [mention] David and Solomon, when they judged concerning the field —when the sheep of a people overran it [at night], and We were witness to their judgment. And We gave understanding of the case to Solomon, and to each [of them] We gave judgment and knowledge. And We subjected the mountains to exalt [Us], along with David and [also] the birds. And We were doing [that].} [Quran 21: 78 -79]

said: “According to the Quran, Sulayman

was clearly favored by understanding the wisdom of liability on equal terms. The sheep were grazing at night and damaged a grape orchard. Dawood

judged that the shepherds should pay the exact value of the damage, and then he estimated the sheep and found that their value was equal to the compensation for the damage. Therefore, he gave judgment that all the sheep should be given to the owner of the orchard. However, Sulayman

evaluated the two guarantees and found them equal, and that was an example of the knowledge Allah favored him with and the wisdom He praised him for.”

If an animal has been led or ridden by someone, he is liable only for whatever it damages with its front organs, such as the forelegs or the mouth. Yet, he is not liable for what is damaged by the animal's hind parts such as the hind legs, for the Prophet

said: “There is no compensation for whatsoever is damaged (or killed or injured) by a beast's leg.” [Al-Bukhari and Muslim]

said: “The injuries or damages caused by animals like cows, sheep, and the like are not to be compensated (by the owner) if they are off a leash. This occurs, for example, when an animal breaks loose from the person leading it and then causes damage. In this case, there is no financial liability on the owner for the damage provided that the animal is not used to biting and that its owner has not been negligent in detaining it at night and keeping it away from market places and people's gatherings.”
The same opinion is maintained by some other scholars, who state that there is no compensation (for the damage caused) if the animal escapes and wanders about aimlessly without a leader or a rider, unless it is a wild beast.

In addition, if someone is attacked by a human being or an animal, and killing is the only way to stop them, there will be no compensation on that person in case he killed them. This is because killing here is a means of self-defence which is permissible, so there is no liability for its consequences. Moreover, the killing of an assaulter is intended to prevent its harm, so one will not be regarded as a killer when one kills it in self-defence. Rather, the assaulter itself will be regarded as a self-murderer in this case. Sheikh Taqiyyud-Deen

said: “A person has to stop the assaulter, and if it cannot be stopped except by killing, it is permissible for the attacked person to do so according to the unanimous juristic agreement in this regard.”

Among the objects for which there is no compensation in case of damage are musical and entertainment instruments, crosses, wine containers, and books on misguidance, superstition, dissoluteness and profligacy. This is implied in the Hadeeth related by Imam Ahmad

on the authority of Ibn 'Umar

who narrated that the Prophet

ordered him to get a knife and then he

went to the markets of Madeenah, where there were leather containers of intoxicants brought from Ash-Sham (The Levant; the region covering Syria, Lebanon, Jordan, and Palestine). Ibn ' Umar

who commanded his Companions

to do the same [Ahmad]. This Hadeeth proves the religious obligation of destroying such immoral things without giving anything in compensation. Still, this should be carried out under the control and supervision of the authorities so as to guarantee public interests and prevent any evil or corruption resulting thereof.