Consumption of What is Unlawful Corrupts the Hearts 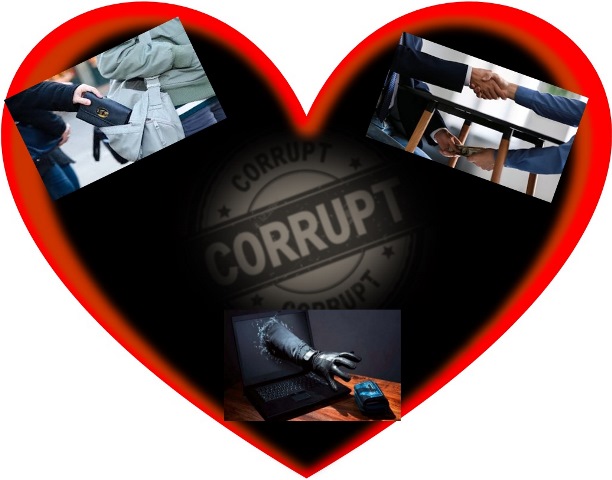 There is clearly a strong relationship between the soundness or corruption of a person’s heart and his food and earnings. A person’s heart becomes corrupt when he earns what is prohibited and dares to eat of it. The Prophet

stated that the Prophet

spoke about the heart after illustrating what was lawful and unlawful to indicate that consuming what is lawful lightens and reforms the heart, while doubtful things harden it.

A Warning against Eating the Unlawful

The Islamic Sharee‘ah forbids its followers from consuming what is unlawful, whether it is other people's money or rights, or foods that Allah The Almighty has declared prohibited. Allah The Almighty Says (what means): {And do not consume one another's wealth unjustly or send it [in bribery] to the rulers in order that [they might aid] you [to] consume a portion of the wealth of the people in sin, while you know [it is unlawful].} [Quran 2:188]

and his father, said, “This is regarding a person who is indebted with something, but there is no evidence to prove that he is. When the creditor claims his right, this person refrains from repaying it, and sues the claimer although he knows that it is not his right and that he is sinful - and thus he consumes what is unlawful.”

said, “O son of Adam, know that the judgment of a judge does not permit you what is unlawful. A judge passes a verdict according to his observation and the testimonies of witnesses, and he is a human and thus liable to make mistakes. Know that anyone who has been favored with an invalid verdict will never have his case finished. Allah The Almighty will judge between him and the other party on the Day of Resurrection, giving the latter a verdict far better than the former had in this worldly life.”

There are various forms of consuming what is unlawful, the most evil of which is devouring orphans' property unjustly. This is strictly prohibited in the Quran; Allah The Almighty Says (what means): {And test the orphans [in their abilities] until they reach marriageable age. Then if you perceive in them sound judgment, release their property to them. And do not consume it excessively and quickly, [anticipating] that they will grow up. And whoever, [when acting as guardian], is self-sufficient should refrain [from taking a fee]; and whoever is poor - let him take according to what is acceptable. Then when you release their property to them, bring witnesses upon them. And sufficient is Allah as Accountant.} [Quran 4:6]

In his commentary on this verse, Shaykh As-Sa‘di

said, “The verse prohibits consuming the property of orphans while they are young, when they can neither take it from one nor prevent him from consuming it. One can devour it while they are still young, before they are grown and can take it or prevent him from consuming it. Many guardians who do not fear Allah and have no mercy upon or love for the children in their custody do this. They find the opportunity, which they seize, and thereby hasten to commit what Allah The Almighty has prohibited. Therefore, Allah The Almighty forbids this act specifically.”

was the most concerned with the well-being of his Ummah (nation) and with warding off evil from it. Therefore, he warned Muslims against consuming the unlawful, including the property of orphans. He

said: “Avoid the seven destructive sins.” One of which is: “Devouring the property of orphans.” [Al-Bukhari and Muslim]

Another form of prohibition which many people consider trivial and dare to indulge in is the consumption of Riba (interest, usury). Allah The Almighty Says (what means): {But Allah has permitted trade and has forbidden Riba.} [Quran 2:275]

In forbidding the consumption of Riba and warning against its consequences, Allah The Almighty Says (what means): {O you who have believed, fear Allah and give up what remains [due to you] of Riba, if you should be believers. And if you do not, then be informed of a war [against you] from Allah and His Messenger. But if you repent, you may have your capital - [thus] you do no wrong, nor are you wronged.} [Quran 2:278-279]

Who Could Bear a War against Allah The Almighty?

counted the consumption of Riba as one of the seven deadly sins.

Supplications and the Consumption of the Unlawful

In this regard the Prophet

said, “Indeed, Allah is Good and He therefore accepts only what is good. Allah commanded the believers as He commanded the messengers by Saying (what means):
• “O messengers, eat from the good foods and work righteousness. Indeed, I, of what you do, am Knowing.” [Quran 23:51]

• “O you who have believed, eat from the good things which We have provided for you and be grateful to Allah if it is [indeed] Him that you worship.” [Quran 2:172]

He then made mention of: “a person who travels widely, his hair disheveled and covered with dust. He lifts his hand towards the sky [and thus makes supplication saying]: “O Lord! O Lord!” But his diet is unlawful, his drink is unlawful, his clothes are [of] unlawful [means] and his nourishment is unlawful. How could his supplication, then, be accepted?" [Muslim]

said, “Eating, drinking, or wearing what is unlawful prevents supplication and other acts of worship from being accepted.”

Consuming what is unlawful does indeed prevent supplication and other acts of worship from being accepted. Ibn ‘Abbas

and his father, said, “Allah The Almighty does not accept the prayers of a person whose belly contains something unlawful.”

said, “If [one’s] nourishment is unlawful, how can [his] deeds be acceptable?”
Wahb ibn Al-Ward

said, “Even if you worship Allah endlessly, nothing will help you until you scrutinize whether what is in your belly is lawful or not.”

In sum, a Muslim should be sure that this worldly life is not his end, and that he will be reckoned in the Hereafter for any unlawful thing he earns. In the Hereafter, accounts will not consist of money; rather they will consist of good and evil deeds.

Therefore, everyone should fear Allah and seek lawful sources for his income.

May Allah The Almighty guide all of us to do so, and keep all Muslims and us away from everything evil and unlawful.