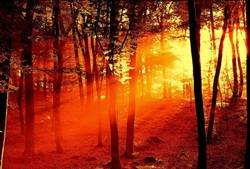 Many girls desert their books soon after they finish formal education and do not read anymore. Thus, they relapse into a state of ignorance because they do not have anything to do with books. They devote themselves entirely to caring about their clothes, adornment, and sampling the good things in life. However, these interests are temporal and related to the worldly life only.

Muslim women should bear in mind that they are members of the Muslim community. Thus, they wield influence on it and are also affected by it. They are not socially marginal or unimportant. It is not befitting for a Muslim woman to have a negative outlook in life or to be dependent on others. In fact, having such an attitude points towards an ungrateful personality, since it shows an attempt to exchange what is better for that which is base. The Ummah (Muslim nation) waits for its grateful sons and daughter to restore its past glories.

Some points to keep in mind about Muslim women and their contribution to society:

• Women have a mission of raising future generations that aims at advancing the society. This mission is fulfilled first by fulfilling the rights of neighbors. They should educate uneducated women with the knowledge they need for their religion and life. By doing so, they will do a favor to the future generations. Neighbors, therefore, will not gather to gossip, but to broaden the awareness of Muslim families, and develop their superficial and naïve interests into sublime horizons. Thus, Muslim women could turn every conversation into a purposeful talk. Brilliant Muslim women would even utilize empty talk by drawing lessons from it and reflecting. on it. In addition, righteous neighbors should ponder the best method to utilize in bringing up their children and solving their problems collectively.

• Women should do their best to foster cooperation among neighbors. For example, a child used to steal money from his father’s pocket and spend it on a group of his friends who encouraged him to commit that misdeed. His mother came to know about this through her neighbor, who advised her about what was happening. She helped her to overcome the crisis by studying the problem and looking into its roots, then by containing the problem and finding a suitable solution for it.

• One of the duties of Muslim women is to maintain good relations with their relatives. To that end, they should maintain kinship relations, visit sick relatives, and participate in happy occasions, as well as doing other good deeds that would diffuse the spirit of cooperation and love. This helps generations to grow up following the principles of Islam and its supreme values by dealing kindly and affectionately with others following the example of their mothers. Muslim women should encourage all the good initiatives of their children, so that they would relish the success and excellence of their children. On the contrary, some foolish women go out to public arenas to cheer sport games, like football, basketball and soccer players. This, in addition to being totally unlawful, indicates that women are unaware of the mission they should undertake.

• A mother should let her children talk to her. She should listen to their opinions and appreciate their successful deeds without getting bored. Mothers should know that children who are considered by some people as 'talkative' may have a great future ahead of them. Their frequent questions prove their powerful sense of observation and express their desire to learn. Do not forget that guiding children and encouraging them can have good results.

There was a well-spoken lecturer who would greatly impress girls who listened to her speak. The factor that greatly contributed to her talent was that some of her neighbors as well as some of her father’s acquaintances would listen to her speeches and encourage her to talk even though she was less than six years of age.

Therefore, we should say good words to little children, because saying a good word is an act of charity. Purposeful guidance is fruitful. Sincere words go directly to the heart.

• One of the main tasks of Muslim women is to contribute to fortifying the younger Muslim generations with genuine Islamic culture and the sound creed. They should not let frivolous women lead our younger generations astray and utilize every available means to achieve their goal of ruining them.

• Women are required to contribute to the prosperity of the younger generations by making use of their lifetime and their knowledge about which they will be questioned. However, they are not required to commit themselves to a full-time job that will lead them to neglect their duties towards their husbands and children.

When working women return home, they are fatigued and overburdened with the concerns of work. How can they benefit their children who need an affectionate touch from them, but get nothing but a scolding because their mothers are exhausted and want to rest after suffering a long day of work? Women who do this are mistaken, because they have to prioritize their life. This address is directed to righteous women who have a sound creed and are conscious about wasting the rights of Allah The Almighty and mixing the truth with falsehood.

• Conscientious Muslim women deal with the reality with sagacity and care. They should remember that an objective of the Sharee‘ah is to preserve religion, mental soundness, lineages, lives, and property. Anything that harms any of those five things must be stopped. Muslim women should spread virtue, condemn devilish thoughts and clarify their misguidance and deviation to their children and family members.

The wicked enemy must be faced with sound planning and counteraction. If Muslims do not exert efforts to reinforce righteous manners and firmly establish the sound creed, they will regret when it is too late. This is because myths and low ideals will have been enhanced and the younger Muslim generations will suffer their evil consequences.

In the past, Muslim women were distinguished for entertaining their children with stories that amused them and instilled Islamic principles in their minds.

Why, then, do cultured Muslim women leave their children to be victims of stories written by immoral people and disbelievers, who distort Islamic history and attack Islamic principles?

Let Muslim women contribute to print and audio mass media as much as they can. Even Islamic songs (Anasheed) should be composed for our children to sing instead of letting them repeat songs that have no moral content. This will make our children sing pure words that reflect the bright image and supreme principles of Islam and will attract the hearts of Muslim children to virtues.

The same thing applies to magazines, stories, and novels that tell how people deceive each other to obtain money. They inspire our children with mistaken values and thoughts of violence, irresponsibility, undutifulness to parents, as well as other bad morals. Muslim women should make use of these mediums so as to be capable of educating their children with what is good, develop their creed, cultivate their minds, and entertain them at the same time.

The most dangerous channel of the mass media is the internet and satellite TV channels. It rivals the parents in guiding the children through a well-planned policy of attraction and invasion. The human devils are those who furnish the television with everything that destroys virtues. The former French president, De Gaulle, once talked about the influence of television, saying, “Give me this screen and I will change the French people.”

Many families have given up their role in raising their children to adopt the Islamic creed and have let the television guide them and sow in them the concepts and ideologies that are alien to the Islamic creed and culture. In this context, we understand the duty that cultured Muslim women should fulfill. They should utilize their potential. If they have the ability, they should write stories, compose Islamic songs, or write dialogues or articles to save their children from the tools of domestic and foreign destruction.
Dear Muslim sisters,
Do not excuse yourselves by saying that your body is weak, that you have many obligations to fulfill, or that you are always pressed for time, since the upright Sharee‘ah instructs Muslims to make utmost use of their time, health, and wealth. It was narrated on the authority of Ibn ‘Abbaas, may Allah be pleased with them, that he quoted the Messenger of Allah

If women organize their daily activities and make good use of every second of their time and not waste it in needless talk, they will never be heard complaining about time restraints. They should pay attention to their duties as callers to what is good and work as good examples for others to follow. They should enrich awareness in the fields of upbringing and health in a way that brings benefit to the Muslim generations and Islamic society at large. They should also exert their utmost effort to find Islamic alternatives for the massive momentum of intellectual attacks. They should further defend religion in a society of wicked people who continue to scheme and work to distract Muslims from adhering to their religion.

Muslim women should not relent to transient comforts, needless sleeping, and laziness that has affected many of them. They are advised to actively fulfill their duty toward their Ummah (Muslim nation). They are required to do all that they can to bring up righteous generations. They should utilize their time in useful ways and employ each suitable opportunity. It is hoped that they will substantially contribute to removing darkness from the Ummah and communicate virtue to the future generations. Otherwise, our hopes will be confined to our chests and our generations will be at the rear of the caravan instead of taking its lead.