Asceticism is the Way to be Loved - II 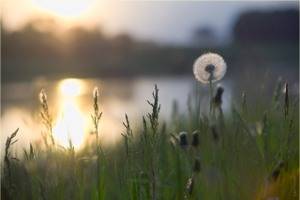 as he was the model example. ‘Ali, may Allah be pleased with him, said, “All goodness is for those who are ascetic in this worldly life and those who incline to the Hereafter. They are those who took the land as their rug, its dust as their mattress, its water as their perfume, the Quran as their slogan, and supplication as their garment. They completely renounced the worldly life.”

Abu Ad-Dardaa’, may Allah be pleased with him, wrote a letter to some of his friends, saying, “I advise you to fear Allah, to be ascetic in this worldly life, and to desire what is with Allah. If you do so, Allah will love you for your desire for what is with Him, and people will love you for leaving their worldly lives for them. As-Salaamu Alaykum.”

reported that the Mother of the Believers, ‘Aa’ishah, may Allah be pleased with her, once received eighty thousand Dirhams from Mu‘aawiyah, may Allah be pleased with him, and by that evening she did not have even a single Dirham left. Her maid said to her, “Should you not have bought a Dirham’s worth of meat for us?” She replied, “If you had reminded me, I would have done.”

When ‘Umar, may Allah be pleased with him, reached Ash-Shaam (greater Syria), his soldiers met him while he was wearing a lower garment, a pair of leather socks and a turban. He was pulling along his riding animal and walking in puddles. The soldiers said to him, “O commander of the believers, Will the soldiers and patriarchs of Ash-Shaam meet you while you are in this state?” He replied, “We are people whom Allah has honored by Islam, so we will not seek honor in anything else.”

A man visited Abu Tharr, may Allah be pleased with him, and looked around at his house and said, “O Abu Tharr, I do not see any belongings or furniture in your house!” He replied, “We have another house [i.e., his house in Paradise] to which we send our good belongings.” He added, “The owner of the house [i.e., Allah] will not leave us in this house.”

‘Amr ibn Al-‘Aas, may Allah be pleased with him, said in a sermon that he delivered in Egypt, “What a huge difference there is between your way and the guidance of your Prophet

! He was the most ascetic of people in this worldly life while you are the most inclining of people towards it.”

‘Ali, may Allah be pleased with him, said, “I married Faatimah while we had no bedding but the skin of a ram that we would sleep on at night and place the fodder for the camel on it during the day. I had no one to serve me but her, and she would get so exhausted that her forelock would fall on the edge of the bowl when she kneaded.”

When Mu‘aath ibn Jabal, may Allah be pleased with him, was about to die, he said, “O Allah, You know that I did not love this worldly life and longevity in it for the sake of digging rivers or planting trees [i.e., the sustenance in this worldly life]. Rather, [I wanted it] for the sake of fasting during the day, performing voluntary prayers at night, and attending the assemblies of remembering Allah, despite them being crowded.”

but the finest in general was ’Uways Al-Qarni

would say, “Take death as a pillow when you go to sleep and put it before your eyes when you are awake.”

said, “A person intends to marry the most beautiful woman in the district, so she says to him. ‘I want garments made of wool’, then she takes away his religion.”

Many of the righteous predecessors would refuse to take lawful money that was offered to them and would say, “We will not take it lest it ruins our religion.”

would open his shop, and if he earned just two Dirhams, he would close it.

would trade in oil, and after his death he left four hundred Dinaars, saying, “I left them to protect my honor and religion.”

said, “Asceticism in this worldly life is to not have the hope of a long life, rather it is to eat rough food or wear rough clothes.”

also dispraised this worldly life and being attached to it.

would say, “All that distracts you from Allah The Almighty, whether family, wealth or children, is a misfortune.”

would sleep on a mat such that its marks appeared on his body, and he died while there was no provision on the shelf of ‘Aa’ishah, may Allah be pleased with her, except a handful of barley that she would eat from. If one were to enter the rooms of his wives, his head would touch the ceiling. ‘Umar ibn Al-Khattaab, may Allah be pleased with him, the caliph of the Muslims, once delivered a sermon wearing a garment that had twelve patches.

These people were not deprived of the pleasures of this worldly life because of their abasement in the sight of Allah The Almighty, rather because of the abasement of the worldly life in His sight, which does not even equal the weight of a wing of a mosquito; and the two voluntary units of prayer before Fajr prayer are better than this worldly life and what it contains. In order for one not to despair over what has eluded him, he should not exult in pride over what Allah The Almighty has given him. The believer does not become disappointed over being disgraced in it nor compete with others over its glory, as he has his own concern and they have other concerns.