The Virtue of Nurturing Girls - I 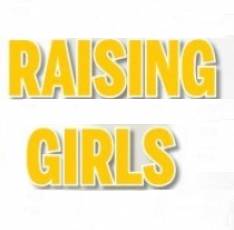 This article in its two parts, Allah willing, will be about a righteous good deed, and whoever performs it perfectly, according to its required conditions, will attain three things:

First: he will be veiled from Hell and never enter it.

Second: on the Day of the Greatest Terror, (i.e. the Day of Judgment), he will be gathered in the company of the Prophet

Third: Paradise will be guaranteed for him, where he will be in the company of the Prophet

What an excellent and great reward this is! This great reward, O believers, requires that certain conditions be fulfilled perfectly.

What is this deed and what are its conditions?

I say, seeking the help of Allah The Exalted, that it is to take care of girls, being in charge of them and looking after their affairs and interests. That is the position of our religion with the woman whom it honors, maintains, and guards; it encourages men to enter Paradise and receive great rewards should they take care of her and guard her.

How great the favors of Allah The Almighty are on the daughters of Eve and how sad that some people show ingratitude and deny them!

said in an authentic Hadeeth on the authority of the Mother of the Believers ‘Aa’ishah, may Allah be pleased with her: "Whichever (people) are tried by any of them (girls), and he treats them kindly, they will screen him from the fire (of Hell)." [Al-Bukhari and Muslim]

He further said: "Whoever has three girls and is patient with them and clothes them from what he has, they will veil him from the fire (of Hell)."

That is the first reward that you, O slave of Allah, would receive for that work, which is to be screened and veiled from the fire of Hell, and whoever is drawn away from the fire and admitted to Paradise has indeed attained his desire.

May Allah make us all among those who attain that reward!

Concerning the second reward, which is to be gathered in the company of the Prophet

it was narrated on the authority of Anas, may Allah be pleased with him, that he said, “The Messenger of Allah

said: ‘Whoever looks after two girls until they attain the age of maturity, would come on the Day of Judgment with me and him being (as close to each other) as these (and he joined his fingers).’” [Muslim]

As for the third reward, then consider the following texts:

It was narrated on the authority of Jaabir, may Allah be pleased with him, that the Prophet

said: "‘Whoever has three daughters whom he gives refuge to, provides for and shows mercy to, Paradise is certainly guaranteed for him.” A man asked, “And (for) two, O Messenger of Allah?” He replied: “And also (for the one who has) two (daughters)." [Ahmad] [Al-Bukhari in Al-Adab Al-Mufrad]

It was narrated on the authority of Abu Sa‘eed, may Allah be pleased with him, that the Prophet

said: "No one has three or two daughters or sisters, and he fears Allah regarding them and is kind to them, except that he will enter Paradise."

It was narrated on the authority of Anas, may Allah be pleased with him, that he said, “The Messenger of Allah

said: ‘Whoever has two daughters or sisters to whom he is kind as long as they are with him, he and I will be in Paradise (as close to each other) as these (and then he put two of his fingers together).’”

What a great reward this is! And, what an excellent position this is!
However, such great rewards have heavy qualifications and various objectives that must be realized by great striving and patience.

What are these conditions and restrictions?

All the conditions are included in his (the Prophet's

To be kind to girls in such a way as to befit the Sharee‘ah is the all-inclusive condition and the greatest qualification. The narrations previously mentioned came to explicate and clarify in detail this general reference. The Prophet

said: "…Whom he gives refuge to, provides for and shows mercy to."

said, "All these terms are included under the term "Ihsaan" (to be kind)."

What is the meaning of giving refuge to them? What is intended by providing for them? And, how should we show mercy to them?

First: Giving her refuge with a good righteous mother, to be an example for her to follow. The first stage of giving refuge to girls is to keep them with a righteous pious chaste mother to maintain and guard them. Have you not heard the advice of the Prophet

: "Then, succeed (by choosing) the religious woman lest you would lose (good)"?

Second: Giving her refuge in her boudoir, inside her house, which is to teach her to abide in her house and not to come out unless there is a necessity, an urgent need or an act of worship. In other words: "To attend the goodness and supplications of Muslims."

That is the significance of the statement of Allah The Almighty (which means): {And abide in your houses.} [Quran 33:33]

Allah The Almighty commands women to abide in their houses, for it is more suitable to screen them and guard their lives.