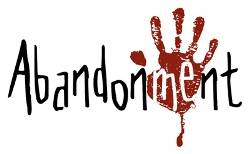 The Muslim society is a harmonious one where love and unity prevail. The Sharee‘ah encourages everything that strengthens the spirit of brotherhood among members of this society and prohibits anything that may negatively affect this spirit. One of the negative morals that has been prohibited by Sharee‘ah is abandonment.

The Meaning of Abandonment

Abandonment means forsaking others, and this may occur in different ways:
- Physically, as mentioned in the Quranic verse where Allah The Almighty Says (what means): {forsake them in bed} [Quran 4:34]

- Morally, by the tongue and heart, as mentioned in the Quranic verse where Allah The Almighty Says (what means): {And the Messenger has said, “O Lord! Surely, my people have taken to themselves this Quran as a thing abandoned.”} [Quran 25:30]

Types of Abandonment and Its Islamic Ruling

In principle, abandoning Muslims is prohibited; however, in some cases it is permissible. The ruling of abandonment varies according to the case of the abandoned person.

Abandoning the wife is permissible in certain cases if she becomes arrogant or is feared to become so. Allah The Almighty Says (what means): {But those [wives] from whom you fear arrogance - [first] advise them; [then if they persist], forsake them in bed.} [Quran 4:34] The wife is only to be abandoned in bed. This is supported by a Hadeeth on the authority of Mu’aawiyah ibn Al-Qushayri, may Allah be pleased with him, where he said: “I said, ‘O Messenger of Allah, what right can any wife demand of her husband?’ He replied: ‘You should feed her when you eat and clothe her when you clothe yourself. You should not strike her on the face, and do not revile her or abandon her except in bed.’ ” [Abu Daawood, Al-Albaani - Hasan Saheeh]

Abandoning the wife in bed means not having sexual intercourse with her and sleeping with one’s back turned to her. According to Islamic scholars, this abandonment should not exceed one month as mentioned by Al-Qurtubi

. Nevertheless, it should be preceded by advising one’s wife and reminding her of Allah The Almighty. Also, one should clear up any doubts with his wife leniently and gently. Furthermore, he should supplicate for her earnestly repeating the supplication that is mentioned in the verse (what means): {And those who say, “Our Lord, grant us from among our wives and offspring comfort to our eyes and make us an example for the righteous.”} [Quran 25:74]

Abandoning one’s fellow Muslims is a grave major sin if it lasts for more than three days, and if it is not for a Sharee‘ah-approved reason as this leads to the severing of relations as well as harm and corruption. This is supported by many Hadeeths like that one on the authority of Abu Ayyoob Al-Ansaari, may Allah be pleased with him, where the Prophet

said: “It is not lawful for a Muslim to abandon his brother for more than three nights [such that], when they meet, they turn their backs to each other - and the better of the two is the one who is the first to greet the other.” [Al-Bukhari and Muslim]

said: “It is not lawful for a Muslim to abandon his Muslim brother for more than three days; and whoever does so and then dies, will enter Hell.” [Abu Daawood, Al-Albaani - Hasan]

In a Hadeeth on the authority of ‘Aa’ishah, may Allah be pleased with her, the Prophet

said: “It is not right for a Muslim to abandon another Muslim for more than three days. Then if he meets him and gives three salutations, receiving during that time no response, the other bears his sin.” [Abu Daawood, Al-Albaani - Hasan]

In a Hadeeth on the authority of Abu Khiraash As-Sulami, may Allah be pleased with him, he said that he heard the Prophet

say: “Abandoning one’s brother for a year is like shedding his blood.” [Abu Daawood, Al-Albaani - Saheeh]

Hence, it is prohibited for a Muslim to abandon his Muslim brother for more than three days because this leads to social disintegration. However, there are exceptions to this rule. Abandonment is permissible if it would rectify religiously the abandoned person or the one who abandons; otherwise, it is prohibited. The Prophet

and the honorable Companions abandoned the three who did not join them in Jihaad, for fifty days until revelation descended and affirmed that their repentance had been accepted. Allah The Almighty Says (what means): {And [He also forgave] the three who were left behind [and regretted their error] to the point that the earth closed in on them in spite of its vastness and their souls confined them and they were certain that there is no refuge from Allah The Almighty except in Him. Then He turned to them so they could repent. Indeed, Allah The Almighty is the Accepting of Repentance, the Merciful.} [Quran 9:118]

Abandoning one’s kindred is a grave major sin, even if it is for less than three days, as this implies severing ties of kinship. The Prophet

and others. If one finds any of these ways difficult for him, then he should adopt another way or the ways that he is able to since Allah The Almighty does not charge a soul except with that which is within its capacity. When some people were about to sever ties of kinship with their non-Muslim relatives because they did not adopt Islam, Allah The Almighty revealed (what means): {Not upon you, [O Muhammad], is [responsibility for] their guidance, but Allah guides whom He wills. And whatever good you [believers] spend is for yourselves, and you do not spend except seeking the countenance of Allah. And whatever you spend of good - it will be fully repaid to you, and you will not be wronged.} [Quran 2:272]

Moreover, Allah The Almighty commands us to be dutiful to our parents even if they are disbelievers for He Says (what means): {But if they endeavor to make you associate with Me that of which you have no knowledge, do not obey them but accompany them in [this] world with appropriate kindness and follow the way of those who turn back to Me [in repentance]. Then to Me will be your return, and I will Inform you about what you used to do.} [Quran 31:15]

considered severing ties of kinship as a grave major sin, regardless of the reason why it is done.