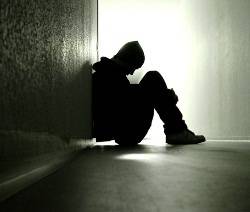 Abandoning the Disobedient and Heretical Innovators

Abandoning the disobedient and disbelieving innovators is required at all times unless they repent and return to the truth. Whoever reveres an innovator in religion would thereby be contributing to the destruction of the religion. When a man of those who denied the divine decree entered a place where Ibn Seereen

was sitting and wanted to speak about his deviant beliefs, Ibn Seereen

blocked his ears with his fingers and said to him, “Either you leave or I leave.”

said, “Publicly abandoning whoever commits sins, which are related to words, deeds or beliefs, is permissible.”

said, “Abandoning disbelieving innovators, disbelievers, immoral people and those who commit sins publicly, in addition to abstaining from greeting them is a communal obligation, but it is disliked for every single person to do this. Moreover, no one should greet an immoral person who commits sins publicly or an innovator in religion who openly invites to his innovations. On the other hand, the Muslim who does not commit sins publicly should not be abandoned for more than three days. Abandoning such people was made lawful to be a type of treatment rather than a means of destruction; consequently, it should remain within the proper limits so as not to destroy the person who was abandoned.”

The aim of the Sharee‘ah is to maintain people’s interests. Also, there are other factors that must be taken into consideration like how ‘strange’ Islam is at any given time, rampant ignorance, and the necessity of adopting leniency and kindness when calling people to Allah The Almighty or when refuting any malicious allegation. This is necessary so that those who perished through disbelief would perish upon evidence, and those who lived in faith would live upon evidence. ‘Umar, Abu Ad-Dardaa’, may Allah be pleased with them, and Ibraaheem An-Nakha‘i

were of the opinion that one should not abandon his Muslim brother immediately if he committed a sin, because a person may sin sometimes but then return to Allah The Almighty at other times. This is the best opinion that can accord with our current conditions, especially when we cannot force people to be good, not to mention the amount of rampant ignorance that exists in our time.

Hence, if we find that abandoning someone causes him to be more evil, then it is better to maintain relations with him along with calling him to Allah The Almighty.

It is unlawful for a woman who believes in Allah The Almighty and in the Last Day to abandon her husband or refuse to go to him if he wants to have sexual intercourse with her. In a Hadeeth on the authority of Abu Hurayrah, may Allah be pleased with him, the Prophet

said: “A woman who abandons her husband’s bed is cursed by the angels of Allah The Exalted.” This Hadeeth was narrated by Ahmad and Al-Bukhari

and the narration of Muslim

has the wording: “When a man calls his wife to his bed and she refuses and he [the husband] spends the night angry with her, the angels curse her until morning.” In another narration, it is mentioned: “… until she returns.”

It is improper for a wife to use her husband’s faults as an excuse to justify her negligence as there is no connection between the two matters. She should discharge her obligations and ask her rights from Allah The Almighty.

If abandoning one’s Muslim brother is forbidden in principle, then three days are enough to rid oneself of any negative feelings. The Sharee‘ah considers that the better of two Muslims who are not on good terms is the one who starts by greeting the other. This meaning was practically interpreted by the righteous, who were keen on reconciling people to each other. Abu Al-Hasan Al-Madaa’ini

It is known that abandoning one’s Muslim brothers without a Sharee‘ah-approved reason causes a great deal of harm to the society and the individual. Abandoning Muslims is detestable and incurs the anger of Allah The Exalted against those who abandon each other. It also delays the forgiveness of Allah The Almighty and is a trap of the devil through which he induces his followers to drive them to Hell. Mujaahid

said, “The good deeds of the uncircumcised person and the one who abandons his Muslim brother unjustly are suspended until the former is circumcised and the latter repents.”

said: “The doors of Paradise are opened on Mondays and Thursdays. Every slave who does not associate anything with Allah The Almighty will be granted pardon except the person in whose heart there is rancor against his brother. It would be said: ‘Delay their pardon until they are reconciled.’”

In general, one must abandon sins, disobedience of Allah The Almighty and everything that might lead to them. Also, and more specifically, he must also beware of abandoning the Quran and other acts of worship and obedience to Allah The Almighty who Says (what means): {And the Messenger has said, “O Lord! Surely, my people have taken to themselves this Quran as a thing abandoned.”} [Quran 25:30]