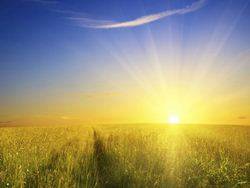 Praise be to Allah Who Revealed His Noble Book in the best style and Impressed hearts with its good wording and eloquent compositions. He Revealed it in the form of clear verses, Segmented it into Surahs and verses, Arranged it in the best way with His Extensive Wisdom and Composed it in the greatest way with the most eloquent words and sublime structure. Blessings and peace be upon the Prophet

to whom the Quran was revealed to warn and remind. Allah Revealed the Quran to his noble heart and this alleviated his hardship and expanded his breast. Also, blessings and peace be on the Prophet’s

family and Companions from among the Muhajiroon and the Ansar.

Despite technical advancement, the prosperity of industries and inventions and the new world order, the world today is failing with all its organizations, institutions and innovations to bring happiness to humankind or provide it with security and comfort. Here are the ratios of the disease of the age; anxiety and depression, increasing day after day. Here are also the ratios of poverty, ignorance, hunger, killing, suicide as well as the collapse of values, principles and morals multiplying year after year.
Villa Spaza, a Spanish scientist, said, "All the amazing discoveries of the West are neither able to prevent even one tear nor to make even one human smile...”

Alexis Carrel said, "Modern civilization does not suit us …. Although it was established through our contributions, it does not suit us. We are indeed unhappy people because we have morally and mentally deteriorated.”

The same applies to some of those who are called Muslims. They have their wealth, positions and dreams, though they live in worries, anxiety and pain. What is the solution? What is the refuge? It is the Quran!

The Quran is the source of glory and happiness for the Ummah, the basis of knowledge, action and tranquility, and the spring of steadfastness at the time of conflicting ideas and changing concepts. It is the fortified dam in facing temptations, allegations and desires.

At such a time, all of us need the Quran to strengthen our faith and certainty so that we keep steadfast before such desires and challenges.

O Muslims, nation of the Quran, there is neither steadfastness, nor affection for the self, nor relief for the soul, nor fulfillment of a promise nor security from a punishment nor firmness of belief nor continuity of one’s good mention unless one moves with all his feelings, sentiments, heart and body to the Book of Allah, the Noble Quran through recitation, reflection, learning and acting accordingly.

This key actually opens the locks of the heart. The Quran is the key of the hearts. Allah The Almighty Says (what means): {Then do they not reflect upon the Quran, or are there locks upon [their] hearts?} [Quran 47: 24]

O Muslim, you should read the Quran with your heart first before your tongue to find:

Purity of meanings which quench your thirst from the water of eloquence, gentleness where you smell the breeze of the garden as well as words when they are strict, they are like waves of the overflowing seas and when they are lenient, they are the breaths of the life to come.

The Quran is the source of lighting the heart as well as life and remedy for souls. Allah The Almighty Says (what means): {O mankind, there has to come to you instruction from your Lord and healing for what is in the breasts and guidance and mercy for the believers. Say, "In the Bounty of Allah and in His Mercy - in that let them rejoice; it is better than what they accumulate.”} [Quran 10: 57-58]

The Quran achieves happiness for the human, spreads security and tranquility and provides glory, prosperity and safety. All this is achieved through the Quran and the Sunnah of the Prophet

who said: “I have left among you two things you will never go astray as long as you hold fast to them: the Book of Allah and my Sunnah.” [Sheykh Al-Albani classified it as Hasan (good)]

We hear many of those who try to prove the strength of eloquence and effectiveness in the Quran for the enemies. Had we been truthful with ourselves, we would have wondered: What is the effect of the Quran on our souls? What is the effect of its eloquence on our hearts? Is this not poof against us that we are away from the Quran and therefore we are weak? Where are we from the Quran; the light of our hearts, the constitution of our lives, the Favor of Allah and His greatest Bounty over us?

We are often in dire need of those who remind us, admonish us, soften our hearts and help us to stay always on the straight path, with neither exaggeration nor negligence.

There are moderate souls which accept, are disciplined and even become happy and demand this reminder. Contrary to this, there is another type of Muslim who is far away from the Islamic etiquettes and morals. They are even away from dedicating worship to Allah and doing what befits the Majesty of Allah of love, exaltation, submission and surrender. Such people need strong alerts and admonishments which put an end to their heedlessness and take them out of their deviation. There are no stronger alerts than the alerts of the Noble Quran which greatly influenced the Arabs, not only due to its inimitable style but also due to its alerts, prohibitions as well as the way of narrating stories in all its Surahs.

Have such people heard the verse in which Allah The Almighty Says (what means): {O you who have believed, do not take your fathers or your brothers as allies if they have preferred disbelief over belief. And whoever does so among you - then it is those who are the wrongdoers.} [Quran 9: 23]

Have such people read in the Quran the verse in which Allah The Almighty Says (what means): {Say, [O Muhammad], "If your fathers, your sons, your brothers, your wives, your relatives, wealth which you have obtained, commerce wherein you fear decline, and dwellings with which you are pleased are more beloved to you than Allah and His Messenger and Jihad in His Cause, then wait until Allah Executes His command. And Allah Does not Guide the defiantly disobedient people."} [Quran 9: 24]
When one of the leaders of the Quraysh heard the Messenger of Allah

reciting the verse in which Allah The Almighty Says (what means): {But if they turn away, then say, "I have warned you of a thunderbolt like the thunderbolt [that struck] ‘Aad and Thamood.} [Quran 41: 13], he begged him to stop the recitation.
The Prophet

strictly warned against returning to the morals of the pre-Islamic era saying: “The example of the one who helps his people with falsehood is like a camel that fell into a well and it moves its tail but can not get out.” [Sheykh Al-Albani classified it as Saheeh (authentic)]

He also said: “I am seizing your waistbands and trying to pull you away from the Fire but you are trying to get away from me.” [Muslim]

Why are those who are enslaved by traditions and vain pretensions and their words and deeds have become so far from Islam, not frankly told that their status is due to weakness of faith and keeping away from reflecting on the verses of the Quran? Actually, the Quranic stories and examples as well as the sayings of the Prophet

I wonder in astonishment; is the condition of civilization and advancement to disobey Allah and contradict His commands? If it is so, then this is the real backwardness. This is actually backwardness to the ages of ignorance, Shirk, darkness and worshipping desires and the idols of fancy! Allah The Almighty Says (what means): {Indeed, this Quran guides to that which is most suitable and gives good tidings to the believers who do righteous deeds that they will have a great reward.} [Quran 17: 9]

Is this the effect of ignorance about the Quran? Or is it shame to follow the truth of Islam? Or it is the effect of desires and lusts and surrender? O people of the Quran, the Quran calls to progress in all fields; all worldly and religiously matters. Nevertheless, it is the type of progress which is controlled by the noble Quranic etiquettes and divine teachings. Non-Muslim scientists and wise people wondered about the Noble Quran which preceded them to reflection and advancement by hundreds of years. This is happening at a time when many Muslims have deserted the Quran.