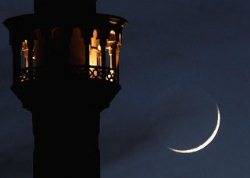 It is known and understood that wealth belongs to Allah The Almighty and that He Appointed His slaves as His successors to see how will they act. He Will Ask them about it when they stand before Him. How did they collect it? And how did they spend it? Whoever earned it from lawful sources and was a good successor so that he spent it in the way of obeying Allah The Almighty and to attain His pleasure will be rewarded for acting properly. Whoever collected it from unlawful resources and was a bad successor by spending it on impermissible things will be punished and this will be the reason for his misery.

That is why the Muslim should observe what Allah The Almighty Loves with regards to his wealth if he wants to be successful in the Hereafter. He should accustom himself to hasten as much as he can to every field in which Islam urges spending and quit every field in which Islam prohibits spending. From among the greatest issues that Allah The Almighty Legislated for His slaves in the month of Ramadan is charity and spending by providing for and helping the needy and cooperating with Muslims. Many texts and reported citations clarify the virtue of charity for the sake of Allah The Almighty and out of seeking His Pleasure. Here are some to name but a few:

1- It is a great mercy that urges Muslims to do good, help the needy, be generous to the poor, sympathize with widows, wipe the tears of orphans, and be kind to them and make them happy. Allah The Almighty Says (what means): {Indeed, the men who practice charity and the women who practice charity and [they who] have loaned Allah a goodly loan - it will be multiplied for them, and they will have a noble reward.} [Quran 57:18]

2- It motivates the giver of charity. How beautiful and deep is his feeling when he lends The Rich and The Praiseworthy, deals with the Owner of the Dominion, knows that what he spends will be compensated and multiplied and that he will be rewarded after all that with a generous reward!

Allah The Almighty Says (what means): {But whatever thing you spend [in His cause] - He will compensate it; and He is the best of providers."} [Quran 34:39]. In addition, the Prophet

said: "No day (goes by) where the slaves (of Allah The Almighty) are dawned upon but two angels come down from Heaven and one of them says: 'O Allah! give more to every person who spends in Your Cause' and the other (angel) says: 'O Allah! Bring destruction to one who withholds.'" [Al-Bukhari and Muslim]

3- It is a reason for attaining the love of the Lord. The Messenger of Allah

said that Allah The Exalted Says: "My slave keeps on coming closer to Me through performing Nawaafil (supererogatory acts of worship) till I Love him." [Al-Bukhari]

4- It expiates sins and misdeeds. The Prophet

said: "A man's afflictions (the minor sins he commits) concerning his wife, children and neighbors are expiated by (his) prayers, charity and enjoining good." [Al-Bukhari]

5- When the people are gathered on the Day of Resurrection, the distress increases and the sun comes near the heads of creation, those who gave in charity are shaded in the shade of the Throne of Allah The Almighty and their charities protect them from the sparks of Hellfire. The Messenger of Allah

said: "Allah Will Give shade to seven categories of people on the Day when there will be no shade but His. These include: … a person who gives charity so secretly that his left hand does not know what his right hand has given (i.e. nobody knows how much he has given in charity)." [Al-Bukhari]

6- It is increased for its giver till it becomes like a mountain. The Prophet

said: "If one gives in charity what equals one date fruit from lawfully earned money, and Allah only Accepts lawfully earned money, Allah Takes it in His right (hand) and then Enlarges its reward for that person (who has given it) as anyone of you brings up his baby horse so much that it becomes as big as a mountain." [Al-Bukhari]

7- It extinguishes sins and puts out the anger of the Lord. The Prophet

said: "Should I not tell you about the gates of good?! Fasting is a shield and charity extinguishes sin as water extinguishes fire." [At-Tirmithi and Ibn Maajah]. Another Hadeeth reads: "Secret charity puts out the anger of the Lord." [At-Tabaraani]

8- It protects its giver from Hellfire. ‘Adiyy ibn Haatim

narrated that he heard the Messenger of Allah

saying: "Save yourself from Hellfire even by giving half a date in charity." The Messenger of Allah

also said: "Whoever among you could protect himself from Hellfire with half a date in charity should do so." [At-Tabaraani]

9- It purifies the soul. Allah The Exalted Says (what means): {Take, [O, Muhammad], from their wealth a charity by which you purify them and cause them increase.} [Quran 9:103]

10- Charity is a reason for the happiness of the needy. The Prophet

said: "The best of deeds is that of keeping your believing brother happy, paying off a debt of his or feeding him." [Al-Bukhari]