The Prophet's Birthday - A Caution against Innovation - I 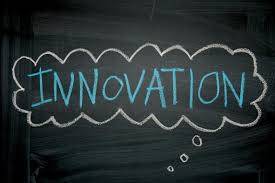 It is not permissible to celebrate the birthday of the Prophet

or somebody else. In fact, it must be stopped, as it is an innovation in the religion. The Prophet

neither celebrated it, nor commanded others to do this for himself or for any one who died before him amongst the Prophets, for his daughters, his wives, or his other relatives.

The rightly guided Caliphs, the Companions of the Prophet

or the successors who rightly followed them did not celebrate this event, nor did any one of the Muslim scholars in the centuries before. They knew the Sunnah of the Prophet

best, they loved him more, and followed the Sharee'a better than those who came after them. If celebrating his birthday was a good deed, they would have done it.

We are commanded to follow and forbidden to innovate. This is because of the perfection of the Islamic religion, the sufficiency of what Allah and His Messenger

have given us and what was accepted by Ahl As-Sunna wa Al-Jama'ah (the Muslim community of the Companions and those who followed them in the best way).

It is related to the Prophet

said: "You must keep to my Sunnah and the Sunnah of the rightly-guided Caliphs, cling to it firmly... Beware of newly invented matters, for every new matter is an innovation and every innovation is misleading."

used to say in every Friday sermon: "The best discourse is the Book of Allah and the best guidance is the guidance of Muhammad the Messenger of Allah, and the worst matter is that of innovation and every innovation is misleading.Thus, these traditions contain a strong caution against innovations and a warning that such an act is a deviation from the right course." The Prophet

warned the people of the gravity of these innovations and of their bad consequences. There are many traditions adduced in this connection.

Allah Almighty has said (what means):

"...And whatever the Messenger has given you – take; and what he has forbidden you – refrain from. And fear Allah; indeed, Allah is severe in penalty." [Quran 59: 7]

"So let those beware who dissent from the Prophet’s order, lest fitnah strike them or a painful punishment." [Quran 24: 63]

"There has certainly been for you in the Messenger of Allah an excellent pattern for anyone whose hope is in Allah and the Last Day and [who] remembers Allah often." [Quran 33: 21]

"And the first forerunners [in the faith] among the Muhajireen and the Ansar and those who followed them with good conduct – Allah is pleased with them and they are pleased with Him, and He has prepared for them gardens beneath which rivers flow, wherein they will abide forever. That is the great attainment." [Quran 9:100]

And here Allah the Almighty clearly Declares about the perfection and completion of His religion. Allay Says: (what means): "...This day I have perfected for you your religion and completed My favor upon you and have approved for you Islam as religion..." [Quran 5: 3] This verse decisively indicates that the Almighty Allah has completed the religion for this Ummah, and has showered His blessings on them.

passed away only after he had imparted the complete message of Allah Almighty to the Ummah as well as His legislations concerning sayings and deeds. He also stressed that all things invented by people and then attributed to the religion of Islam are innovations and to be rejected, even if their inventors did so in good faith.

It is established that the Companions of the Prophet

and the righteous successors after them warned the people against innovations as they add to Islam and legislate what is not permitted by Allah, in line with the enemies of Allah such as the Jews and the Christians who added to their religion and innovated what was not allowed by Allah.

Moreover, to admit innovation in Islam is to describe it as incomplete and imperfect. Such a belief is not only an evil but contradicts the following verse (which means): "...This day I have perfected for you your religion..." and the sayings of the Prophet

which warn us against innovations.

To celebrate the anniversary of the birth of Prophet

and the others, means that the Religion is not perfected by Allah (the Glorious, the Almighty) for this Ummah, and the Prophet

did not impart to the people what was necessary regarding their religious duties, till these late ones appeared and invented in the religion what is not permitted by Allah, thinking that this would bring them nearer to Allah.

Undoubtedly, this is a great danger and is tantamount to criticizing Allah the Almighty and the Prophet

whereas Allah the Almighty has already completed the religion and perfected His grace, and the Prophet

has conveyed the message openly and informed the Ummah of all such ways that will lead them to the Paradise and save them from Hell-fire.

According to an authentic Hadith, on the authority of Abdullah bin Amr bin Al-As the Messenger of Allah

It is well-known that our Prophet

is the best of all the Prophets, the last and the most perfect of them regarding the way he conveyed the message and advised his people. Had the celebration of Milad been an act of religion chosen by Allah for His servants, the Prophet

would have either explained that to his people, would have celebrated it during his life, or his Companions would have done it.

As these did not happen, it becomes clear that Islam has no concern with Milaad. On the contrary, it is one of the innovations against which the Prophet

has warned his people as mentioned earlier. A host of scholars have not only rejected the celebration of Milad but have warned against it in view of the evidences given above.

According to the rule of the Islamic Sharee'a, all matters regarding legalization or prohibition and all disputes among the people, should be referred to the Book of Allah and the Sunnah of His Messenger

in line with the sayings of Almighty Allah (which mean):

A. "O you who have believed, obey Allah and obey the Messenger and those in authority among you. And if you disagree over anything, refer it to Allah and the Messenger, if you should believe in Allah and the Last Day. That is the best [way] and best in result." [Quran 4: 59]