Our Food Values, Our Future 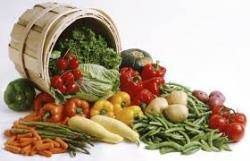 More than a fundamental necessity for living, food is a primary source for fulfilling our spiritual essence and inner functions that every man and woman needs for a conscious and balanced being. Indeed, learning the emphasis the Quran and the Sunnah place on the role food plays in the relationship of man to his Lord, the way man is to handle it, from procurement to consumption, and the extent of its impact in life, elevates consciousness and fills one with awe. Read from chapter The Thunder (what means), "And it is He who has spread the earth wide and placed on it firm mountains and running waters, and created thereon two sexes of every (kind of) plant; (and it is He who) causes the night to cover the day. Verily, in all this there are messages indeed for people who think! And there are on earth (many) tracts of land close by one another (and yet widely differing from one another); and (there are on it) vine-yards, and fields of grain, and date-palms growing in clusters from one root or standing alone, (all) watered with the same water: and yet, some of them have We favored above others by way of the food [which they provide for man and beast]. Verily, in all this there are messages indeed for people who use their reason!" [Quran 13:13-14]

Food, tell us these verses, as well as others, is linked to the chain of creation. And it does not stop here. The Quran further tells us that the first trial man had to face —while still in Paradise — had to do with a tree, a source of food; that the Israelites were in trouble because they did not like the foods He had provided them with at a point in time and insisted on Moses to ask Allah for added variety; and that the disciples of Jesus received food from Heavens, but because they did not heed Jesus' advice to seek piety through actions not miracles, they were told they will be utterly doomed in the hereafter if they were to show ungratefulness to Allah. And when it was time for the final and lasting message of God to be revealed, the Quran and the Sunnah offered what seems like a justification for establishing matters of food and eating as one of the most important aspects of religion and thus life. Evidence for this in Islam's revealed texts abound. There are, for example, more than 100 verses and hadeeths providing injunctions directly related to food and eating, including an authentic hadeeth which warns that consuming haram foods (harmful ones or those obtained through illegal, unjust and exploitive means) renders one's worship ineffective.

Why, one wonders, this strong link between abusing foods and damaging relationship with God? Looking at the world's situation today regarding food's procurement, manufacture and consumption, these injunctions are prophetic.

Never before in human history has man been more able to recklessly interfere with the environment and modify food sources through the abuse of pesticides, hormones and antibiotics, and dangerously change the nature of how it existed, genetically, since time immemorial thanks to scientific advancement and extremely aggressive business practices of big and transnational corporations that seek profit as their main goal. The consequences of this is expected, in time, to reach dangerously far beyond what we are experiencing today from the severe changes in our climate and environment, the increasing scarcity in food around the world and escalating spread of difficult-to-treat never known before illnesses.

This is not a message of doom rather, it is one about hope and the fact that we all can do something to improve the world's situation and inspire others. One thing we can start with is to eat food the halal way. This may require learning what it is, but if we remember that it prohibits abuse, harm and exploitation, to not only humans, but to animals and the environment as well, we will understand why. In addition, we support the call by many scholars and organizations for eating organic, locally and consuming wisely.

But, first and foremost know that it all begins with espousing proper attitudes and practices surrounding eating and food. It is the lack of edification of these basics, in many cultures in the past few decades, that has turned food into a symbol of greed, domination and death. We should work together to make food again a symbol and metaphor of generosity, love, courage and altruism. Together we can.