The covenant of 'Umar 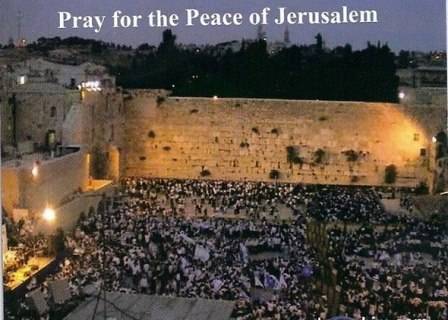 (the second Caliph) entered Jerusalem at the head of a Muslim army in 638CE, he entered the city on foot, as a gesture of humility. There was no bloodshed. On the contrary, those who wanted to leave were allowed to do so with all their possessions and were guaranteed a safe passage. While those who wanted to stay were granted protection for their lives, their property, and their places of worship.

`Umar declined the offer made by Patriarch Sophronius, chief magistrate of the surrendered city, to pray one of the five daily prayers in the Church of the Holy Sepulchre, lest in years to come Muslims might try to turn it into a mosque in his memory.

“In the Name of Allah, the Most Merciful, the Most Compassionate.

This is an assurance of peace and protection given by the servant of Allah Omar, Commander of the Believers to the people of Ilia’ (Jerusalem). He gave them an assurance of protection for their lives, property, churches and crosses as well as the sick and healthy and all its religious community.
Their churches shall not be occupied, demolished nor taken away wholly or in part. None of their crosses nor property shall be seized. They shall not be coerced in their religion nor shall any of them be injured.

The people of Ilia shall pay Jizya tax (head tax on non- Muslims living under the protection of Muslim rule; paid for utilizing the benefits of citizenship and as exemption from military service) as inhabitants of cities do.

He whoever gets out shall be guaranteed safety for his life and property until he reaches his safe haven. He whoever stays shall (also) be safe, in which case he shall pay as much tax as the people of Ilia’ do.

Nothing shall be taken from them until their crops have been harvested. To the contents of this covenant here are given the Covenant of Allah, the guarantees of His Messenger, the Caliphs and the Believers, provided they (the people of Ilia’) pay their due Jizya tax.