A Muslim should neither oppress a Muslim nor let him down 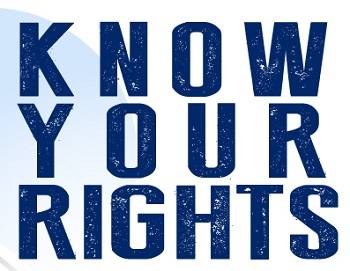 It is narrated on the authority of ‘Abdullah ibn ‘Umar

Explanation of the hadith:

“A Muslim is a brother of his fellow Muslim,” refers to the brotherhood of Islam. Any two Muslim men are described as brothers because both of them share the quality of being Muslim. This applies to the free and the slave, the mature and the one in the age of discernment.

“…he should not oppress him,” the statement is a command to refrain from oppression because a Muslim wronging another Muslim is unlawful.

“…nor should he let him down,” means that he should not leave him for anyone or anything to harm him. Instead, he should support him and avert harm from him. This is more specific than avoiding wrongness and oppression; it may be obligatory or recommended according to the different situations and states. The following addition is made in the narration of Al-Tabarani

“Nor should he despise him." He added: "It suffices a man for evil to look down upon his Muslim brother."

“Whoever fulfills the needs of his brother,” is confirmed by the narration of Muslim on the authority of Abu Hurayrah

"…and whoever relieves his (Muslim) brother of a distress," refers to whatever grief, anxiety and disaster may afflict the Muslim.

“…and whoever screens (the faults of) a Muslim,” i.e. sees him in a shameful situation and does not disclose it to the people. But, of course this does not mean not to disapprove of his evildoing in what is between them. This makes it permissible for him to witness against him concerning this act if he disapproves of it and advises him but he does not desist and rather does it publicly. A person is commanded to screen himself if he commits something shameful. But if he goes to the judge and confesses it this will not be cancelled. It seems that one is commanded to screen a sin which was actually done, and disapprove of a sin whose perpetrator is in flagrante delicto which he should condemn, otherwise he should raise his case to the judge. It is not considered a form of unlawful backbiting: it is rather an obligatory advice. It refers also to abstention from backbiting because whoever discloses the defects of his brother has not screened him.

"Allah will screen him on the Day of Judgment", is confirmed by his saying in the narration of Al-Tirmithi

on the authority of Abu Hurayrah

"Allah will screen him in the World and in the Hereafter.”

The hadeeth includes encouragement to cooperation, good companionship and conviviality. It highlights the fact that one is rewarded in accordance with the acts of worship he has offered (i.e. one reaps what he sows). The hadeeth also denotes that whoever swears that so-and-so is his brother, thereby intending the brotherhood of Islam, has not taken a false oath. This meaning is implied by a hadeeth narrated by Abu Dawood

on the authority of Suwayd ibn Hanthalah about a story between him and Wa’il ibn Hujr.