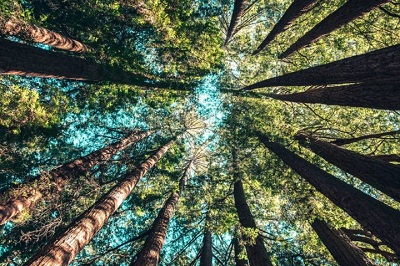 From a social perspective, the teachings of Islam aim to bring together all Muslims to be a unified entity, in conformity with the words of the Prophet

: “The example of the believers as regards their mutual love and compassion is like that of a single body. If any of its parts aches, all the other parts share in the sleeplessness and fever.” [Imam Muslim] The strong among them support the weak, and the rich help the poor. Social solidarity manifests in the Muslim community such that its objectives and implications are realized. There are many Sharee‘ah (Islamic Law) texts and provisions describing the Muslim community and how it should embody the spirit of solidarity.

There are multiple objectives for such solidarity that incorporate all the needs of the individual and the community, whether material or moral. Social solidarity means that Muslims should work together, each through his position and status, to preserve the public interests of the community as a whole and the private interests of the individuals, so that everyone in the community would feel that his rights are fulfilled and he, accordingly, is eager to fulfill his duties and obligations towards other members of his community. The scope of this solidarity then expands to encompass all people (not limited only among Muslims). Allah, the Exalted, Says (what means): {O mankind, indeed We have created you from male and female and made you peoples and tribes that you may know one another. Indeed, the most noble of you in the sight of Allah is the most righteous of you. Indeed, Allah is Knowing and Acquainted.} [Quran 49:13] Allah, the Exalted, honored Man and commanded us to treat all children of Adam

accordingly (with respect). He Says (what means): {And We have certainly honored the children of Adam.} [Quran 17:70]

: “All of you are guardians and are responsible for your subjects.” [Al-Bukhari] A man is a guardian in his family; he has rights and duties, and the same applies to the woman who has her own rights and duties. This critical task begins from the very moment a man chooses his prospective wife; he should choose someone from a righteous family to be a good building block for their family and be able to provide their children with a good upbringing that pleases Allah, the Exalted. This is why the Prophet

said: “A woman is married for four [reasons]: her wealth, her noble descent, her beauty, and her religion. So win the religious woman – otherwise, you will be a loser.” [Al-Bukhari] The marital life should be founded on mutual kindness, as Allah, the Exalted, prescribed, acting upon the instructions of the Prophet

said: “Command your children to perform prayer when they are seven years old, and beat them (for abandoning it) when they are ten.” [Imam Ahmad]