Faith in Qadhaa` and Qadr - Predestination 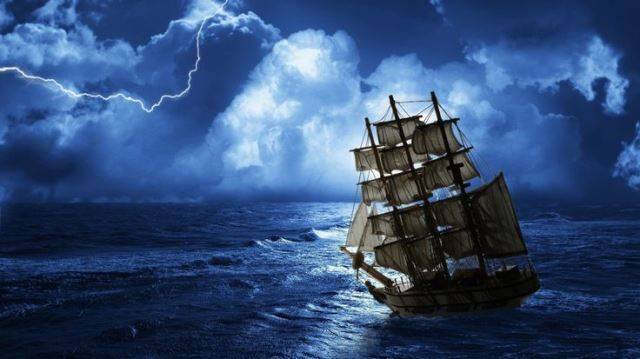 Definition of "Qadhaa' and Qadar"

When mentioned separately, either one means the other; but when stated together, they differ in their meanings e.g.: when it is generalised, Qadar encompasses Qadhaa' and vice versa. But when it is stated: 'Qadar and Qadhaa', then Qadar means the predestination of things and when the predestined matter occurs then it is Qadhaa'.

Predestination and the responsibility of man

Decree and predestination by Allah (Qadhaa' and Qadar), is a subject that has been a point of contention for scholars throughout the ages. The Messenger of Allah

once found his Companions

arguing about Qadar. He

forbade them from indulging in such a debate and told them that communities before them had been destroyed for that reason.

The issue of 'Qadhaa' and Qadar' stems from the Unity of Allah’s Attribute of Sustaining. This is one among the three Unity Attributes of Allah, which are:

1. Unity of Divinity (Tawheed Al-Uloohiyyah): It means to direct all forms of worship to Allah alone.
2. Unity in the matter of Sustaining the whole universe (Tawheed Ar-Ruboobiyyah): It means to believe that all creation, sovereignty and planning belong to Allah alone.
3. Unity in the matter of Allah’s Names and Attributes (Tawheed Al-Asmaa’ Wa Al-Sifat): It means to single out Allah with His most beautiful Names and most exalted Attributes mentioned in the Quran and Sunnah, and to have faith in their meanings and rulings.

said that Predestination is the Power of Allah and no one except Allah Knows it. And that we don’t know what Allah has destined, either for or against us.

The three opinions of this issue

1) The first opinion: According to this opinion man has no independence but is coerced into doing all that he does and he is at the mercy of fate.
There is no doubt that this opinion is wrong. By using our powers of reason and the tenets of our faith, we know that there is a difference between the things that happen without our will and those in which we play an active part.

2) The second opinion: It goes to the extreme to attribute complete power and freedom of choice to the individual, denies Allah's role and says that Allah does not know of an action until after it has occurred! This view is also mistaken.

3) The third opinion: By this opinion everything that happens falls into one of the following two categories:

i) The things that Allah does and in which no one else has any power of intervention.

ii) The actions done by all the creatures that have the power of will. These actions are a consequence of their efforts and their choice, a power that has been given to them by Allah. Allah Says in the Quran (what means): “Among you are some that desire this world and some that desire the Hereafter.” [ Quran 3:152]

Comparing with the first and second opinions the third one is the accurate and sensible opinion.

Man knows very well the difference between what he does of his own free will and what he does because of external force. Certain actions are done by choice and others by compulsion.

Some certain actions are from the voluntary power of the individual but are recorded as if they are not, and so he is not held answerable for them in such cases as forgetfulness or during sleep. The Prophet

said: “The one who forgets while fasting and eats and drinks, he should complete his fast because Allah is the One who feeds him and gives him drink.” [At-Tirmithi]

Thus, actions done in a state of forgetfulness are attributed to Allah Himself. The first group mentioned earlier distorts the facts. We would not be able to praise someone for his good actions or castigate someone who voluntarily does wrong, because we would have attributed all their actions to the will of Allah. Another dangerous implication of this argument is that Allah Almighty behaves unjustly if He punishes the disobedient and rewards the good, as He alone is the source of all these actions. Not only is such reasoning nonsensical, but contradictory to the Quran as well.

Allah clearly states that His punishments are not cruel but just, since He has already warned His creatures and sent them guidance, and defined the paths of piety and disobedience. Man, thus, has total freedom to choose either path. Allah Says (what means): “Messengers are bearers of good news as well as warning in order that mankind should have no plea against Allah after the Messengers” [Quran 4:165]

The Quran and reality also refute those who go to the other extreme of giving man complete freedom of action, leaving no role for Allah. We are told that the will of man follows the will of Allah Who Says (what means): “…to whomever among you wills to go straight. But you shall not will except as Allah, The Lord of the Worlds, wills.” [Quran 81: 28,29]

Those who hold this view reject Allah’s Omniscience, one of His essential Attributes, by effectively claiming that in His Kingdom, there are many things which He does not wish or create. If Allah wishes a thing, it is only that He Says unto it (what means): "‘Be’! And it is (there)". Allah guides those who want to be guided, and misguides those who do not wish to receive guidance. Allah Says (what means): “Then when they turned away (from the Path of Allah), Allah turned their hearts away (from the Right Path).” [Quran 61:5]

In other words, the wish to be pious emanates from the individual himself, and Allah guides him because of this. Allah has decreed everything, but this doesn't mean to sit at home and wait, rather, we should work hard. Thus, there are many routes open to the discretion of man, and it is up to him to choose the one he wishes to follow.

Man does what he wants, but his will follows that of Allah. Allah decrees guidance for the person who wants guidance. For the one who doesn’t want to be guided, Allah decrees misguidance.

1. Knowledge: Man must believe with total certainty that Allah is All-Knowing.

2. Writing: Allah has written all His knowledge of the fate of His creatures in the Preserved Tablet, as He Says in the Quran (what means): “Know you not that Allah Knows all that is in the heaven and on earth? Indeed it is (all) in the Book (Preserved Tablet)...” [Quran 22:70]

3. Will: Everything exists with Allah's Will. Allah Says (what means): “…to whomever among you wills to go straight. But you shall not will except as Allah, the Lord of the Worlds, wills.” [Quran 81: 28,29]

Thus, our faith is not complete unless we believe that Allah’s Will is total and all-embracing.

4. Creation: Allah is the Creator of everything, even Death, although it is the absence of Life.

But, this does in no way belittle our choice and will. For example, fire burns. The One Who gave this power to fire is Allah, as fire on its own does not have the capability to burn. Allah Says (what means): “We (Allah) said: “O fire! Be you cool, and safety for Ibraheem (Abraham)!” [Quran 21:69]

Allah gave man the power to choose and act according to his decisions.