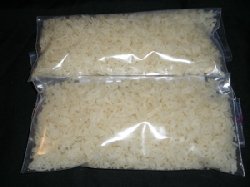 Needless to say, we owe our ability to perform righteous deeds to the Favor of Allah, The Most Exalted. Had Allah left us alone to depend on ourselves, we would have been inevitably doomed, because Satan is always attacking us hoping to misguide us. Allah Says (what means):

-      {(Satan) said (to Allah Almighty), do You see this one (Aadam) whom You honored above me, If You delay me until the day of Resurrection, I will surely destroy his descendants, except for a few.} [Quran 17:62]

-      {(Satan) said, because You have put me in error, I will surely sit in wait for them, on your straight path. Then I will come to them from before them, and from behind them, and on their right and on their left and You will not find most of them grateful.} [Quran 7:16-17]

But Allah protected His sincere slaves, as He Says (what means): {Indeed, My slaves- no authority will you have over them…} [Quran 15:42]

If one utilizes all means of good, seeking the help from Allah, trusting Him and knowing that there is no refuge except in Him, only then can he hope for good to result.
We must beware of committing things which might result in wasting our deeds, like showing off, arrogance and pride. We have to always remember that if it was not for the help of Allah, we would never have acted nor been guided to the Straight Path. Allah Says (what means): {…..And if it was not for the Favor of Allah upon you and His mercy, you would have followed Satan except for a few.} [Quran 4:83]

The more a believer is sincere in deeds, the better and more righteous they are. A believer is never arrogant, and he fears that something might occur to put his deed to waste and make it useless. Allah Says (what means): {O you who have believed, obey Allah and obey the Messenger and do not invalidate your deeds.} [Quran 47:33] He, The Most Exalted, also Says (what means): {And do not be like she who untwisted her spun thread after it was strong [by] taking your oaths as [means of] deceit between you because one community is more plentiful [in number or wealth] than another community. Allah only tries you thereby. And He will surely make clear to you on the Day of Resurrection that over which you used to differ….} [Quran 16:92]

performed the righteous deeds and feared that it might not be accepted from them, which reflects strength in their faith and their knowledge regarding their Lord. They feared they would fall into hypocrisy. One of them said: “Only a believer would fear hypocrisy on himself, and only a hypocrite feels secured.”

As we are approaching the end of Ramadan, we have to be so be grateful that Allah, The Most Exalted, made us live long enough to reach it, enabled us to fast it, pray the night prayers and recite the Quran during it. We also need to be grateful that we went through Ramadan with good health, peace and security. We have to ask our Lord that we end Ramadan in a good situation, and that He accept our deeds, because this is the objective and this is what we hope for.