Honoring the Ordinances… Even While Sleeping - I 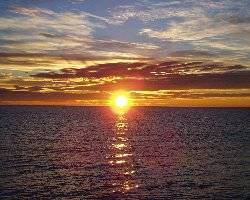 I will tell you about something which is neither a part of imagination nor a claim without evidence. Rather, it is a real life story whose hero enjoys unmatchable morals and a resplendent biography. The fragrance of his life diffused because he honored the sacred Ordinances of His Lord. Therefore, Allah The Almighty Exalted his degree. He is Ibn Seereen

. It is narrated that he said, "I never had sex with a woman either while awake or sleeping but with Umm ‘Abdullaah (his wife)." "Whenever I see a woman in a dream and realize that she is not lawful to me, I turn my eyes from her." [Taareekh Dimishq by Ibn ‘Asaakir]

We have yet another star, ‘Ali ibn Al-Husayn

said to the Companions, may Allah be pleased with them: "Are you surprised at Sa‘d's jealousy? By Allah, I am more jealous than he, and Allah is more Jealous than me. Because He is Jealous, He forbade immorality -- what is apparent of them and what is concealed." [Al-Bukhari and Muslim]
Allah The Almighty Says (what means): {That [has been commanded], and whoever honors the sacred ordinances of Allah - it is best for him in the Sight of his Lord.} [Quran 22: 30]
Commenting on the verse, Ibn Katheer

was careful to build a strong barrier between us and sins. In a Hadeeth (narration), he warned us saying: "Beware of sins that are seen as insignificant, for they will keep accumulating until they destroy a man." [Al-Albaani: Saheeh]
The Messenger of Allah

Honoring the Ordinances… Even While Sleeping - II