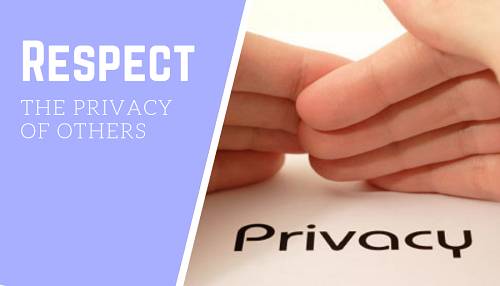 On my way to the place I was heading to in a mall in Kuwait in the company of some foreign guests and colleagues, a woman stopped me to ask me a question. She then went on to request my counsel on a private social problem that was troubling her.

As she started relating her story, I advised her to consult specialists and recommended that she seek the help of the Social Development Office. I gave her the names of some specialists who would help with her problem.

The woman was standing too close to me, causing me inconvenience and drawing people’s attention. She noticed my embarrassment as I moved away from her to keep a suitable distance between us, and she said: “Forgive me! I have severe hearing impairment,” pointing to the hearing aid in her ear.

One of the colleagues who were accompanying me did me and that woman a great favor. He was a young teacher at a school in Khalidiya (a suburb of Kuwait City), and he was waiting with the guests while I finish my conversation with the sister. As we were talking, a young man shopping at the mall was filming me while I was standing with the woman – who was all dressed up – without my knowledge. The young man kept moving around with his camera with glee, trying to capture his rare prey!

My teacher friend hurried over to the young man and asked him to delete the photo or video and gave him a lesson in good morals and proper manners.

The urgent question that arises here is:

How do we understand and evaluate such behavior, which has become more of a phenomenon in our social life?

Why do people compete in taking photos of others’ private affairs with no regard to social and religious values ​​and traditions?

Why have large segments of society become obsessed with capturing photos of scenes that are inappropriate to be filmed according to reason, common sense, and religion and then post them without the least shame or fear?!

Are we suffering from insanity, a mass obsession, or emotional emptiness, seeking self-fulfillment through chasing after an “exclusive” photo or “perfect” shot here and there?!

If this phenomenon is difficult to control legally, how could we address it socially?

This problem requires that we exert extensive effort to address it. People have suffered from terrible experiences because of photos taken of innocent women and men who then fell victims to crimes as a result.

However, the meaning that I wish to stress and emphasize in the incident that occurred to me is the action of the teacher who took the initiative to forbid this young man who photographed me without permission and for no need and made him delete the photo or video.

In such situations, a person’s sense of social responsibility arises because “This religion is (founded on the exchange of sincere) advice”, and the law cannot accommodate all the details and novelties of life.

This reminds me of the story related by the British orientalist Michael Cook, who studied Islam and wrote a huge book entitled Commanding Right and Forbidding Wrong in Islamic Thought, and it was translated (into Arabic) by Dr. Radhwaan As-Sayyid.

As stated in the introduction, Cook’s motive for writing this book was an incident reported in the New York Times about a woman who was raped in a train station in Chicago in the presence of several people on the eve of Thursday, 22 September 1988. What provoked Cook about this rape incident was that no one moved a muscle to help the woman or heed her calls for help although the incident occurred during rush hour!

In his book, Michael Cook expressed his admiration for the theory of moral obligation stipulated by the provisions of the Islamic Sharee‘ah, and he showed more interest in the necessity to highlight the “individual duty” rather than the role of rulers in forbidding evil, which is known in Islamic terminology as “the institution of Hisbah (accountability)”.

Due to the prevalence of the culture of audacity and encroachment on people’s privacy, it is necessary to renew and revive this social value and to encourage it and channel it; otherwise, we might get used to the violation of people’s rights, surrender to the encroachment on their privacy, and keep silent about what we are able to prevent or curb in our lives. Heeding our “individual duty” would grant us all psychological and social security. Passively refraining from rescuing a woman being raped is but the outcome of the increasing levels of compromises and indifference in societies that have become emotionally numb.