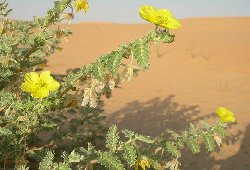 There was a group of believers who were subjected to such atrocious torment that it would make one’s blood run cold. Those who were of high social standing were protected to some extent, but many besides them were subjected to much harm. For example, Abu Bakr, may Allah be pleased with him, had his head covered with dust, and  was beaten savagely with shoes in Al-Masjid Al-Haraam, to the extent that he was carried home in a state close to death. The uncle of ‘Uthmaan ibn ‘Affaan, may Allah be pleased with him, would wrap him in a straw mat and then light a fire under him. Also, the mother of Mus‘ab ibn ‘Umayr, may Allah be pleased with him, was one of the wealthiest people of that era, and when she knew that he had accepted Islam, she expelled him from her house and forbade him from eating and drinking  - due to the severe effects of which his skin peeled off.

The weak from amongst the Muslims, especially the slaves and bondmaids, did not find anyone to protect them. In fact, their masters themselves were the ones who would torture them. They used to make them wear iron shields and expose them to the scorching sun. Also, they made the boys of Makkah drag them through its alleyways.
Suhayb ibn Sinaan, may Allah be pleased with him, was tortured to the extent that he lost consciousness. ‘Umayyah ibn Khalaf used to put a rope around the neck of Bilaal, may Allah be pleased with him, then give this rope to street urchins to drag him around the mountains of Makkah. The rope would leave marks on his neck. Furthermore, he would lie him down on his back at noontime in Bat-haa’ Makkah and place a huge rock on his chest, then he would say, “By Allah, you will remain like this until you either die or disbelieve in Muhammad and worship Al-Laat and Al-‘Uzza.” Bilaal, may Allah be pleased with him, would reply, saying, “Allah is One, Allah is One”. He would say later that had he known a word that would have aggravated them more, then he would have said it.
‘Ammaar ibn Yaasir, may Allah be pleased with him, was also tortured by heat; at times, hot rocks were piled on his chest. At other times, his head was held under water until he would lose consciousness. He was told that he would not be left alone until he insulted the Prophet,

, or praised Al-Laat and Al-‘Uzza. Therefore, he was forced to agree. He later went to the Prophet,

, crying, and apologized to him. It was then that Allah The Almighty revealed the verse (what means): {Whoever disbelieves in Allah after his belief... except for one who is forced [to renounce his religion] while his heart is secure in faith} [Quran 16:106]
His father died while being tortured and his mother died after Abu Jahl, may Allah curse him, stabbed her in her private parts with a spear.
Also, Khabbaab ibn Al-Aratt, may Allah be pleased with him, was tortured by his mistress, who would bring a hot piece of iron and put it on his back or head, trying to get him to disbelieve in Muhammad,

. Moreover, the disbelievers would twist his neck, pull his hair and throw him onto fire. They would drag him over it until the fat on his back would melt and drip onto the fire, extinguishing it.
Sa‘eed ibn Jubayr, may Allah be pleased with him, said that he once asked ‘Abdullaah ibn ‘Abbaas, may Allah be pleased with him, “Did the disbelievers torture the Companions of the Prophet

, was unable to do anything to prevent this harm, but he would remind them of the great reward with Allah The Almighty that awaited them because of their patience and because they sought His reward. The Prophet,

, would tell them about the hardships that the believers before them had faced and about the bright future the Muslims would have. He would tell them that Islam would gain the upper hand to the extent that Muslims would go from Hadhramawt to San‘aa’ without fearing anyone except Allah The Almighty. These words had a great effect in making the believers steadfast in their determination to support the religion until Allah The Almighty relieved them from their distress, honored them, granted them victory over their enemies, completed His religion for them and perfected His grace on them.

Disbelievers of Quraysh Mistreat the Believers – I