The imaginary mechanism of evolution 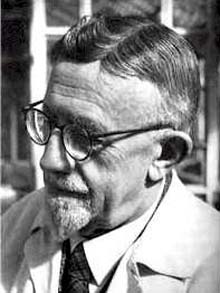 The neo-Darwinist model, which we shall take as the “mainstream” theory of evolution today, argues that life has evolved through two naturalistic mechanisms: “natural selection” and “mutation”. The basic assertion of the theory is as follows: Natural selection and mutation are two complementary mechanisms. The origin of evolutionary modifications are random mutations that take place in the genetic structure of living things. The traits brought about by mutations are selected by the mechanism of natural selection and this is the means by which living things evolve.

When we further probe into this theory, we find that there is no such evolutionary mechanism at all, because neither natural selection nor mutations make any contribution to the claim that different species have evolved and transformed into one another.

Natural selection is a natural process

As process of nature, natural selection was familiar to biologists before , who defined it as a “mechanism that keeps species unchanging without being corrupted”. was the first person to put forward the assertion that this process had evolutionary power, and on the basis of this assumption he erected his entire theory of evolution. The name he gave to his book indicates that natural selection was the basis of ’s theory: ''The Origin of Species, by means of Natural Selection… ''

''No one has ever produced a species by mechanisms of natural selection. No one has ever got near it and most of the current argument in neo-Darwinism is about this question.''

Natural selection holds the view that those living things which are more suited to the natural conditions of their habitats will prevail by having offspring that will survive, whereas those that are unfit will disappear. For example, in a deer herd under the threat of wild animals, naturally those that can run faster will survive. That is true. But no matter how long this process goes on, it will not transform those deer into another living species. The deer will always remain deer.

When we look at the few incidents the evolutionists have put forth as observed examples of natural selection, we see that these are nothing but a simple attempt to hoodwink.

In 1986, Douglas Futuyman published a book, The Biology of Evolution, which is accepted as one of the sources explaining the theory of evolution by natural selection in the most explicit way. The most famous of his examples on this subject is about the colour of the moth population, which appeared to darken during the Industrial Revolution in .

According to the account, around the outset of the Industrial Revolution in , the colour of the tree barks around was quite light. Because of this, dark-colored moths resting on those trees could easily be noticed by the birds that fed on them and therefore they had very little chance of survival. Fifty years later, as a result of pollution, the barks of the trees had darkened and this time light-colored moths became the most hunted. As a result, the number of light-colored moths decreased whereas that of the dark-colored ones increased since the latter were not easily noticed. On the one hand, evolutionists use this as an important evidence to prove their theory. On the other hand, they take refuge in obscurantism by window-dressing the questions regarding how the light–colored moths “evolved” into dark-colored ones.

It should be quite clear that this example can in no way be used as evidence for the theory of evolution, because natural selection gave rise to a new form that had not existed before. Dark colored  moths existed in the moth population before the Industrial Revolution. Only the relative proportions of the existing moth varieties in the population changed. The moths had not acquired a new trait or an organ, which would cause a ‘speciation'. In order to have a moth turn into another living species, a bird for example, new additions would have had to be made to the genes. That is, an entirely separate genetic program would have had to be loaded to include information about the physical traits of the bird.

Briefly, natural selection does not have the capability to add a new organ to a living organism, remove one, or change the organism into another species – quite contrary to the image that evolutionists conjure up. The “greatest” evidence put forward since has been able to go no further than the “industrial melanism” of the moths in .

There is nothing that natural selection contributes to the theory of evolution, because this mechanism can never increase or improve the genetic information of a species. Neither can it transform one species into another: a starfish into a fish, a fish into a frog, a frog into a crocodile or a crocodile into a bird. The biggest defender of punctuated equilibrium, Gould, refers to this deadlock of natural selection as follows:

"The essence of Darwinism lies in a single phrase: natural selection is the creative force of evolutionary change. No one denies that natural selection will play a negative role in eliminating the unfit. Darwinian theories require that it create the fit as well. "

Another of the misleading methods that evolutionists employ on the issue of natural selection is their effort to present this mechanism as a 'conscious designer'. However, natural selection has no consciousness. It does not possess a will that can decide what is good and what is bad for living beings. As a result, natural selection cannot explain biological systems and organs that have the feature of “irreducible complexity”. These systems and organs are composed of the co-operation of a great number of parts and they are of no use if even one of these parts is missing or defective. (For example, the human eye does not function unless it exists with all its details). Therefore, the will that brings all these parts together should be able to figure the future in advance and aim directly for the benefit that is to be acquired at the last stage.

Since natural mechanism has no consciousness or will, it can do no such thing. This fact which demolishes the foundations of the theory of evolution, also worried : “If it could be demonstrated that any complex organ existed, which could not possibly have been formed by numerous, successive, slight modifications, my theory would absolutely break down.''

Natural selection only selects out the disfigured, weak or unfit individuals of a species. That is, it cannot make anything evolve. accepted this reality by saying: “Natural selection can do nothing until favourable variations chance to occur.” This is why neo-Darwinism has had to elevate mutations next to natural selection as the “cause of beneficial changes.” However as we shall see, mutations can only be “the cause for harmful changes.”