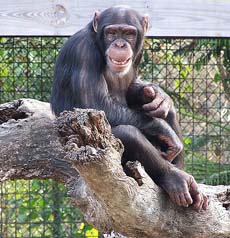 Most of the scientists who believe in evolution accept the neo-Darwinist theory of slow, gradual evolution. In recent decades, however, a different model has been proposed. Called “punctuated equilibrium”, this model rejects the Darwinist idea of a cumulative, step-by-step evolution and holds that evolution took place instead in big, discontinuous “jumps”.

The first vociferous defenders of this notion appeared at the beginning of the 1970s CE. Two American paleontologists, Niles Eldredge and Stephen Nay Gould, were well aware that the claims of the neo-Darwinist theory were absolutely refuted by fossil records. Fossils proved that living organisms did not originate by gradual evolution, but appeared suddenly and fully-formed. Neo-Darwinists were living with the fond hope -- they still do -- that the lost transitional forms would one day be found. Realising that this hope was groundless, Eldredge and Gould were nevertheless unable to abandon their evolutionary dogma, so they put forward a new model: punctuated equilibrium. This is the claim that evolution did not take place as a result of minor variations but rather in sudden and great changes.

This model was nothing but a model for fantasies. For instance, European paleontologist O.H. Shindewolf, who led the way for Eldredge and Gould, claimed that the first bird came out of a reptile egg as a “gross mutation”, that is, as a result of a huge “accident” that took place in the genetic structure. According to the same theory, some land-dwelling animals could have turned into giant whales having undergone a sudden and comprehensive transformation. These claims, totally contradicting all the rules of genetics, biophysics and biochemistry are about as scientific as the fairy tales about frogs turning into princes! Nevertheless, being distressed by the ``crisis that the neo-Darwinist assertion was in'', some evolutionist paleontologists embraced this theory, which had the distinction of being even more bizarre than neo-Darwinism itself.

The only purpose of this model was to provide an explanation for the unexplained gaps in fossil records that the neo-Darwinist model could not explain. However, it is hardly rational to attempt to explain the fossil gap in the evolution of birds with a claim that “a bird popped all of a sudden out of a reptile egg”, because by the evolutionists’ own admission, the evolution of one species to another requires a great and advantageous change in genetic information. However, no mutation whatsoever improves the genetic information or adds new information to it. Thus the “gross mutations” imagined by the punctuated equilibrium model would only cause “gross”, that is “great” reductions and impairments in the genetic information.

Moreover, the model of “punctuated equilibrium” collapses from the very first step by its inability to address the question of the origin of life, which is also the question that refutes the neo-Darwinist model from the outset. Since not even a single protein can have originated by chance, the debate over whether organisms made up of trillions of those proteins have undergone a “punctuated” or “gradual” evolution is senseless.

Before doing so, it may be useful to remind the reader that the reality we will be confronting at every stage is that the evolutionary scenario is a fairytale, a great deceit totally at variance with all scientific facts and evidence. It is a scenario that has been used to deceive the world for the past 140 years. Thanks to the latest scientific discoveries, its continued defence has at last become impossible.

The Quran states that Allah will show us His signs, in the world around us and within ourselves, at which the people of understanding will have increased faith. Unlike what evolutionist scientists would have us believe, Allah has not created the world in vain, it has a specific purpose and underlying design. In spite of misleading obscurantist agendas, it is our duty to unravel the truth and expose falsehood.