A figment of Darwin’s imagination 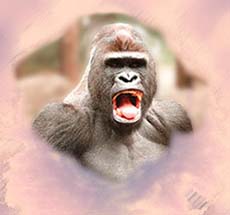 If Darwin himself realized the "difficulties" in proving his theory, why are evolution scientists adamant on propagating his hypothesis as natural law?

The person, who put forward the theory of evolution in the form that is propagated and defended today, was an amateur English naturalist, Charles Robert Darwin.

had never undergone a formal education in biology. He took only an amateur interest in the subject of nature and living things. His interest spurred him to voluntarily join an expedition on board a ship named H.M.S. Beagle that set out from in 1832 CE and traveled around different regions of the world for five years. Young Darwin was greatly impressed by various living species, especially by certain finches that he saw in the . He thought that the variations in their beaks were caused by their adaptation to their habitat. With this idea in mind, he supposed that the origin of life and species lay in the concept of “adaptation to the environment”. According to , different living species were not created separately by Allah, but rather came from a common ancestor and became differentiated from each other as a result of natural conditions.

’s hypothesis was not based on any scientific discovery or experiment; in time however he turned it into a pretentious theory with the support and encouragement he received from the famous materialist biologists of his time. The idea was that the individuals that adapted to the habitat in the best way transferred their qualities to subsequent generations; these advantageous qualities accumulated in time and transformed the individual into a species totally different from its ancestors. (The origin of these “advantageous qualities” was unknown at the time). According to , man was the most developed outcome of this mechanism.

called this process “evolution by natural selection”. He thought he had found the “origin of species”: the origin of one species was another species. He published these views in his book titled The Origin of Species, By Means of Natural Selection in 1859 CE.

was well aware that his theory faced lots of problems. He confessed these in his book in the chapter “Difficulties of the Theory”. These difficulties primarily consisted of the fossil record, complex organs of living things that could not possibly be explained by coincidence (e.g. the eye), and instincts of living beings. hoped that these difficulties would be overcome by new discoveries; yet this did not stop him from coming up with a number of very inadequate explanations for some. The American physicist Lipson made the following comment on the “difficulties” of : "On reading The Origin of Species, I found that was much less sure himself than he is often represented to be; the chapter entitled “Difficulties of the Theory” for example, shows considerable self-doubt. As a physicist, I was particularly intrigued by his comments on how the eye would have arisen."

While developing his theory, was impressed by many evolutionist biologists preceding him, and primarily by the French biologist, Lamarck. According to Lamarck, living creatures passed the traits they acquired during their lifetime from one generation to the next and thus evolved. For instance, giraffes evolved from antelope-like animals by extending their necks further and further from generation to generation as they tried to reach higher and higher branches for food. thus employed the thesis of “passing the acquired traits” proposed by Lamarck as the factor that made living beings evolve.

But both Darwin and Lamarck were mistaken, because in their time life could only be studied with very primitive technology and at a very inadequate level. Scientific fields such as genetics and biochemistry did not exist even in name. Their theories therefore had to depend entirely on their powers of imagination.

While the echoes of ’s book reverberated, an Austrian botanist by the name of Gregor Mendel discovered the laws of inheritance in 1865 CE. Not much heard of until the end of the century, Mendel’s discovery gained great importance in the early 1900s. This was the birth of the science of the genes and the chromosomes were discovered. The discovery of the DNA molecule that incorporates genetic information in the 1950s threw the theory of evolution into a great crisis. The reason was the incredible complexity of life and the invalidity of the evolutionary mechanisms proposed by .

These developments ought to have resulted in ’s theory being banished to the dustbin of history. However, this was not to be, because certain circles insisted on revising, renewing and elevating the theory to a scientific platform. These efforts gain meaning only if we realise that behind the theory lay ideological intentions rather than scientific concerns.

was a human being, fallible in his judgment and prone to error. It is worth pondering over, why do evolutionists insist upon elevating his theory to the level of gospel truth and the person who proposed it to the status of demi-god?