Islam stands the test of history 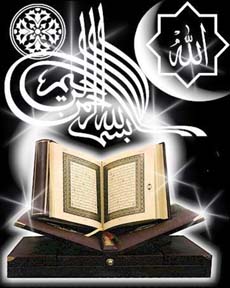 Muslims claims that Islam is the eternal religion. Any claim of this kind invites people to judge its validity on historical grounds. If latter day history testifies to its claim, it stands endorsed, otherwise it must be rejected. Marxism in the 20th century CE is a clear-cut example of historical rejection. According to his concept of historical determinism, Karl Marx held that modern industrial Capitalism bore within it the seeds of its own destruction. He further observed that according to its own inherent laws, its antithesis would emerge which would destroy it whereupon a new synthesis would come into being. But, quite contrary to his prediction, industrial Capitalism has not only survived, but is making great progress. Historical events have thus buried Marxist theory. Then there is the case of Adolph Hitler who made grandiose claims that Germans were the “master race” and were destined to rule over all of . The rout of Hitler and his Nazi party at the end of World War II put paid to all such theorizing.

But the case of Islam is quite different. Even after a period of more than 1400 years, Islam has suffered no erosion of its validity. The well known British historian, Edward Gibbon, describes the rise and expansion of Islam as: “one of the most memorable revolutions which has impressed a new and lasting character on the nations of the globe.”

An Indian historian, M.N. Roy, has observed:  “Muhammad must be recognized as by far the greatest of all prophets, before or after him.” He goes on to say that “the expansion of Islam is the most miraculous of all miracles.” (The Historical Role of Islam, pp. 4-5)

The American writer, Michael Hart, in his book, “The 100” has made a selection of the 100 most influential persons in history, who have achieved the most outstanding success in this world. Right at the top of this list is the Prophet Muhammad

(may Allah exalt his mention)  of whom the author writes: “He was the only man in history who was supremely successful on both religious and secular levels.”

The great success that Prophet Muhammad

had predicted for his mission at the very outset came true. This success came in spite of the stiff opposition which Prophet Muhammad

faced right from the beginning, both from within his own family and from the outside world. This was in 610 CE, the year when he first started receiving divine revelations. At this stage he felt totally helpless. But then, in this adverse situation, he received a revelation from Allah, which says (what means): “They want to extinguish Allah’s light with their mouths. But Allah will perfect His light, even though the unbelievers may detest it. It is He who has sent His Messenger with guidance and the Religion of Truth, so that he may exalt it over all religions, much as the pagans may dislike it.” [Quran 61:8-9]

At the very beginning of his prophetic career, the Quran declared that Prophet Muhammad

would certainly succeed in his mission. All his opponents, however powerful they might be, would ultimately be defeated. (This is pointed out at several places in the Quran in different wording). In history we find numerous personalities who began their work with towering claims, but none of them achieved the success they envisioned. Throughout human history, Prophet Muhammad

is the only exception to this rule, in that his predictions were fulfilled to the fullest extent.

Through the efforts of the Prophet

and his companions, a unique event took place: starting from scratch, they succeeded in extending their influence to the entire populated world of that age. During this brief period, they not only conquered but also succeeded in crushing the two great empires of their time – the Roman and the Sasanid empires. This exceptional phase in history has been almost universally acknowledged by historians.

The Quran was revealed prior to the modern age of knowledge, yet 1400 years ago at the time of its revelation, the Quran declared that the proof of its divine origin lay in its being in complete accordance with historical facts and its consistency with contemporary discoveries and those that might be made in future times. Advances may be made in human knowledge, but they will never contradict Quranic statements. To a remarkable degree, latter day history has testified to this. While many statements contained in all the ancient books have been at loggerheads with the latest scientific discoveries, the Quran is unique in steering clear of all such contradiction.

As the Quran says (which means): “Do they not ponder on the Quran? Had it been from other than God, they would surely have found therein much discrepancy.” [Quran 4:82]. (The word “discrepancy” here means inconsistency, that is, a Quranic statement not agreeing with eternal knowledge).

Much has been written on this aspect of the Quran  in modern times. The French scientist, Maurice Bucaille, has shown in detail in his book, The Bible, The Quran and Modern Science, how  the statements contained in the Quran are astonishingly in exact accordance with the discoveries of modern science. This shows that the Quran perfectly comes up to the scientific standards.

This development of human knowledge in favor of Quranic contents is no mere accident. It is another historical proof that the Quran is a Book revealed by the Creator of the Universe, Whose Knowledge is not bound by the  limitations of space and time. Hence we find in the Quran a unique prediction to this effect (what means): “We will soon show them Our signs in the Universe and in their own souls, untill they clearly see that it is the truth.” [Quran 41:53]

After completing his comparative study of the Quran and modern science, Maurice Bucaille comes to this conclusion :

“In view of the level of knowledge in Muhammad’s day, it is inconceivable that many of the statements in the Quran which are connected with science could have been the work of a man. It is moreover, perfectly legitimate, not only to regard the Quran as the expression of a Revelation, but also to award it a very special place, on account of the guarantee of authenticity it provides and the presence in it of scientific satements which, when studied today, appear as a challenge to explanation in human terms.” (p. 252)

To sum up, there is no other scripture that, having challenged all of mankind to disprove its authenticity as the Quran did, finally gained total rational support for its supernatural origin and veracity, even from its most bitter opponents. And there is no other historic figure whose future success was as uncertain as that of the Prophet Muhammad

who was finally crowned with such supreme success.