The myth of 'self organization of matter' 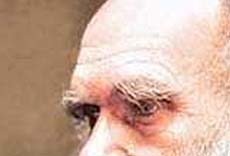 Quite aware that the Second Law of Thermodynamics renders evolution impossible, some evolutionist scientists have made speculative attempts to close the gap between the two, so as to render evolution possible. As usual, even those endeavors show that the theory of evolution faces an inescapable impasse.

One person distinguished by his efforts to marry thermodynamics and evolution is the Belgian scientist Ilya Prigogine. Starting out from the 'Chaos Theory', Prigogine proposed a number of hypotheses in which ordered forms come into existence from chaos (disorder). He argued that some open systems can portray a decrease in entropy due to an influx of outer energy and the resultant outcome “ordering”, is a proof that “matter can organize itself.” Since then, the concept of the “self-organization of matter” has been quite popular among evolutionists and materialists. They act like they have found a materialistic origin for the complexity of life and a materialistic solution for the problem of life’s origin.

But a closer look reveals that this argument is totally abstract and in fact just wishful thinking. Moreover, it includes a very naïve deception. The deception is the deliberate confusion of two distinct concepts, “self organization” and “self ordering.”

We can explain it by an example. Imagine a sea shore with different types of stones mixed with each other -- big stones, smaller stones and very tiny ones. When a strong wave hits the shore, there may appear an “ordering” among the stones. The water will raise the ones with equal weights in equal amounts. When the wave goes back, the stones may possibly be ordered from the smallest to the biggest towards the sea.

This is a “self ordering” process: the seashore is an open system and an influx of energy (the wave) may cause an “ordering”. But note that the same process can not make a castle of sand in the seashore. If we see a castle made of sand, we are sure that someone has made it. The difference between the castle and the “ordered” stones is that the former includes a very unique complexity, while the latter includes only repetitive order. It is like a typewriter typing “aaaaaaaaaaaaaaa” for hundreds of times – because an object (an influx of energy) fell onto the letter “a” on the keyboard. Of course, such a repetitive order of “a” s does not include any information and thus any complexity. You need a conscious mind to have a complex sequence of letters that includes information.

The same thing applies when wind enters a room full of dust. Before this influx, the dust may be scattered around. When the wind comes in, the dust may be collected in a corner of the room. This is “self ordering”. But the dust never “self organizes” itself and creates a picture of a man on the floor of the room.

These examples are quite similar to the ‘self organization' scenarios of evolutionists. They argue that matter has a tendency for self organization, then give examples of self ordering and then try to confuse both concepts. Prigogine himself gave examples of self ordering molecules during influx of energy. The American scientists Thaxton, Bradley and Olsen, in their book titled The Mystery of Life’s Origin, explain this fact as follows:

“…In each case random movements of molecules in a fluid are spontaneously replaced by a highly ordered behavior." Prigogine, Eigen and others have suggested that a similar sort of self-organization may be intrinsic in organic chemistry and can potentially account for the highly complex macromolecules essential for living systems, but such analogies have scant relevance to the origin-of-life question. A major reason is that they fail to distinguish between order and complexity.

"… Regularity or order cannot serve to store the large amount of information required by living systems. A highly irregular, but specified structure is required rather than an ordered structure. This is a serious flaw in the analogy offered. There is no apparent connection between the kind of spontaneous ordering that occurs from energy flow through such systems and the work required to build a periodic information-intensive macromolecule like DNA protein.”

In fact, Prigogine himself had to accept that his arguments do no count for the origin of life. He said:

“The problem of biological order involves the transition from the molecular activity to the supermolecular order of the cell. This problem is far from being solved.”

Then, why do evolutionists still try to believe in unscientific scenarios like “self organization of matter”? Why do they insist on rejecting the manifest intelligence in living systems? The answer is that they have a dogmatic faith in materialism and they believe that matter has some mysterious power to create life. A professor of chemistry from and  DNA expert, Robert Shapiro explains this belief of evolutionists and the materialist dogma lying at its base as follows:

“Another evolutionary principle is therefore needed to take us across the gap from mixtures of simple natural chemicals to the first effective replicator. This principle has not yet been described in detail or demonstrated, but it is anticipated, and given names such as chemical evolution and self-organization of matter. The existence of the principle is taken for granted in the philosophy of dialectical materialism, as applied to the origin of life by Alexander Oparin.”

This situation makes it clear that evolution is a dogma that is against empirical science and the origin of living beings can only be explained by the intervention of a supernatural power. That supernatural power is Allah (God), who created the entire universe from nothing. Science has proven that evolution is still impossible as far as thermodynamics is concerned and the existence of life has no explanation but Creation.